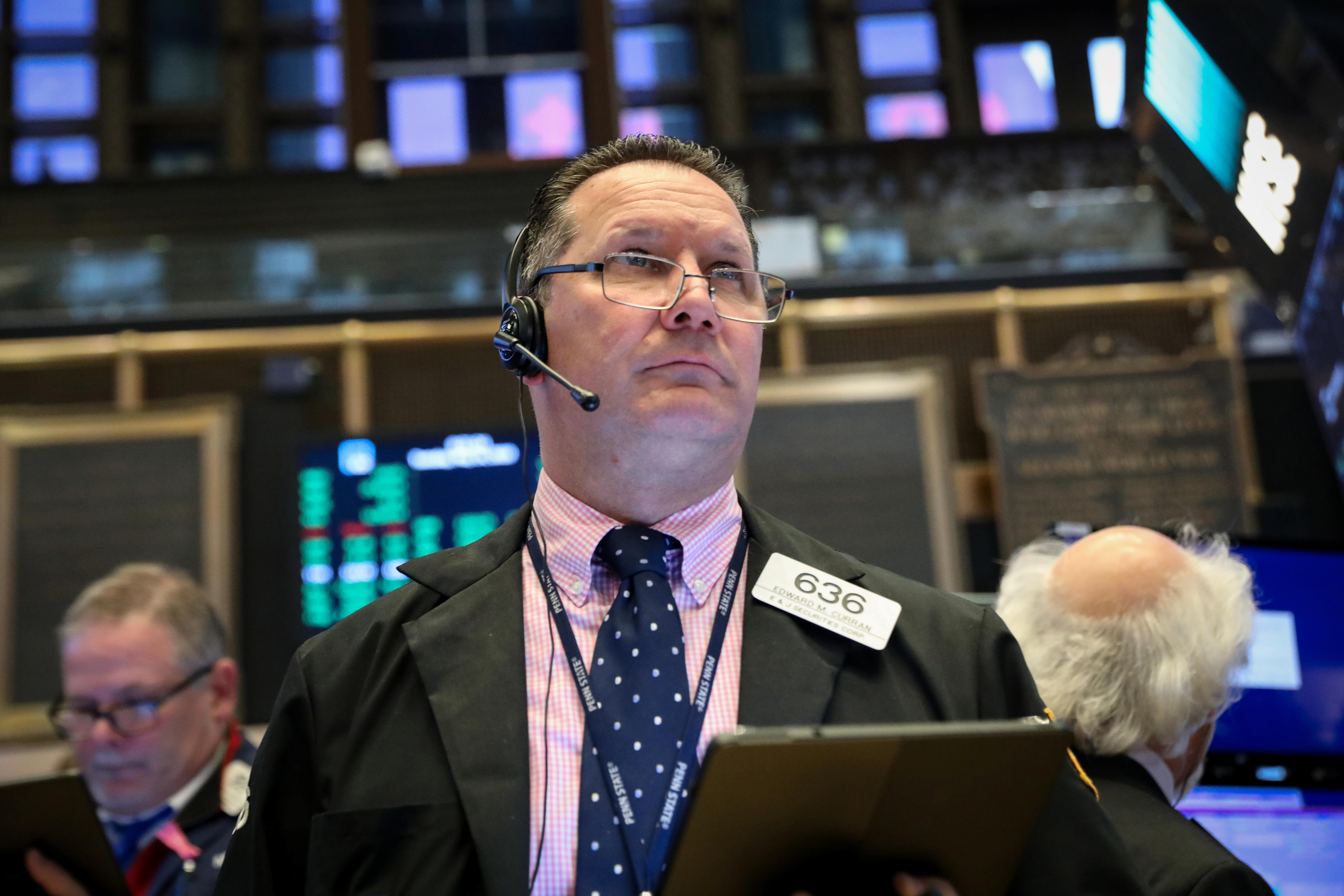 Walmart Inc rose 3.1% in premarket trading after it reported its best first-quarter same-store sales growth in 9 years. However, the big box retailer said prices for shoppers will rise due to higher tariffs on Chinese imports.

Cisco Systems Inc gained 3.4% on an upbeat sales forecast and after the network gear maker said minimal sales exposure to China and changes to its supply chains have helped cushion the impact from trade dispute.

“Strong results from Cisco will spillover to tech names, which are likely to be beneficiaries from the earnings,” said Michael James, managing director of equity trading at Wedbush Securities in Los Angeles.

“Economic strength will help investors look past any kind of issues and I do not expect any kind of sharp pull backs.”

Another report showed the number of Americans seeking unemployment benefits fell more than expected last week, pointing to sustained labor market strength that should underpin the economy as growth slows.

Investors have been closely watching trade-related news, which has been mixed so far. Washington said it was adding Huawei Technologies Co to its “Entity List”, in a move that bans it from acquiring components and technology from U.S. firms without prior approval.

Trade concerns have dented a rally in stocks this year and has put the benchmark index more than 3% below its all-time high that it hit just two-weeks ago.

However, U.S. stock indexes posted gains in the previous two sessions on hopes the protracted trade dispute that has threatened global growth could be resolved, as the two sides were expected to resume talks in Beijing soon.

First-quarter earnings have been largely positive. Of the 457 S&P 500 companies that have reported results, about 75% have beaten profit expectations, according to Refinitiv data.

Analysts now expect first-quarter earnings growth of 1.4%, a significant turnaround from the 2% loss seen on April 1.