New York (CNN Business)Gary Gensler, the newly installed chairman of the Securities and Exchange Commission, put Robinhood and Citadel Securities on notice Thursday about a potential crackdown in the Biden era.

Gensler, whose nomination was endorsed by Senator Elizabeth Warren, repeatedly expressed concern about the “inherent” conflicts of interest that exist in the payment-for-order flow business model used by Robinhood and other brokerages that don’t charge commissions.
“These are not free apps. They are just zero-commission apps. The cost is inside the order execution,” Gensler told lawmakers during the latest congressional hearing investigating the GameStop saga.

The controversial trading restrictions imposed by Robinhood earlier this year drew attention to how some brokerages receive revenue in exchange for routing orders to high-speed trading firms like Citadel Securities. 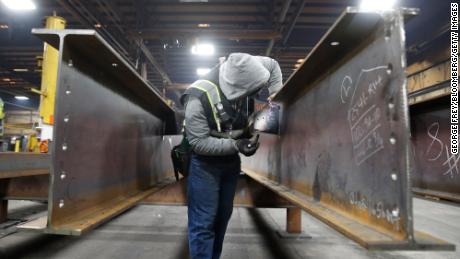 Gensler, who was known as the toughest regulator of the Obama era, promised to “take a closer look” at payment for order flow and noted that both Canada and the United Kingdom banned the practice. He also pointed out that not all zero-commission trading apps use the business model.

Robinhood and others in the industry argue zero-commission trading has created huge savings for individual investors and opened up trading to the masses.
Yet critics worry that it’s really the big Wall Street players that are winning out. Gensler’s comments suggest he sympathizes with that concern.
“There are costs. It’s like an iceberg: Most of the iceberg is below the surface,” the SEC chief said. “The costs are below the surface.”

Gensler also pledged to look into concerns about the broader structure of the modern stock market, including the “dominant” position held by Citadel Securities, the market maker owned by billionaire Ken Griffin.
The SEC chairman specifically called out the fact that Citadel Securities executes a staggering 47% of all retail trade volume. The Chicago firm is the biggest source of revenue for Robinhood.
“Concentration could lead to more fragile markets, meaning less orderly, and also more costly or less efficient, markets. That’s what history and economics tell us when we get concentration,” Gensler said.
Moreover, Gensler signaled concern about the information Citadel Securities holds due to its dominant position. 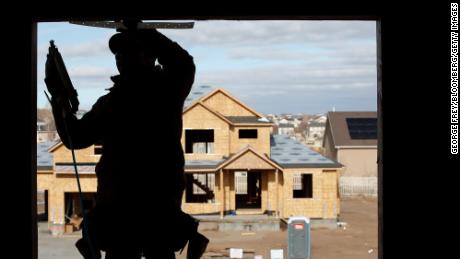 “There is one online search engine in America that most of us go to. That firm has data advantages,” he said. “Now, in the middle of our capital markets, one firm in the retail order flow may have growing data advantages over other market participants.”
Isaac Boltansky, director of policy research at Compass Point Research & Trading, said the talk about market concentration “will be a concern for Citadel” going forward.
“The dial was turned one peg louder on the concentration issue,” Boltansky said in an email.
Citadel Securities has previously suggested it doesn’t care about the fate of payment for order flow.
“We simply play by the rules of the road,” Griffin said during a February hearing on GameStop. “If they choose to change the rules of the road, we need to drive on the left side versus the right side, that’s fine with us.”
A Citadel Securities spokesperson declined to comment.

Like other regulators, Gensler expressed unease over the embedding of game-like features into trading apps to increase customer engagement. He asked SEC staff to look into these issues.
Regulators in Massachusetts have accused Robinhood of using images of confetti and other techniques to “entice and induce inexperienced customers into risky trading.” Massachusetts is seeking to revoke Robinhood’s broker-dealer license in the state — a move the startup fiercely opposes. Robinhood has recently ended its practice of using confetti to celebrate first trades and other milestones.
Gensler noted that this so-called gamification is not exclusive to trading apps, though the stakes are higher. 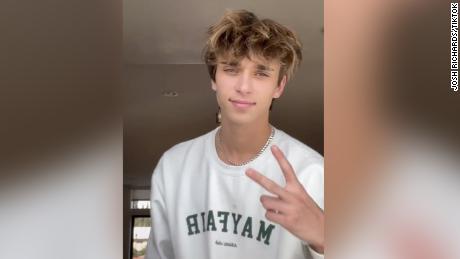 “The streaming apps figured out a long time ago that I’m kind of a rom-com guy,” said Gensler. “You thought I was a thriller guy, but it’s rom-com. If I lose an hour and a half and it was a lousy rom-com, alright.”
Yet gamification in trading can have more significant effects on investors’ finances, Gensler argued.
Robinhood’s representatives were not immediately available to comment on the hearing.
The trading app has repeatedly defended itself by pointing to how its platform allowed countless new investors to participate in financial markets.

“We look forward to engaging with the SEC as they consider matters involving retail investors and market structure,” Robinhood said in a statement. “To the extent the SEC decides that regulatory changes may be necessary, we intend to participate through the public notice and comment rulemaking process.”
Despite the increased scrutiny, Robinhood continues to enjoy explosive user growth, especially in cryptocurrencies. The startup confidentially filed to go public in March, setting the stage for a highly anticipated IPO.
Source: Read Full Article