Home » Business » What We Want to Know About GameStop

Senator Mitt Romney has joined the lineup for the DealBook DC Policy Project on Feb. 22-23. Speakers include Treasury Secretary Janet Yellen, Robinhood’s Vlad Tenev, the New York attorney general Letitia James and others discussing what’s next for business and policy. Register here to attend, from anywhere in the world, free of charge. 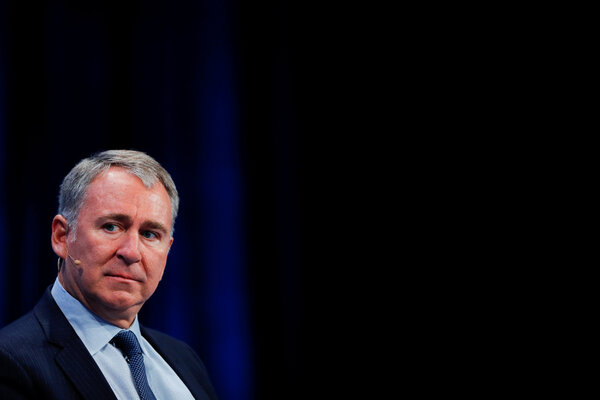 At noon Eastern today, the House Financial Services Committee will dive into the meme-stock frenzy, interrogating some of the key players in the mania surrounding GameStop and other stocks favored by internet forums. The hearing — in which most of the committee’s 53 members are set to participate — threatens to be full of noise and bluster, as these events often are.

Here is who’s on deck to testify today, and questions that might elicit the most illuminating responses.

Vlad Tenev of Robinhood. His online brokerage was the preferred venue for the frenzy, but its decision to halt some trading in GameStop and other stocks because of capital constraints prompted outrage across the political spectrum.

You’ve been lobbying for real-time settlement of stock trades, saying the current two-day delay led to Robinhood’s trading curbs. If there had been real-time settlement, would your brokerage have had enough capital to avoid restrictions at the height of the frenzy?

Robinhood says it offers retail investors free trading, but that’s because your company sells customer trades to market makers like Citadel Securities. Can you explain the benefit to firms that pay you to execute trades?

Brokerages lend their clients’ shares to short sellers. Would you consider asking Robinhood users to opt in to allow the lending of their holdings?

Ken Griffin of Citadel Securities. The billionaire’s business empire includes both a huge hedge fund that had bet against GameStop and a giant market maker that executes trades for Robinhood and others.

Gabe Plotkin of Melvin Capital. His hedge fund, and its big bet against GameStop, was a primary target of scorn by Reddit traders who sought to squeeze him out.

How does allowing stocks like GameStop’s to have short interest of more than 100 percent — that is, more of a company’s shares being sold short than are available to trade — make financial markets more efficient, as short sellers claim?

Jennifer Schulp of the Cato Institute. The director of financial regulation studies at the think tank plans to testify that the meme-stock phenomenon didn’t pose a systemic risk.

You say that the “unintended consequences” of regulatory changes in response to the meme-stock mania should not be underestimated. What are the consequences of not acting? Should investors expect episodes like the GameStop frenzy to become a regular feature of markets?

Steve Huffman of Reddit. His online platform is the home of WallStreetBets, the forum that helped egg on the meme-stock frenzy.

You’ve said there wasn’t much your company could do to guard against market manipulation, but why shouldn’t your company be held liable if there is fraud on its platform?

Keith Gill. The registered broker who, in his personal time, touted GameStop on YouTube and Reddit, plans to tell Congress his social media messages were purely for educational purposes.

Away from your persona as “Roaring Kitty” on YouTube, you were the director of financial wellness education at MassMutual. With your “financial wellness” hat on, what would have been the message you gave clients about investing in GameStop?

You say you are “as bullish as I’ve ever been” about GameStop. What’s your price target?

The Times will run a live briefing with video and analysis of the hearing, starting at noon Eastern.

Facebook and Google come to opposite conclusions on paying for news in Australia. A proposed law in the country would require platforms to pay media publishers for content that appears on their sites. In response, Google announced a deal with News Corp (one of many this week), while Facebook blocked all links to news articles on its platform in Australia.

The Pfizer/BioNTech Covid-19 vaccine is effective against the South African strain. The shot generated a slightly lesser immune response to the variant than to earlier versions of the virus, but remained capable of neutralizing it, new research showed.

The Texas freeze shakes up global oil markets. The cut in Texas shale production because of winter storms — some four million barrels a day of output — is keeping petroleum prices up worldwide. Saudi Arabia plans to take advantage by raising its output.

Rush Limbaugh dies at 70. The right-wing provocateur made talk radio a potent force in business and politics. Allies praised him as a trailblazer for political pundits; critics said he presaged the Trumpian politics of conspiracy mongering.

Is Robinhood a cryptocurrency whale? The online brokerage appears to be the single biggest holder of Dogecoin, the digital token whose value has soared nearly 1,000 percent in recent weeks, according to reports. Robinhood itself won’t confirm the speculation.

We are all conduits in the “hype machine,” according to the M.I.T. professor Sinan Aral, acting as data conveyors in online systems designed for “hypersocializing.” The stunning rise (and fall) of GameStop’s stock, driven in part by individual investors coalescing on social media, shows the new power of connected crowds, Mr. Aral said in an interview with DealBook.

“Crowds can scale, collaborate and coordinate in ways we have never seen before,” Mr. Aral said, and that power can be harnessed for good or ill. He analyzed 10 years of Twitter activity, and found that novelty travels far and fast, and that false news, which tends to be more novel than the truth, is shared more freely than facts.

This leads to the postmodern problem of “hyperreality,” in which simulations and symbols that feel real lead to disagreements over what is true.

All investors speculate on as-yet-unrealized values, traditionally tied to financial fundamentals. For example, the trader Keith Gill (see above) will testify today that he believed the retailer GameStop could reinvent itself, justifying a higher share price. This was shared online and it convinced others. But as the crowd felt its power, the thesis became “let’s stick it to the hedge funds,” Mr. Aral said. This didn’t alter GameStop’s prospects, but fortunes were gained and lost based on the power of a crowd to create a new reality.

To harness the promise and minimize the perils of a “new social age,” insights from data science about the power of the “hype machine” should be applied to design better policies, Mr. Aral said. “We need a national commission on technology now.”

The professor also recommended that we all hone our reflective powers to become more discerning influencers. Here’s a puzzle to test your reflection: A bat and a ball cost $1.10. The bat costs a dollar more than the ball. How much does the ball cost? (Here’s the not-so-obvious answer.)

“It’s something that is certainly here to stay. Whether it is here to stay at these levels in the mid- to long term, we’ll have to see.”

— Thomas Gottstein, the C.E.O. of Credit Suisse, on SPACs. His firm’s advisory work for blank-check companies bolstered its investment bank in its latest quarter.

The N.B.A. star Russell Westbrook is leading a $63 million investment in Varo Bank, a digital chartered bank, in a deal that DealBook hears values the company at about $1.3 billion. The funds will help Varo grow — including in brand awareness — and develop programs to promote financial literacy for people of color.

An assist in expanding access. When Mr. Westbrook, the point guard for the Washington Wizards, and his investment partners approached Varo with the idea, the bank, having recently raised more than $240 million ahead of getting its bank charter, was not actively looking for more funds. But Varo’s C.E.O., Colin Walsh, said he and Mr. Westbrook, who will serve as an adviser to the bank, were “aligned from a mission perspective.” Mr. Westbrook said his work with Varo will be “part of an economic revitalization for those who never had the access they deserved.”

Shooting for an I.P.O. Varo was founded in 2015 and is backed by the likes of Warburg Pincus and TPG. The bank expects to go public “in the next couple of years” and forecasts that it will be cash-flow positive this year, said Mr. Walsh. The prospects for fintech regulation under President Biden are up in the air, but Mr. Walsh said the company has “built really great relationships” with regulators, who appreciate the “authenticity” of its mission.

On that $500 million mistake

Yesterday, we recounted the saga of Citigroup’s mistaken transfer of $900 million to creditors of Revlon, and why a judge ruled that a group refusing to return $500 million to the bank is allowed to keep it (pending appeal). Based on the deluge of opinions we received from readers, the ethics of this issue are fraught.

Speaking of ethics, Randy Cohen, the original Ethicist columnist for The Times Magazine, weighed in. He is now the host of Person Place Thing, an interview show on public radio.

“When the creditors received a much bigger payment than expected, they knew or could easily have found out if it was sent in error: pick up the phone and ask. Since it was sent by mistake, the money must be returned. I know of no school of ethics that encourages exploiting an honest error. Similarly, if Citigroup strolls past Allstate, one of the creditors in the dispute, and Allstate sees it drop its wallet, then Allstate must return the wallet, not pocket the cash.”

And here are some of your responses:

“If this was a small company I would be more sympathetic. The fact that this is a large institution that should have better systems in place sways me to rule: tough luck and get it together Citigroup!” — Audrey in Exeter, N.H.

“Hats off to the lenders who rightfully returned the money. To those who kept it and gloated over Citi’s error, karma will take care of you.” — Lisa in Arlington, Tex.

“If I accidentally sent Citi an extra mortgage payment (or three), I guarantee you they would not give it back.” — Patrick in Boston

“You can be honest, ethical, commercially reasonable businesspeople, or you can keep the money.” — Jeffrey in Newton, Mass.

Apollo Global Management named Jay Clayton, the former S.E.C. commissioner, as its lead independent director in the wake of an internal investigation into Leon Black’s ties to Jeffrey Epstein. (WSJ)

The fabric store chain Joann filed to go public, a decade after being taken private by the investment firm Leonard Green. (Bloomberg)

President Biden pushed back against calls from progressive Democrats to cancel billions of dollars worth of student loans through executive orders. (Politico)

A Facebook executive warned that the social network reported revenues it “should have never made,” according to internal emails cited in a lawsuit. (FT)

News you can use: How to buy a genuine N95 mask online. (NYT)

There’s a new rap song about SPACs, and Bill Ackman is a fan. (WSJ)