As a listed entity, corporate actions have to take the interests of all shareholders, especially minority shareholders, into account.
So far, we are not seeing any sign of it, observes Debashis Basu.

The deal has raised a lot of eyebrows.

For one, Zomato has just about Rs 1,250 crore on its balance sheet and is badly haemorrhaging, losing Rs 750 crore of cash from its operations in 2021-2022 alone.

Second, the acquisition comes at a time when Zomato’s own future is cloudy.

Last year, it reported a loss of almost Rs 1,100 crore and under the current business model, there is no chance that it will make a profit soon.

If so, its own existence is in doubt unless it can find new cash to carry on.

Third, there are various conflicts of interest in the Blinkit deal.

The chief executive officer of Blinkit, Albinder Dhindsa, was the head of international operations in Zomato and is the spouse of Zomato’s co-founder (and former chief financial officer) Akriti Chopra.

Zomato owned more than a 9 per cent equity in Blinkit.

Zomato CEO Deepinder Goyal was himself a 10 per cent shareholder of Blinkit until last year before selling it to Tiger Global.

Now, none of this would matter if Zomato was unlisted.

Unlisted companies are free to do what their boards agree on — invest in loss-making companies where they see competitive advantages or continue with a business model where they lose boatloads of money.

They are judged by metrics that their private equity investors set for them, the main one being customer acquisition and revenue growth at any cost.

The fixation with growth is so overpowering that some overambitious founders and their backers have even been known to fudge their books.

The end objective is to somehow grow the business to a certain size so that it can be publicly listed.

In that process, charismatic founders, creating 10x growth while losing money like water, get an easy pass. Consider this story of unlisted Ola.

The rest was held by Ola in return for permitting the use of its brand name.

Five months later, in July 2019, Ola Electric announced it had raised $250 million from SoftBank at a valuation of $1 billion, the fastest unicorn in India.

Today, both Ola and Ola Electric are valued at about $5 billion, following the launch of electric scooters.

One may wonder why Ola investors allowed Aggarwal to walk away with such a large stake in Ola Electric.

But then, it is their internal matter. The point is, if Ola was publicly listed, this would have been seen as self-dealing by Aggarwal.

Unfortunately, start-up founders don’t seem mindful of the fact that once listed, every corporate action will be judged from the point of view of its fairness to retail or minority shareholders. 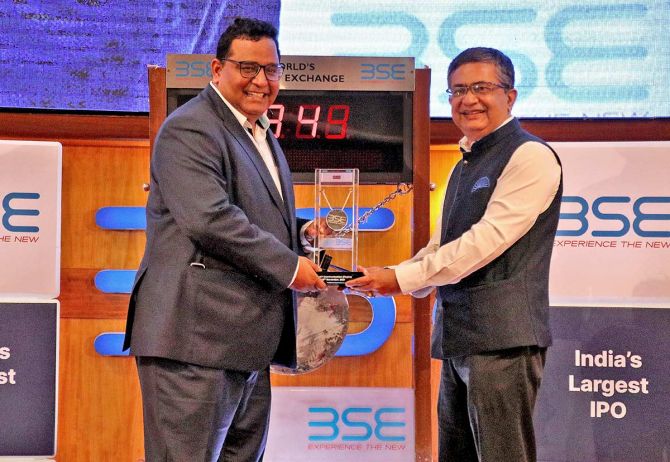 As in the case of Ola and Zomato, self-dealing starts with the structure of ownership.

Take the case of Paytm, which was listed last year, and in it, founder Vijay Shekhar Sharma holds around 15 per cent.

He also holds 51 per cent of Paytm Payments Bank, which is unlisted.

It is one of the best examples of conflict of interest and related-party transactions.

Again, this would have been up to the investors of the two entities when they were both unlisted.

Since Paytm is listed, such conflicts have to be resolved.

The second source of self-dealing in start-ups is their scandalous pricing of initial public offering (IPO).

As long as they are unlisted, the valuation of start-ups is completely driven by an approach that can be characterised by ‘growth at any cost’.

In the la-la land inhabited by visionary founders backed by deep-pocketed adventurous investors, it is all right for a Blinkit to lose Rs 637 crore to earn a revenue of Rs 177 crore, because they would ultimately dump it on the public market.

When they do their IPOs, start-ups continue to value their business as if it is another round of mad-money fund-raising.

This is why Paytm, the largest ever IPO in the Indian markets, priced at Rs 2,150 a share, opened for trading 9 per cent down on November 18.

It then dropped vertically, ending the day 27.6 per cent down at the lower circuit.

A few days after the issue, the chief financial officer of Paytm claimed: ‘We could have priced the IPO much higher but we decided not to. We wanted to leave value for investors.’

As I said, it was another round of mad money for Paytm and the CFO perhaps expected the price to soar further.

Start-ups don’t care that mad-money funding comes to a hard stop after an IPO.

Shareholders of listed companies believe in a different approach to valuation; it must be based on profitability and cash flows, and all eyes will be on corporate governance standards.

As a listed entity, corporate actions have to take the interests of all shareholders, especially minority shareholders, into account.

So far, we are not seeing any sign of it.

Debashis Basu is the editor of moneylife.in