Home » Business » Why does the gender wage gap still exist?

More than three quarters of large UK employers are paying women less than men on average, according to new data. And the gender pay gap is actually growing at roughly half of the companies.
Companies with 250 or more employees in the United Kingdom had a deadline Friday to publish gender pay data, the second consecutive year of mandatory disclosures designed to encourage equality.

The data show that women are paid less on average across all industries in the public and private sectors. The average median gender pay gap among the 10,450 firms that reported data was 12%. 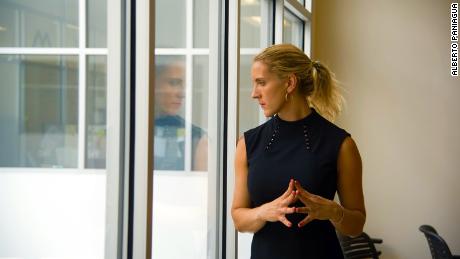 Only 14% of the companies paid women more on average, while 8% reported no difference in median pay between men and women.

The reports show that little has changed since the first mandatory gender pay reports were published a year ago in Britain.
“While we have made great strides in the number of women in the workforce and top leadership positions, this has not led to better pay,” said Shainaz Firfiray, an associate professor at Warwick Business School.
Experts said the data, which compares median and mean salaries, as well as bonuses, is not always detailed enough to provide a complete picture of gender pay within a company.
“In some cases, employers will have a wider gap because they have taken on new female junior staff to build their pipeline,” said Sam Smethers, CEO the Fawcett Society, a gender equality organization.
“But unless they can demonstrate that, it is more likely that they’ve failed to make changes,” she added.

Many companies said the data, which comes from a snapshot of pay taken in April 2018, fails to capture improvements they’ve made since then.
Yet experts say companies need to do much more.
The UK Equality and Human Rights Commission said in a report published last summer that only one in five companies have put in place a gender pay action plan with specific targets.
“Employers need to set out a five-year strategy for how they will close their gender pay gaps, monitoring progress and results,” Smethers said, adding that the government should require the plans to be published. 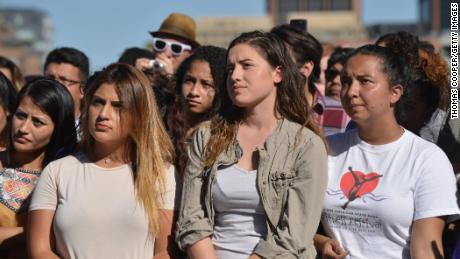 Banks and airlines were among the most unequal companies for the second year in a row.
Jefferies (JEF), for example, reported a gender pay gap of just under 50%. That means the median woman at the investment bank is paid half what the median man gets.
The company didn’t respond to a request for comment, but it said in a report published alongside the data that “we recognize that we still have more work to do.”
Big banks including Barclays (BCS), HSBC (HSBC), Lloyds Bank (LLDTF) and UBS (UBS) also revealed median gaps of between 30% and 45%.
KPMG and Facebook (FB) were among the companies that said their gender pay gap had widened from the previous year.
The result of efforts to reduce the pay gap at KPMG would be “better observed over a number of years,” the company said. Facebook said its gap had widened because more women were hired into lesser paid positions.
Gender pay gaps can reflect numerous factors at companies including a lack of women in top jobs. Firms must disclose gender breakdowns across four salary bands, and men dominate the ranks of top earners at many.
Both KPMG and Facebook both said that hiring more women now would eventually help to increase their representation in lucrative jobs and help reduce their pay gaps.
The problem of not enough women in senior roles is particularly pronounced in the engineering and industrial sectors. At Alstom (ALSMY), for example, women hold only 7% of the best paid jobs.
The rail transport company said the figure reflects its “heavy engineering background” and a “national shortage” of women in science and technology roles. It said a number of programs have been put in place to attract women.
Airlines provide another example: pilots are paid a lot more than cabin crew, and most pilots are male. EasyJet (ESYJY) reported a median gender pay gap of 48%.
AB InBev (BUDFF), meanwhile, pays its typical female employee 39% more. The brewer says the difference boils down to women working mostly in its head office, while men tend to work less lucrative brewery jobs. 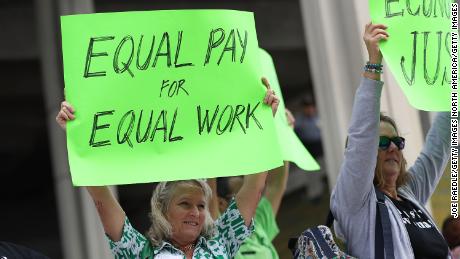 Having a large pay gap doesn’t necessarily mean companies pay women less than their male colleagues in the same roles, which is illegal under UK law.
But the Fawcett Society says women need better data in order to fight against possible discrimination.

“Most employers say they don’t have an issue — but unless they have conducted an audit and set up a transparent pay framework, how would they know for sure?” Smethers said.
CNN reported that its median pay gap in the United Kingdom stood at 21.7% in April 2018, a slight improvement from 23.5% the previous year.
Source: Read Full Article