PARIS — Zimmermann held an event at its Paris store on Wednesday to mark the opening of its Cannes boutique, as the Australian fashion label resumes a global retail rollout that was momentarily suspended due to the coronavirus pandemic, with five new locations set to bow in 2021.

Two market stalls heaving with fresh fruit and flowers were set up in the back of the Paris store for the breakfast, which drew a giddy crowd of fashion editors on the day that France entered the second stage of the gradual lifting of lockdown restrictions, including the return of indoor dining after seven months.

Speaking via Zoom from Australia, creative director Nicky Zimmermann, who cofounded the brand with her sister Simone, said she was confident that as the world reopens, people will be flocking back to its stores.

Australia has effectively reined in COVID-19 thanks to measures including snap lockdowns, most recently in the state of Victoria, and strict social distancing rules. The country started easing restrictions in May, and social life has resumed with a vengeance, Zimmermann reported.

Zimmermann had been looking for a location in Cannes for a while. The 1,350-square-foot boutique, which opened on May 27, is located at 11 Rue des États-Unis off the famed Boulevard de la Croisette. It’s the brand’s third store in France, after Saint-Tropez and Paris.

Designed by Australian interior architect Don McQualter, it features a series of minimal whitewashed rooms dotted with works by artists such as Richard Larter and Naata Nungurrayi. The door and windows were all recycled, including an arched leadlight door from an early 20th-century department store in London.

“We know we have a customer there,” said Zimmermann. “Cannes is very much the right place for our type of clothing: it’s beautiful lunch spots, gorgeous restaurants. It’s quite a glamorous place and it really fits with the brand. Instantly from opening, it’s been a really positive thing.” 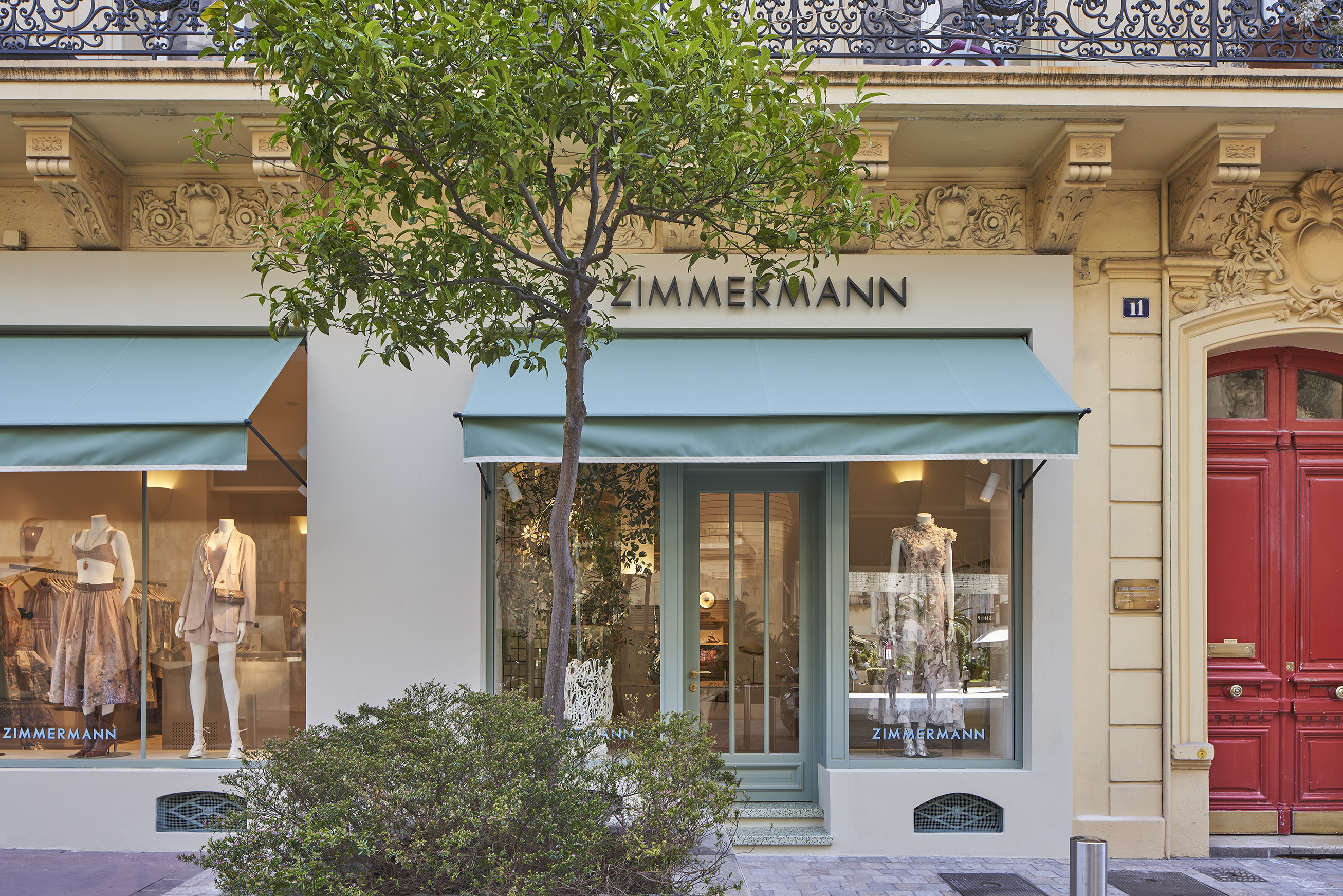 The Zimmermann store in Cannes, France. Courtesy of Zimmermann

Next up is a boutique in Forte dei Marmi on the Italian Riviera, opening in three weeks, to be followed by a store in Rome in September. A further two locations are planned in Florida by the end of the year, in Palm Beach and Miami’s Design District, she said. Zimmermann has 40 stores worldwide, including 14 in the U.S.

It had originally planned seven openings in 2020, though in the end, only Milan and Dallas went ahead. At the end of the year, the brand changed hands, with Milan-based investment fund Style Capital investing in the label, and American private equity firm General Atlantic selling its minority stake.

Zimmermann declined to comment on the acquisition, or to divulge the brand’s turnover, but said the business was enjoying positive momentum wherever stores were reopening, including in the U.S.

“We’re by nature optimistic and fun, and it just really is something that is fitting well into how people are feeling now,” she said. “They want print, and they want color, and they want beautiful, flirtatious dresses, and they want to feel gorgeous, and they’re looking forward to creating those amazing memories again.”

She noted that Australian customers have embraced the spring collection, including the higher-end runway pieces.

“They were buying the show garments: full-length dresses with embroidered flowers flying off them. They weren’t coming in and buying anything particularly practical, which I just find amazing,” she noted. “That’s the other thing that told us a lot about what was going to happen in the rest of the world: even if you’re going to your neighbor’s place for dinner, it’s going to be an occasion.”

While the designer has been grounded in Australia for more than a year, the brand is organizing some physical gatherings to mark the launch of its cruise line on Thursday. After screenings of the collection film at a cinema in Sydney and a dinner for local media, there will be gatherings in Montauk, N.Y., and London at a later date.

“We’re trying to work out as best we can ways to connect in those events where we can’t physically be there,” she said. “We just have our fingers crossed that it won’t be too long, and we will be able to be in and out of Australia like we always were.”