Hello to a more public-friendly 60 Wall St. — and farewell to one of the least-loved public spaces of the boom-and-bust 1980s.

One of the Reagan Decade’s defining office skyscrapers is about to undergo a more than $250 million upgrade for the post-pandemic era. Changes to 60 Wall planned by owner Paramount Group at the soon-to-be-empty, 47-story, 1.6 million square-foot tower include a more open portico and heavily windowed façade treatment on lower floors to create transparency with the street, and an enhanced ventilation system that utilizes virus-blocking, MERV 15 filtration.

But the centerpiece will be a stunning new public atrium lobby to replace the badly dated one installed by original tower owner JP Morgan, which later sold it to Deutsche Bank. Deutsche, the only current tenant, will begin moving to Time Warner Center this year. Paramount will start work on the redesign when Deutsche’s lease expires in June of 2022.

The vast original lobby was never as popular as architects Kevin Roche and John Dinkeloo hoped.

Flared-top columns were meant to echo the tower’s Postmodern, Greek Revival-inspired facade. But critic Paul Goldberger called it a “cloying mix of white marble, lots of trelliswork, mirrors and marble grids” that was “oddly frilly . . . Like an ice cream parlor blown up to monumental scale.” It’s temporarily closed due to Covid-19 concerns. 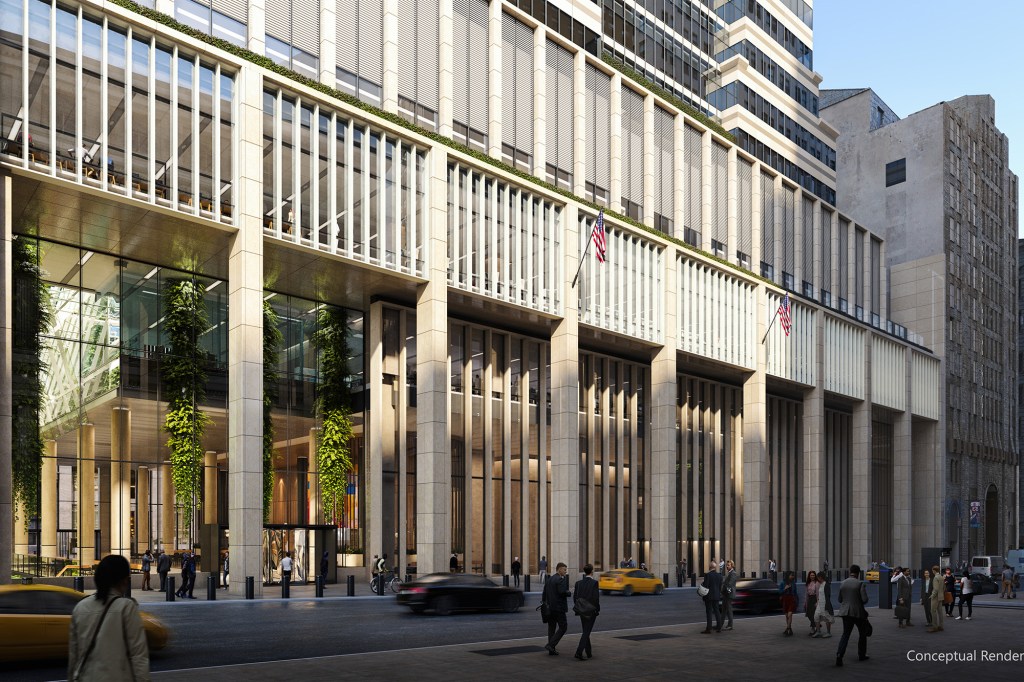 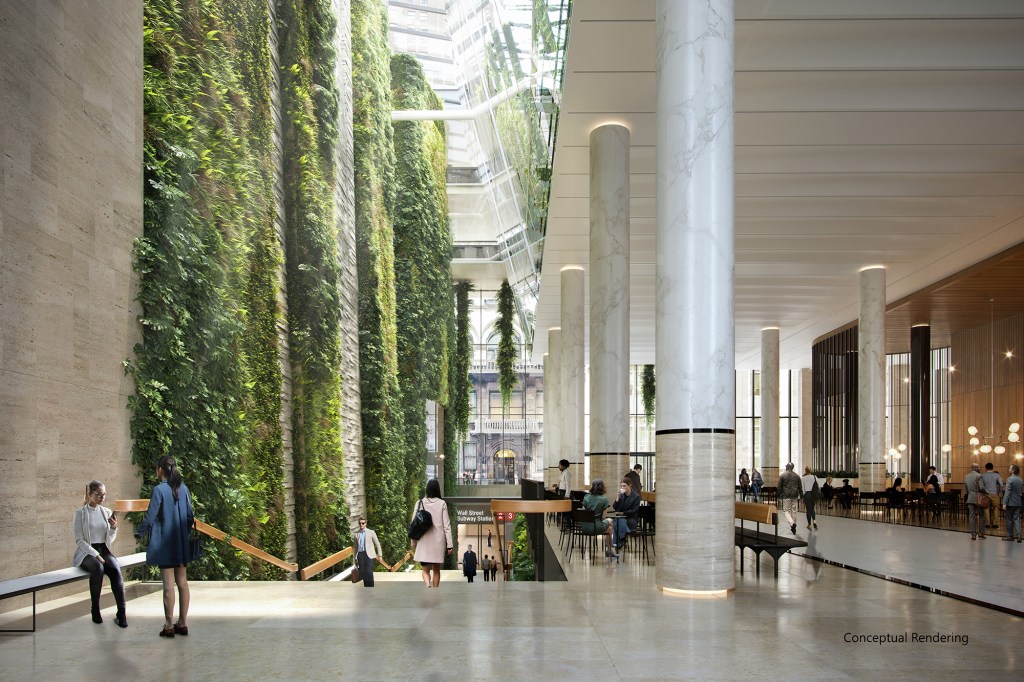