The AFL-CIO described him as a "legend" and a "relentless champion of workers' rights, workplace safety, worker-centered trade, democracy and so much more."

Trumka, who grew up in Nemacolin, Pennsylvania, led one of the largest labor unions in the nation since 2009 when he was elected to the position. He attended Penn State and Villanova University law school.

"The working people of America have lost a fierce warrior at a time when we needed him the most," an emotional Schumer said. "Just yesterday, Rich was lending his support to the striking miners in Alabama."

WHO IS AFL-CIO PRESIDENT RICHARD TRUMKA?

Schumer said Trumka embodied the working people of America "in his veins and every atom of his body."

"He was them. Rich Trumka was the working people of America. He never had any airs," he said before taking a deep sigh. 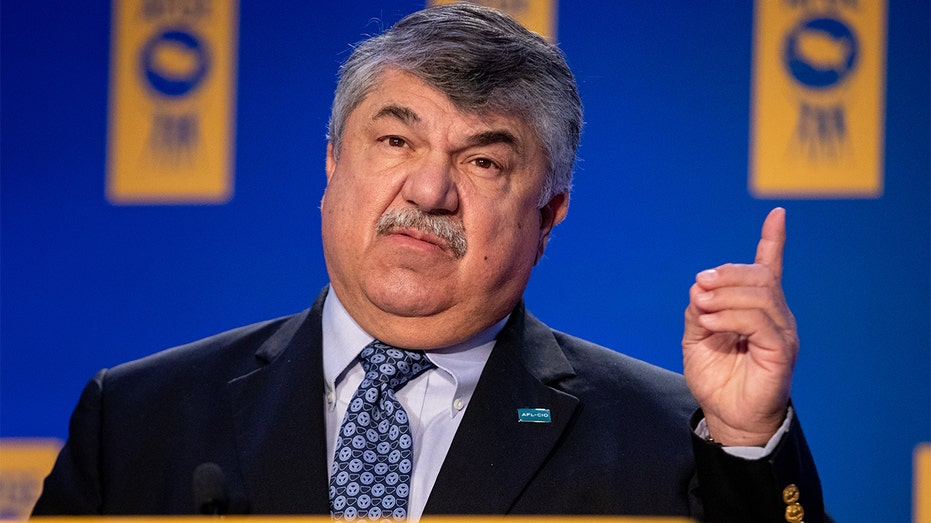 The AFL-CIO has 12.5 million members.

Trumka started his career as a labor leader in 1982 after being elected president of the United Mine Workers of America. Under Trumka, the UMWA went on strike against Pennsylvania's Pittston Coal Company until the company reinstated health care benefits for retirees, widows and disabled miners in 1990.

A few years later, Trumka rose to AFL-CIO secretary-treasurer before being elected president in 2009.

"Rich’s story is the American story – he was the son and grandson of Italian and Polish immigrants and began his career mining coal," Manchin said. "He never forgot where he came from. He dedicated the rest of his career to fighting for America’s working men and women. He was a fierce advocate for working people and a truly decent man."