There’s a relatively new, and incredibly hot, business disrupting the way we pay for things in Australia. And unless you’ve been hiding under a rock, you would have seen its logo pop up in shops and on websites all around you over the past year or so. The business, of course, is Afterpay. And it’s taking Australian retail by storm.

Armed with a strong, but simple, sales pitch, Afterpay has convinced thousands of stores around the country to start accepting a new payment method. That’s no small feat: not since Bankcard (remember that?) has a home-grown payment option taken hold, and it joins the rarefied air breathed only by Visa, Mastercard and American Express (alongside EFTPOS and cash) as a widely accepted way of paying for our shopping. 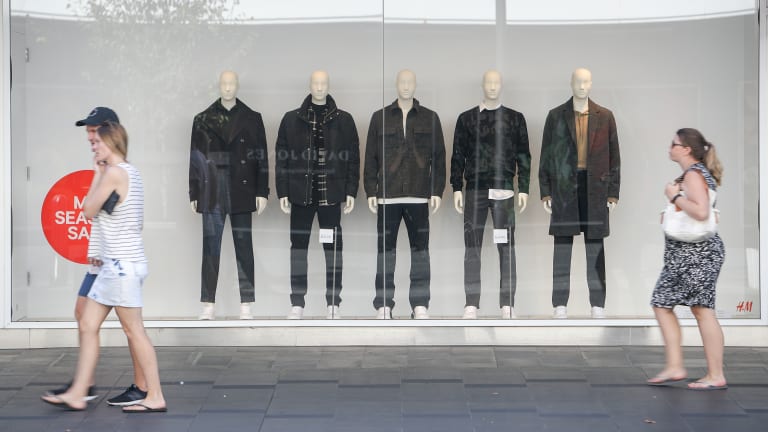 Shops that accept Afterpay are rewarded with higher turnover, the company’s data suggests.

The premise is very simple: it’s like lay-by, but you get the goods upfront. All you need to do is stump up the cash over four payments and you’re home-free. And for the shop? Afterpay collects a fee from the retailer for its service, and the data is very clear: accepting Afterpay means more sales and more profit. It’s a clear win-win, and that explains the rapid, almost breakneck, uptake. Oh, and Afterpay takes the credit risk. Other than a small fee, there’s no downside for the retailer. In an environment where retail sales growth is hard to come by, we shouldn’t be surprised that such an option has become almost standard across the country.

As to where the sales are coming from, there are likely two main sources: those without credit cards, who like the idea of being able to pay off that new jacket or pair of jeans over the next month, and those with credit cards, who have either maxed them out, or simply like the idea that they can buy today and pay tomorrow. And without paying a cent of interest. (Though the sting is in the tail in the form of late fees, where much of Afterpay’s revenue comes from.) Afterpay has been a raging success – in an industry not exactly known for innovative and disruptive entrants.

Afterpay is listed on the ASX, as Afterpay Touch (ASX:APT). The shares, thanks to the company’s success – and, it should be said, rising optimism among investors – have skyrocketed, trading for around $15 today – a far cry from less than $3 a year or so ago.

Such share price gains generally split investors: those who see a rising share price and want in on the action, and those who fear they’ve missed the boat. It’s tempting to side with the latter group: Afterpay, with a market capitalisation of $3 billion, is now worth much more than the likes of JB Hi-Fi and Blackmores, and well over double News Corp or Seven West Media. Which makes it, frankly, very expensive, especially given the payments upstart sports a price/earnings ratio of an eye-watering 250 times last year’s profit.

Which means Afterpay investors are walking a tightrope. At one end of the rope is a hugely overpriced Australian business. At the other end, if the company can make it, is the promised land: success in the United States. If Afterpay can become an accepted means of payment in the Land of the Free, today’s share price may well be cheap (for contrast, Visa, Mastercard and PayPal, combined, have a market cap that’s more than 200 times that of Afterpay).

Joining the ranks of the big guys won’t be easy, and with the share price assuming the best, this is one ride I’ll be watching from the sidelines.