Airbus has unveiled a wider and longer cabin for its A350 in a battle for wide-body sales against Boeing – while quietly ditching the slogan on which it waged a fierce dispute over elbow space with its arch-rival a decade ago.

The two planemakers routinely go head to head over fuel efficiency. The latest salvo concerns some of the world's prime real estate – the cabin of a big jet where comfort meets cost.

Airbus said in a blog it was introducing a New Production Standard (NPS) to make A350s lighter and more flexible. Changes include scraping four inches off interior walls and making the cabin longer by moving a bulkhead and squeezing the cockpit.

An Airbus A350 is seen on the tarmac ahead of the opening of the International Aerospace Exhibition ILA at Schoenefeld Airport in Berlin, Germany, June 21, 2022.  (REUTERS/Christian Mang/File Photo / Reuters)

JETBLUE OPTIMISTIC ON HOLIDAY TRAVEL AFTER REACHING 'MILESTONE' IN RECOVERY

Boeing declined comment, but people familiar with its pitch to airlines said it insists its comparable jet is more spacious.

Critically for resurgent wide-body jet market competition, the Airbus upgrade allows up to 34 more seats to reach more than 400 on an A350-1000, compared with the 406-seat Boeing 777X. 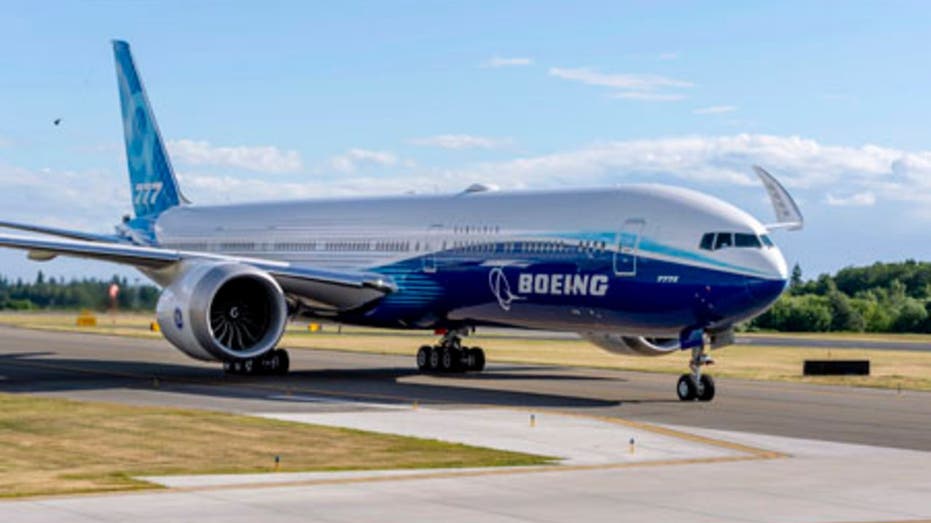 Extra seats affect airlines in two ways: they open up more revenue if airlines can fill them, and they reduce cost per seat – a metric that can lead to lower fares and determine which jets airlines buy.

Currently most A350 economy cabins have nine 18-inch wide seats per row. The A350 NPS will boost that to 18.7 inches.

Airlines opting to add an extra seat per row to fly 10 abreast will have 17-inch wide seats. Industry sources say that makes it easier to sell the A350 to mainstream carriers who balk at the 16.4-inch seats offered on the current 10-abreast A350. 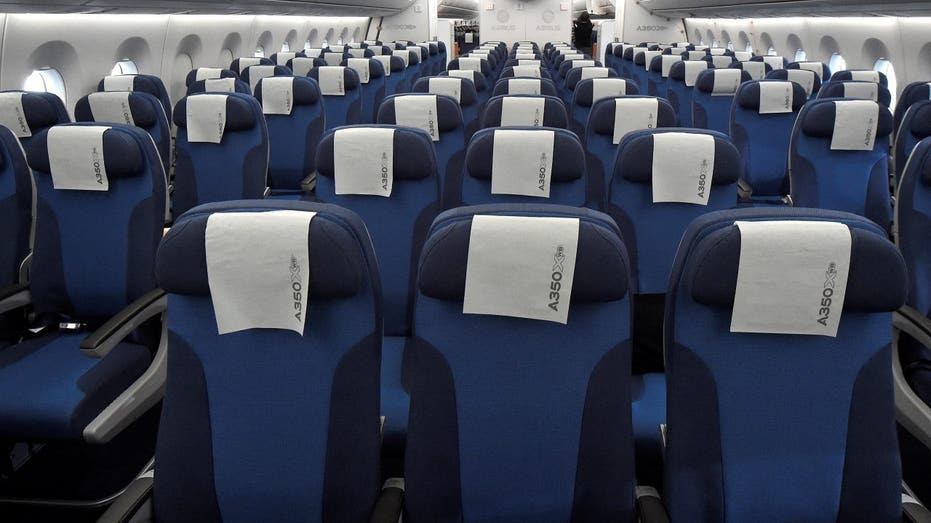 FILE PHOTO: Rows of seats, installed on board an Airbus A350, are pictured during a media day at the German headquarters of Airbus in Hamburg-Finkenwerder, April 7, 2014. REUTERS/Fabian Bimmer

Only a handful of budget carriers have gone for that layout.

Even so, Airbus has been forced into a marketing U-turn.

In 2013, it campaigned for an industry standard of 18-inch wide seats for long flights and dubbed the 17-inch alternative being introduced on the rival Boeing 787 as the "crusher".

It also teased Boeing with an ad campaign showing cramped seating in a restaurant and a plane under the slogan: "You'd never accept this. So why would you accept this?"

To be sure, many airlines have won acceptance for tighter cabins and the resulting lower fares. New sculpted seats have also given back more comfort.

But the about-face illustrates a complex poker game in large jets where planemakers often fight more than one battle, with the A350 sandwiched between the 787 and larger 777.

At the time when Airbus was campaigning for 18-inch seats, its A350 was losing sales because the 787 had nine seats per row rather than the original eight. Airbus struggled with its larger jet to compete at Boeing's seat count and went viral with its ads.

By calling for an 18-inch standard, Airbus was not only trying to embarrass its rival but trying to force a change in the number of seats airlines fed into their calculations and remove a disadvantage against the 787, insiders say.

Now, it has the opposite battle on its hands. It is chasing the already wider 777X, which also has scraped cabin walls. Its first plan to build a bigger A350 fell at the drawing board. Industry sources say it then came up with the cabin plan.

"Airbus is doing the inverse of what it did against the 787. It is increasing seat count and convincing airlines they should fly it that way and therefore evaluate it that way," one said.

Boeing is expected to show flexibility too. It argues the wider new 777X is more comfortable, returning fire against the smaller A350 just as Airbus had against the 787, sources said.

Airbus said more seats is not the only option and many airlines would use the space differently. Spain's Iberia took the first NPS at nine abreast, to be followed by Taiwan's Starlux.

But Walton predicted some 75% of A350 buyers would eventually opt for the tighter layout, matching most 777 users.

"I think you will see anyone who is only buying A350 NPS will be very strongly leaning towards 10 abreast," he said.

"Anyone who already has the A350 will probably go nine abreast – for now – to maintain commonality. The question is what happens later when planes start leaving the fleet."