Apple shoppers could face price rises of between 10 and 25 per cent as US President Donald Trump threatens to double the size of his trade war with China in a $US500 billion ($703 billion) conflict that has sent markets spinning.

Australia's chairman of the Joint Standing Committee on Treaties, Stuart Robert, urged Mr Trump to back down from the all-out escalation between the world's two superpowers which would see a tariff applied to almost every product bought by the US from China.

"Australia would like for the US to act in accordance with their World Trade Organisation obligations," said Mr Robert, now the Assistant Treasurer. "We are very a strong supporters of the rules-based architecture." 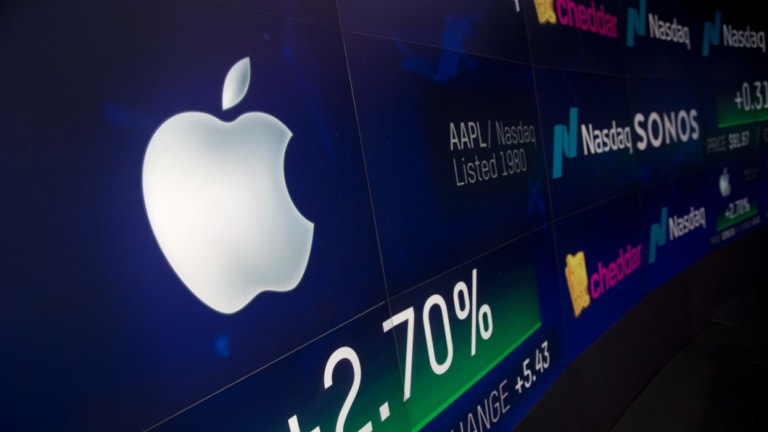 Apple has written to the US trade department.

Two of the world's largest companies, Apple and Intel, have warned in letters to the US Trade Department that the tariffs would hit the US economy hardest and drive up prices for consumers for goods made with Chinese products.

The Reserve Bank of Australia has been on high alert for any escalation in US-China tensions, with a fallout expected to have a ripple effect on all other economies.

A best-case scenario will cost Australia $36 billion over five years according to KPMG. The ASX200 fell sharply by 0.3 per cent before Washington woke in anticipation of more more bad news.

That threat suddenly doubled in size aboard Air Force One on Friday afternoon US time when Mr Trump stunned markets by declaring there was "another $US267 billion ready to go on short notice if I want," on top of the $US200 billion in earmarked tariffs and $US50 billion already in place.

"That totally changes the equation," he said.

The $US500 billion escalation would draw in almost all imports from China to the US, inevitably raising the price of many tech products which are heavily reliant on Chinese manufacturers.

Intel jointed the chorus of companies reacting with astonishment to the direction of the White House trade policy.

"We are puzzled as to why the administration may be using tariffs in part to re-engineer global ICT (information, communication and technology) supply chains that have served US companies so well," the company wrote to the Office of US Trade Representatives, according to Bloomberg. 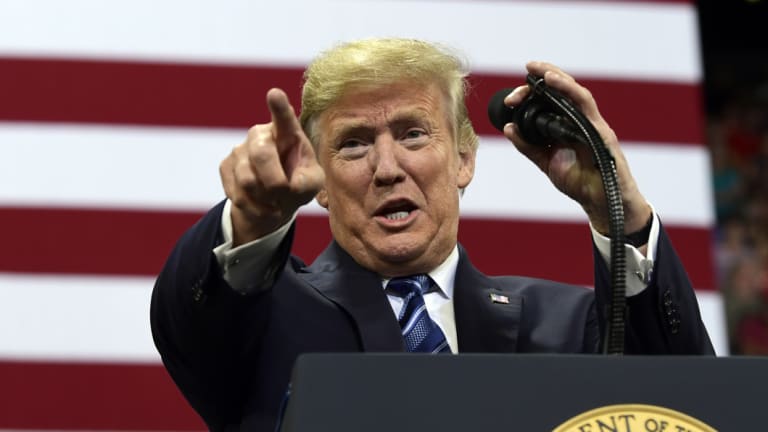 Australian businesses have been urging the Morrison government to take a dominant role in overseas trade negotiations as the US surrenders its mantle as the world's free trade leader.

"Regardless of events overseas, we’ll be relentless in pursuing new markets for Australian businesses as this contributes to a stronger economy and more Australian jobs," said Trade Minister Simon Birmingham, who will look to "quickly ratify the TPP-11" and lock in agreements with the EU and Hong Kong.

But that position has been hampered by continued speculation the government will pull out of the Paris climate agreement, which would put Australia in breach of trade deals with the EU and damage key relationships in the Pacific.

Fairfax Media has confirmed despite persistent pressure from the right-wing of the Coalition the government has no intention of pulling out of Paris and has vowed to meet its requirements – but it will not put the 26 per cent emissions reduction target into law as part of the dumped National Energy Guarantee – which was formally scrapped on Saturday.

"The announcement that Mr Morrison is walking away from the National Energy Guarantee, a policy that had the support of every business group in the nation, is an abject surrender to Tony Abbott and the hard-right of the Liberal Party," he said.

Mr Morrison and Treasurer Josh Frydenberg were leading proponents of the NEG under the Turnbull government, telling those voters struggling with soaring energy costs and historically low wage growth it would bring down power prices by up to $400 from 2020.

"I think this came down to just pure politics and I don't think people actually stood back from those things and looked at the national interest," she said.