The battlelines for the next phase of the tussle for economic and strategic supremacy between China and the US are being drawn, not directly in military capabilities but in a race for advantage in next generation technologies.

China made its ambitions clear when it unveiled its 14th five-year plan at the national congress that got underway late last week. 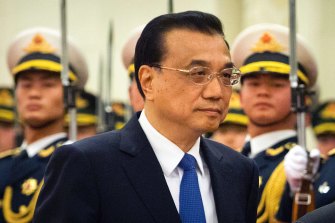 Premier Li Keqiang detailed seven areas of “frontier” technology that China will pour resources into over the next five years, but the US has a healthy head-start.Credit:Mark Schiefelbein

Li said China would achieve major breakthroughs in advanced semiconductors, operating systems, computer processors and cloud computing and aimed to get 56 per cent of the country onto 5G telecommunications systems. China is already aggressively pursuing research into 6G, which could be 100 times faster than 5G speeds.

The objective is obvious. China wants to challenge and then surpass America’s lead in the next generation of technologies that will determine economic and geopolitical leadership over the next several decades and beyond.

The US is, of course, aware of that threat and mobilising its own forces in a very un-American way.

Instead of leaving it, as it generally has in the past, to market forces it would seem the US is going develop its own government-led and funded industrial policies to compete with China.

Last week a three-year review of America’s artificial intelligence capabilities, chaired by former Google chief executive Eric Schmidt, was tabled. It advocated $US32 billion ($41.5 billion) of national funding for AI research over the next five years and the development of a coalition of like-minded nations to advance the development and use of AI, among a raft of other recommendations.

If the Biden administration follows through on its rhetoric and the advice it is now getting from agitated industry leaders and Congress it will hope to give China a moving target, building on its existing advantages, while still using its sanctions and hoped-for alliances to complicate and frustrate China’s ability to realise its own goals.

Last month Joe Biden outlined plans to raise $US37 billion of funding for semiconductor manufacturing in the US and to decouple supply chains for US technology companies from China amid a global shortage of chips and a reliance – by both the US and China – on plants in Taiwan, South Korea and Japan for the manufacturing of the key building blocks for most 21st Century technologies.

Biden has also issued an executive order for a 100-day supply chain review for, not just semiconductors, but rare earths, electric vehicle batteries and medical products – sectors where the US is uncomfortably dependant on China.

The US is being galvanised by the overt nature of China’s state-directed and funded ambitions and the fusion of economic and military threats they could pose.

The confrontation between the two powers goes far deeper than the trade conflict initiated by Donald Trump and the US is developing a more coherent response than the ad hoc sanctions on Chinese companies and individuals that proliferated under the Trump administration.

It’s also one that seeks to draw in US allies – Europe, Japan, South Korea, the UK and Australia – in an effort to decouple the West’s technology capabilities from China even as China itself is trying to decouple its technology sector from the US while frustrating Biden’s efforts to form anti-China coalitions. 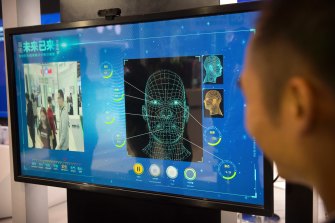 The US is most concerned about China’s developments in AI, leveraging off the data it collects from its vast population. AI relies on data and the more data it has the more sophisticated it becomes in a self-reinforcing cycle.Credit:AP

The US is most concerned about China’s developments in AI, leveraging off the data it collects from its vast population. AI relies on data and the more data it has the more sophisticated it becomes in a self-reinforcing cycle.

China is able to access that data from its citizens far more easily than western governments or companies can or would be allowed to. It can also experiment with AI technologies – it has used AI in surveillance of its population – in ways that western companies and governments can’t.

The deployment of AI for military purposes is of particular concern but the application of the technologies to machine learning also has economic implications.

It appears the contest for technological supremacy will see China and the US pursuing the same objectives with similar strategies, pouring public funding into research in the sectors that could create advantage while also developing domestic capacity in their areas of current vulnerability.

China can design and manufacture computer chips but relies on the US for the development of the equipment needed to make them. It can’t produce advanced chips, a sector dominated by Taiwan, South Korea and Japan and where the US has the leading design capabilities. Hence the focus on semiconductors in the latest five-year plan.

The US has been alarmed by its lack of chip manufacturing capabilities and its reliance on China for another vital input to advanced technologies, rare earths.

It is subsidising the building of a semi-conductor plant in the US by Taiwanese giant TSMC and the new administration is clearly prepared to do more to increase its domestic chip-making and rare earths processing capacity.

The big increase in funding for China’s basic research programs reflects a key China weakness and obstacle to achieving its ambitions.

The US spends more than four times as much on basic research – research that is often theoretical, which seeks to improve scientific knowledge rather than for commercial gain and which can lead to major leaps forward on technology – as China.

If the Biden administration follows through on its rhetoric and the advice it is now getting from agitated industry leaders and Congress it will hope to give China a moving target, building on its existing advantages, while still using its sanctions and hoped-for alliances to complicate and frustrate China’s ability to realise its own goals.