The FBI ran the second-highest number of gun background checks on Black Friday 2019, which is an 11 percent increase from the previous year and an indication that firearm sales are on the rise, officials said.

The agency conducted 202,465 gun background checks on Nov. 29, 2019, which is the second-highest number seen since the bureau implemented the checks in 1998. This year's big-shopping day is second only to Black Friday 2017, when the FBI ran 203,086 checks, records show.

Though the agency’s background check data typically includes permit checks and re-checks and is, therefore, higher than the number of actual gun sales, it is often indicative of trends in sales in the firearm industry.

Oliva said the decision to buy a firearm is not “made on a whim,” instead describing it as a “significant investment." 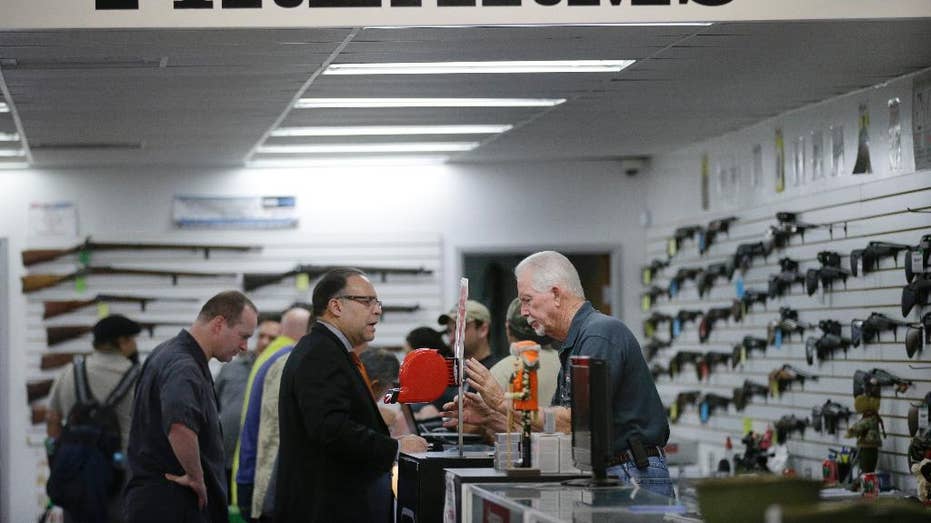 A sales associate shows a potential customer guns in this file photo at a gun shop in California. (AP Photo/Jae C. Hong)

“Americans are choosing to invest their hard-earned dollars in their ability [to] exercise their rights and buy the firearms they want before gun control politicians attempt to regulate away that ability,” Olivia said.

Roughly 1.2 million firearms were sold nationwide in October 2019, a 10.8 percent increase from October 2018, according to arms and ammo analytics research consultancy Small Arms Analytics and Forecasting. September’s sales were estimated to be about 1.1 million, an increase of nearly 11 percent from the same period a year ago.

Data from the FBI’s National Instant Criminal Background Check System shows the agency performed 2.4 million background checks for potential gun purchasers in October 2019, which is the highest number of checks recorded by the agency for that month. The second-highest recorded year for October’s background checks was 2016, when 2.3 million checks were conducted. 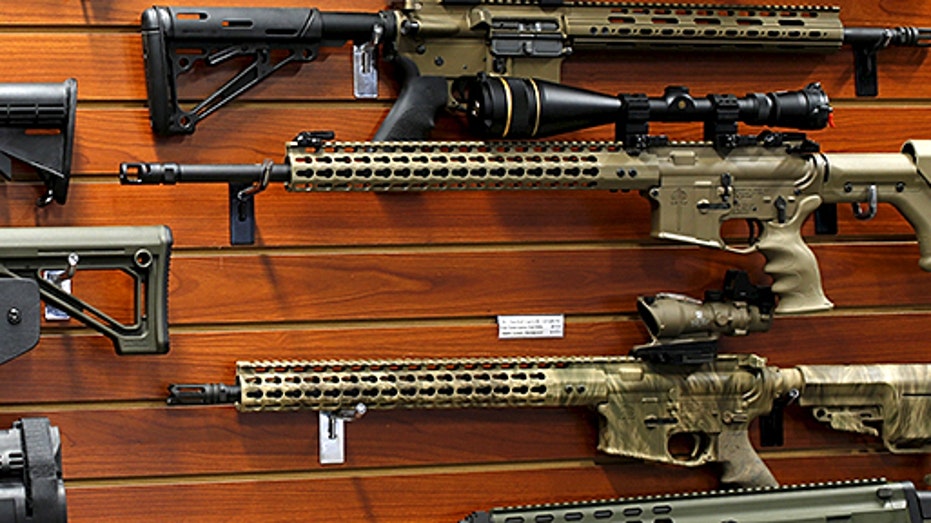 Gun sales are expected to spike this holiday season amid public and political pressure for stricter gun control laws.

In the past five years, there have been at least 33 mass shootings, which are defined as those in which four or more people were killed, not including the shooter, according to the Congressional Research Service.

Democratic presidential contenders have since come out strong against certain kinds of firearms, or in favor of stronger gun control practices, and some retail chains, including Dick's Sporting Goods, have since opted not to sell them.