Fugitive auto honcho Carlos Ghosn has launched a new initiative to train budding business executives in his native Lebanon while he hides out from financial-crime charges.

The former Nissan CEO announced plans Tuesday to set up an executive management program at the Holy Spirit University of Kaslik located north of Beirut, where Ghosn fled in December as he awaited a criminal trial in Tokyo.

Ghosn’s partnership with the school, dubbed “Moving Forward,” will also provide technology training and support for startups. It aims to help restore confidence in Lebanon as the nation grapples with a massive financial and economic crisis that was exacerbated by the horrific Aug. 4 explosion in Beirut.

“This is about creating jobs, employment and entrepreneurs to allow society to take its role in the reconstruction of the country,” Ghosn said at a news conference on the new initiative.

“If you bring back trust, money will come,” he added. “You can have an excellent plan for Lebanon but if you don’t execute it you are not even at starting point.”

Tuesday’s press conference was only Ghosn’s second public appearance since his elaborate escape from Tokyo to Lebanon last December, which allegedly involved a bullet train, private jets and a black audio gear box in which authorities say Ghosn hid for part of the journey.

Some people in Lebanon view Ghosn as a hero who successfully turned around French and Japanese automakers despite the pending criminal case against him in Japan. Prosecutors there say he under-reported his compensation and siphoned company cash while at Nissan — allegations Ghosn has strongly denied. 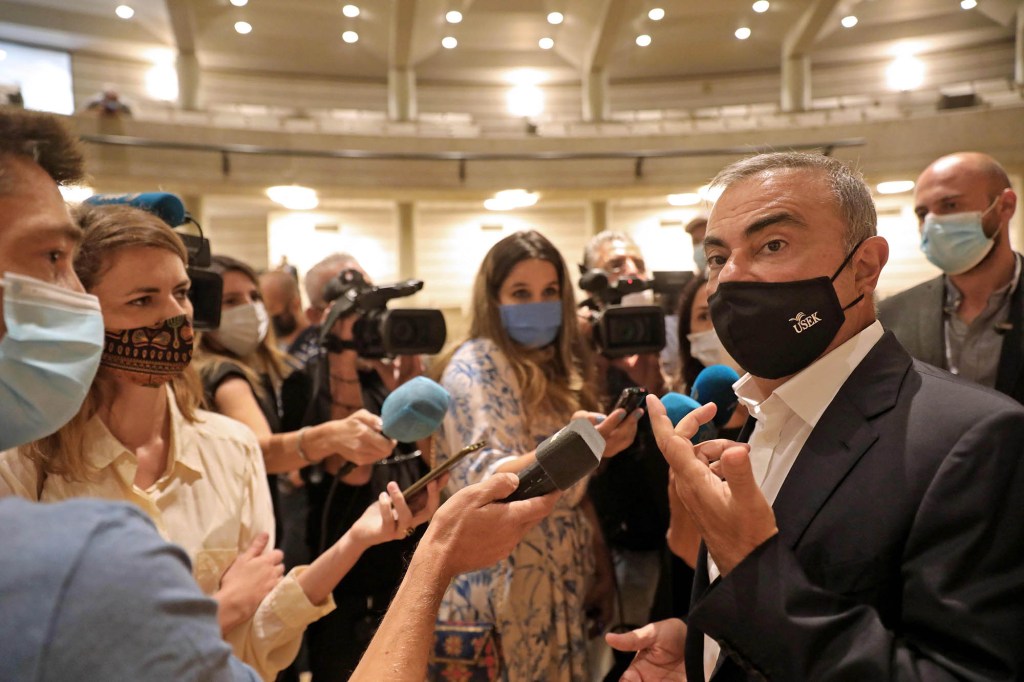 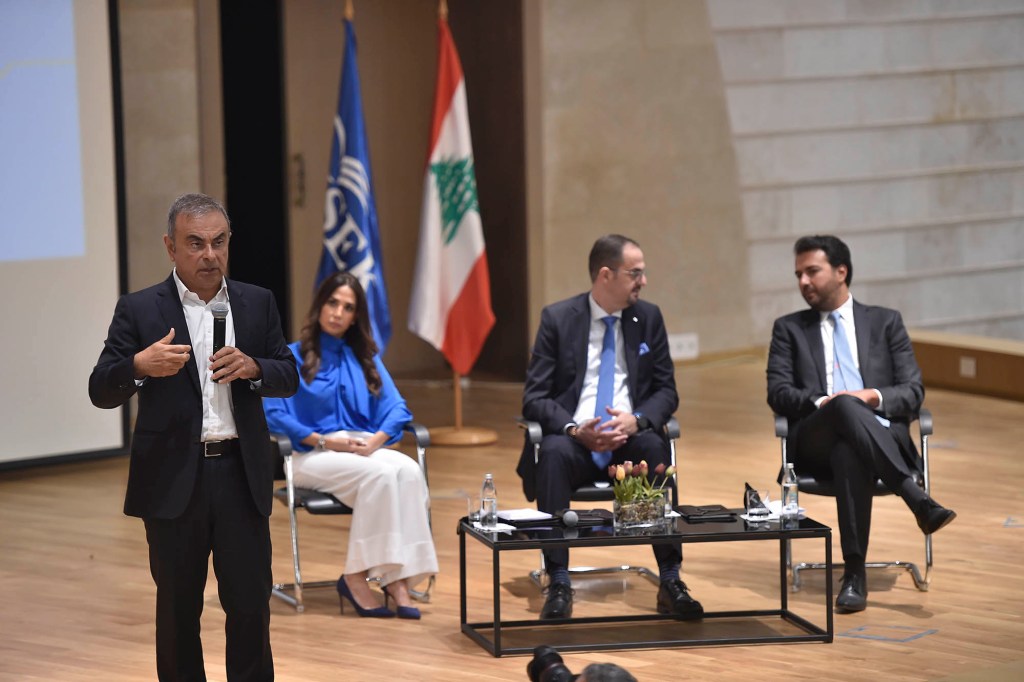 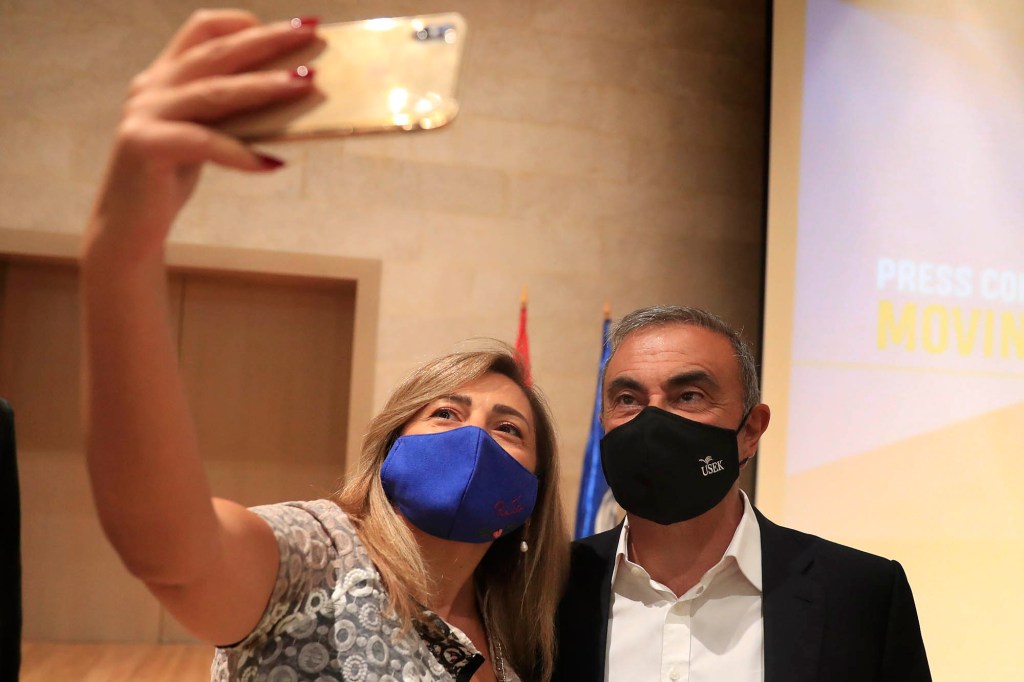 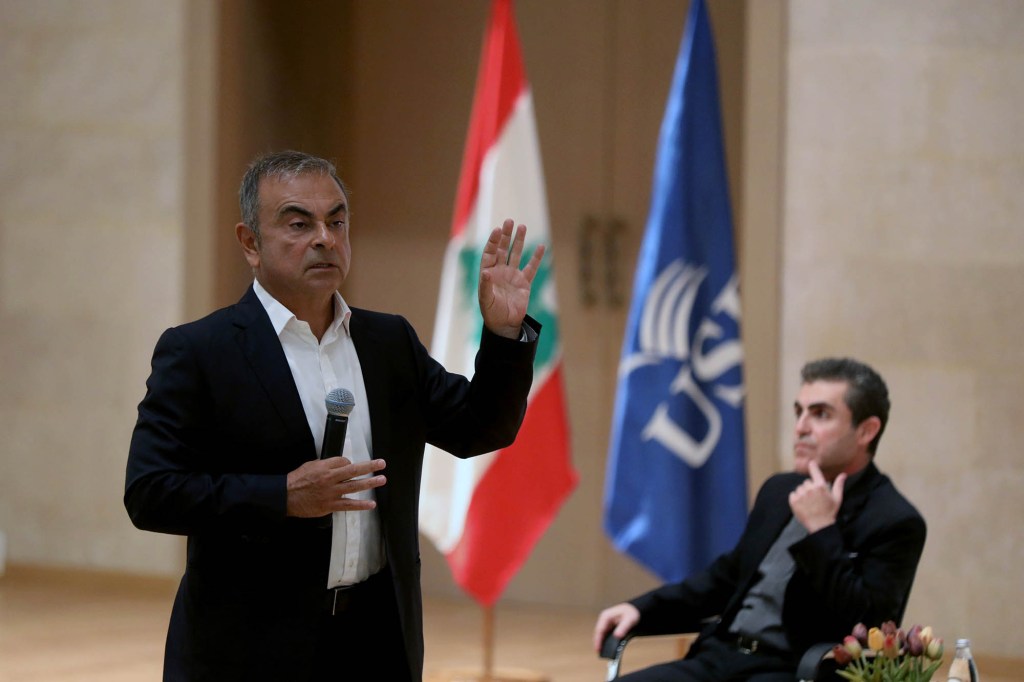