Fox News’ Brian Kilmeade discusses Chick-fil-A’s decision not to donate money to organizations like the Salvation Army after backlash from LGBTQ groups.

Chick-fil-A pushed back after multiple conservative outlets criticized the fast-food chain for a 2017 donation of $2,500 to the Southern Poverty Law Center.

"[T]he biggest shock came when Chick-fil-A donated to the Southern Poverty Law Center (SPLC), a group with a track record of labeling Christians as haters or groups following Christian beliefs as 'hate groups,'" Duffy wrote. "This is the same group that, in 2012, inspired a gunman to storm into the headquarters of my organization, the Family Research Council, and attempt to murder my colleagues and me and smash Chick-fil-A sandwiches on our faces." 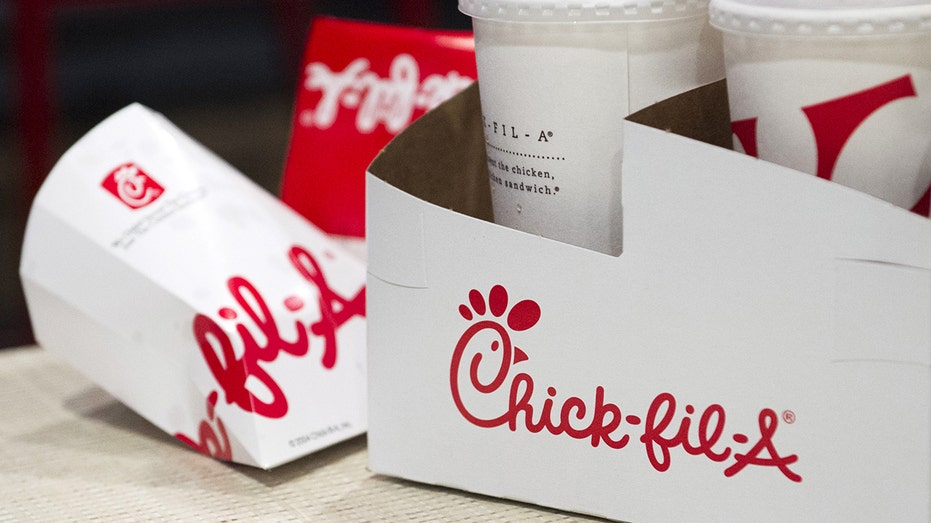 Drink and sandwich containers on a customer’s table during the grand opening of a Chick-fil-A freestanding franchise restaurant in midtown New York, Oct. 3, 2015. (REUTERS/Rashid Umar Abbasi)

Chick-fil-A has pushed back against the idea that its foundation supports the Southern Poverty Law Center.

"The SPLC donation was made by a volunteer member of the Chick-fil-A Foundation Advisory Board," a Chick-fil-A spokesperson told the Daily Caller News Foundation last week.

"Each volunteer advisor, in 2017, was offered the opportunity to recommend a grant recipient," the spokesperson said, according to the DCNF. "The grants were given to a range of organizations, including Meals on Wheels, Atlanta Mission, the Holocaust Survivor Support Fund, Georgia Historical Society and brain health research at Emory University."

"[Chick-fil-A founder Truett Cathy] famously said: ‘Probably the greatest gift that God has given any one of us is the power that we have to change people’s lives by what we do,'" the spokesperson said. "The best run company is the company that is forever thinking about others.

"It is in this spirit that all donations are made," the spokesperson said.

In 2012, a gunman named Floyd Corkins attempted to shoot up the Washington, D.C., offices of Family Research Council, a Christian public policy group.

Family Research Council President Tony Perkins recalled the incident that left employee Leo Johnson wounded in a post in November as Chick-fil-A faced fallout for ending support for The Salvation Army and Fellowship of Christian Athletes.

"In the days and years after that, we never talked publicly about Chick-fil-A's response to the shooting," Perkins wrote. "Mainly because there wasn't one. Through all of the press conferences, the trial, and sentencing, I never once picked up the phone or opened my email to a message from someone at headquarters."

FOX Business' inquiries to Chick-fil-A and the Southern Poverty Law Center were not returned at the time of publication.