Xi Jinping has taken a major gamble with the health of China’s population and its economy in ditching the “zero COVID” policies China has pursued for nearly three years.

The success, or otherwise, of the decision to ease the harsh restrictions and the attempt to re-open China’s economy will also have implications beyond China’s borders. 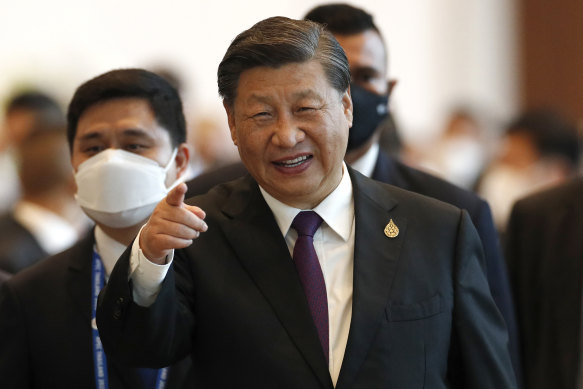 China’s authorities have blinked in response to the protests against their COVID policies and the continuing slowdown in its economy, with the announcement on Wednesday of a series of measures that represent a major about-face on its approach to COVID even as new infections are running at about 30,000 a day.

There will no longer be widespread testing, with only those working in highly-sensitive workplaces like homes for the elderly, healthcare or primary schools needing to provide proof of a negative test before entering their workplace. No longer will people have to show negative test results to attend public venues or use public transport.

Those with mild symptoms will now be able to quarantine at home rather than in isolation facilities and quarantine periods for close contacts and travellers have been shortened.

Apartment complexes will no longer be sealed off (and their doors chained or welded shut) if there is a single case of COVID, although single floors or individual apartments can still be locked down.

There will be greater urgency in lifting vaccination rates, particularly among the elderly who have been most resistant to being vaccinated.

In an indication that the shift in policies is being driven, not only by protests but by their impact on the economy, the Politburo meeting that preceded the changes also focused on growth, including plans to increase fiscal stimulus to drive more consumption and investment in infrastructure. Previous attempts to lift growth through stimulus have been thwarted by the chilling effects of the zero-COVID approach.

The brittle state of the economy was underscored by trade data released on Wednesday that showed an 8.7 per cent slump in exports – the biggest decline since the initial onset of the pandemic –and a 10.6 per cent fall in imports in November relative to last year. Exports to the US were down 25 per cent and to the European Union 11 per cent, with the rates of decline accelerating between October and November.

There are two dimensions to those numbers – China’s domestic economy and the demand from the rest of the world. 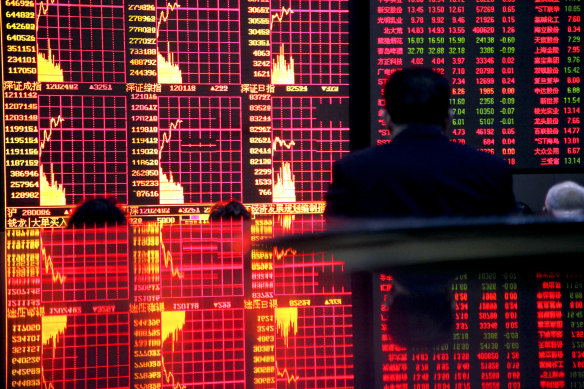 China’s sharemarkets have been getting excited about the prospect of Xi walking back the policies but their jubilation could be premature.Credit:Bloomberg

The continual lockdowns and their disruptive impacts on factory production, the restrictions and chilling effects of the COVID policies on international and domestic travel (air traffic in China is about 20 per cent of what it was before the pandemic and business executives and transport workers have been reluctant to leave their provinces in case they were caught up in a lockdown) and the concurrent implosion of China’s property sector have decimated growth.

Outside China, central banks’ aggressive efforts to contain raging inflation rates and the impact of the war in Ukraine on energy and food supply and prices are slowing global economic activity, pushing the world towards recession and dragging China’s already-anaemic GDP growth rate down in the process. China’s economy will grow only about three per cent this year, its worst performance in decades.

China’s economy rebounded faster and harder than the other major economies in the immediate aftermath of the COVID outbreaks in 2020 partly because its policies prevented mass outbreaks but also because there was a boom in consumer spending in western economies as households benefitted from near-zero interest rates and were showered with government cash. That caused China’s exports to soar.

Both China’s COVID policies and the fiscal and monetary settings in the other major economies are now being reversed.

China’s sharemarkets were getting excited about the prospect of the authorities walking back the zero-COVID approach even before it was announced. Hong Kong’s Hang Seng index had risen 28 per cent and the Shanghai Composite about 11 per cent from their year-lows at the start of last month before tailing off slightly in the past few days.

Their excitement might be premature. Loosening the strict measures China imposed to control infection rates could see outbreaks on a scale that China’s healthcare system, with less than 60,000 intensive care beds, may not be able to cope with.

Low levels of immunity in the general population, very low vaccination rates among the elderly and a stubborn refusal to access western mRNA vaccines despite the questionable efficacy of its locally-developed vaccines are a recipe for potential disaster even though (and the authorities are relying on this) the Omicron variant is less lethal than earlier mutations. Cities representing about three quarters of China’s GDP were already experiencing outbreaks.

If the authorities have miscalculated, there could, in a population of about 1.4 billion, be horrendous outcomes.

There is likely to be continuing caution among businesses and their workers and consumers while they wait to see whether the new policies do lead to new and larger waves of infection with even larger impacts on factory production and supply chains. 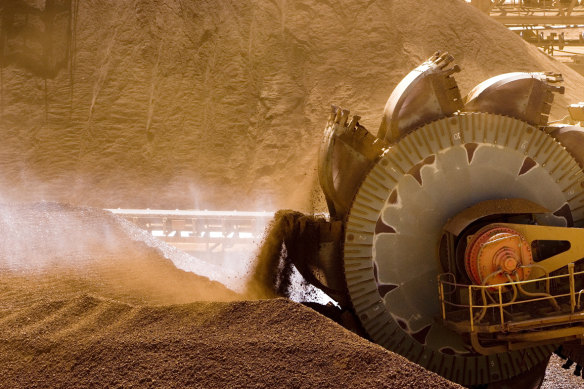 Rising commodity prices might be good for Australia but not so good for Europe, the US or some developing economies.Credit:Bloomberg

There may also be some trepidation that, if the infection and death rates climb, the authorities might revert to the old policies, although that seems unlikely given the political and economic implications.

Even if all goes relatively well, it will take time to lift China’s growth rate.

If it is assumed that the transition from zero COVID to a reopening of the economy goes smoothly, it would help lift the global economic growth rate but it would also feed into commodity prices and global inflation rates.

China’s demand for oil and gas has dwindled this year. Should growth come back quickly the oil price – which fell to $US77 a barrel on Wednesday, as low as it has been since the start of this year – would rebound and Europe would be paying even more for its gas.

The copper price has been volatile but its movement in the past couple of weeks has mirrored those in China’s stock markets.

Rising commodity prices might be good for Australia, given the significance of resource exports to China to the economy – hence the near-five per cent appreciation in the dollar against the US dollar in the past month – but not so good for Europe, the US or some developing economies.

The other query about the abrupt change to one of Xi Jinping’s signature policies, one that he has aggressively defended since it was adopted in early 2020, is whether it creates political instability.

Those who protested the policies and defied the authorities will be emboldened by their perceived success in forcing an authoritarian state that relies on Orwellian measures to control its population to back down.