A new era of transparency allowing superannuation fund members to see how their retirement savings are being invested started last week, but some of the biggest super funds are leaving consumers befuddled by gobbledegook contained in reams of spreadsheets.

New rules require funds to disclose the identity, value and weightings of their investments. Yet some of Australia’s biggest and best resourced super funds have seen fit to meet only the minimum requirement that says the data need only be provided in multiple downloadable spreadsheets. 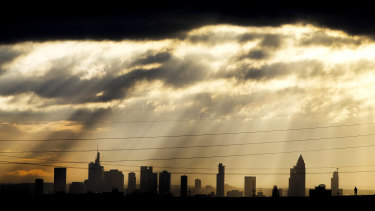 Sunlight is being shed on the investments of super funds, but some disclosures are hard to understand.

“Actual currency exposure (% of assets (including derivatives) in the investment option)” reads one of those clear-as-mud disclosures.

The regulations governing how the information is to be disclosed says it should be “readable”, but some funds have given that a wide interpretation.

The columns in spreadsheets provided by industry fund HESTA, for example, need to be expanded by the user to be viewed, and there are not even commas to mark out the thousands to help readers’ comprehension of what are often large numbers, Rice says.

When the new disclosure rules were finalised in November, the federal government hailed them as a boon to consumers in helping them understand how super funds are investing their money.

The disclosures have to be available on the funds’ websites, where anyone can see the investments they hold. Some consumers may want to avoid funds that have investments in companies involved in fossil fuel industries, for example.

The government said the new rules would make it easier for consumers to compare products and identify the most suitable funds for them. The disclosures made last week were for super funds’ investment portfolios as at December 31, 2001. They will be updated every six months.

Asked about HESTA’s spreadsheet disclosure, a spokesperson said the super fund has a duty to evaluate the costs of disclosure against how it improves members’ financial outcomes.

“We decided to provide fully downloadable and searchable files as there is considerable expense involved in developing a specialised interface.

“Accordingly, we will first assess the level and nature of member engagement with this information before committing to further expenditure.

“This decision will be balanced against other expenditure options aimed at improving member experiences, engagement and, ultimately, their financial outcome,” the spokesperson said.

HESTA is far from alone in providing the minimum disclosures required by the regulations. Retail fund Colonial First State FirstChoice Super is another. A spokesperson for Colonial said it was working on an “online interactive” version that will be available soon.

Others, such as AustralianSuper which has been disclosing its holdings for years, and Australian Retirement Trust – created earlier this year following the merger of QSuper and SunSuper – have taken extra steps to ensure their information is user-friendly.

They have clear labelling of their investments in tables that can be opened on their websites, rather than having to be downloaded as spreadsheets.

Bernard Reilly, the chief executive officer of Australian Retirement Trust, says the fund wanted to make its information as readable, user-friendly and easy to navigate as possible.

Consultant Michael Rice says these funds’ disclosures are well set out and members can follow the interactive tables provided on their websites. Yet even more could be done to provide explanations and assistance in reading the data provided, he says.

Some researchers are loath to criticise funds with poor disclosure, pointing to the time constraints the sector faced.

Alex Dunnin, the executive director of research and compliance at Rainmaker, says the disclosure regulations were only settled late last year, so “funds had to scramble hard to deliver this info”.

The federal government is monitoring disclosures and may consider refinements to further boost transparency for super fund members.

Jane Hume, the Minister for Superannuation, told The Sydney Morning Herald and The Age the government would be concerned if super funds were deliberately obfuscating their disclosures.

“I expect the regulator will be monitoring funds’ compliance with the spirit of the regime,” she says.