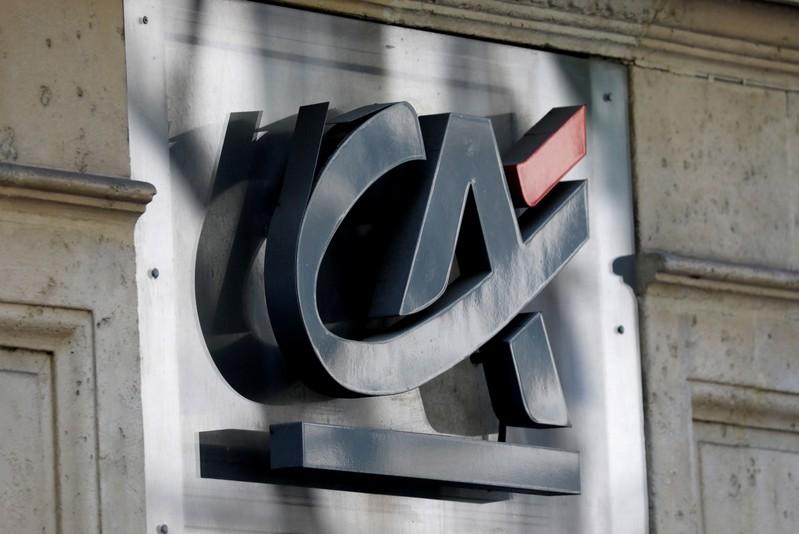 The bank said on Wednesday costs during the first quarter rose, most notably because of a higher contribution to the EU’s Single Resolution Fund (SRF) and accounting changes.

“On the one hand, there were strong revenues in large corporates and good cost control in French and international

retail banking, but on the other hand, top line and costs disappointed in Corporate Centre,” JPMorgan said in a note to investors.

Credit Agricole’s shares were down 3.7 percent on Wednesday afternoon.

Credit Agricole paid 40 million euros more to the SRF than it had a year earlier. Separately, during the first quarter of 2018, the bank had booked a capital gain of 86 million euros on the acquisition of three small Italian banks.

The bank’s top executives said the lender was nevertheless seeing generally positive signs, with higher profits in its French and Italian retail banks.

The first-quarter data show Credit Agricole has kept its profitability before exceptional items at a roughly stable level during the past quarters unlike its main rivals who have become more dependent on their volatile corporate and investment banking businesses to offset the sluggish retail business.

“All our indicators are green and widely so,” Chief Executive Philippe Brassac told reporters.

He noted the bank managed to boost profits in its retail units in France and Italy despite persistently low interest rates.

“We had a good performance which was not the case at all corporate and investment banks,” he said.

Larger rival BNP Paribas this month reported that a rebound at its investment banking arm had driven a rise in its first quarter profits.

But Societe Generale has stepped up restructuring at its corporate investment banking arm as its profits have shrunk, and others such as Goldman Sachs have been hit by market volatility.

Credit Agricole is due to announce financial targets on June 6.

The bank has surpassed goals management set for 2019 a year ahead of schedule, and brokerage Jefferies wrote that Agricole’s results showed that the bank remained on an upwards trajectory.

“This set of results confirms the good financial dynamic of the group,” wrote Jefferies.