Home » Economy » Dangerous waters: Is the world on the road to another financial crisis?

If anybody knows where the points of maximum stress lie as monetary tightening collides with epic levels of global debt, it is the man who wrote the definitive opus on the last traumatic blow-up in 2008.

Columbia professor Adam Tooze is the rising star of the Davos circuit. His book Crashed: How a Decade of Financial Crises Changed the World is a superb forensic analysis of the political and economic brew that led to the meltdown of the western banking system, and led to the Lost Decade that followed, with invidious consequences for Western liberal democracies. 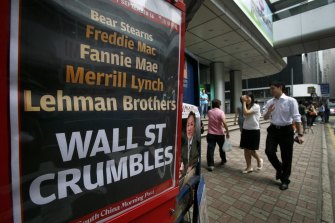 There is a frighteningly-long list of shoes to drop as inflation finally forces central banks to do what they desperately wish not to do, which is to yank away the debt shield that lulled both investors and the political class into a false sense of security.

“We don’t know what is going to break until it does, but there are a lot of reasons to worry, and there is going to be severe stress,” he said on the eve of the World Economic Forum, the conclave of the great and the good in Davos.

The global economy has never been so sensitive to the slightest change in borrowing costs. The Institute of International Finance says global debt has reached 348 per cent of GDP since the pandemic. It was 269 per cent at the peak of the last debt bubble in 2007.

The perennial locus of trouble is Europe’s half-built monetary union, where the bond-buying spree of the European Central Bank has mopped up Club Med (and French) debt issuance as if there was no tomorrow, and tomorrow has now arrived.

“Could Italy get bad quickly? Yes, it certainly could,” he said.

Italy’s 10-year bond yields have tripled this year to 3 per cent. Risk spreads have ballooned to 200 basis points, higher than they were when Mario Draghi was drafted by the political elites to save the country.

Tooze said the ECB has no credible mechanism to defend the southern European states as QE winds down.

“They’re talking about a ‘spread-management’ instrument and telling us they’ve got a magic bullet, but the markets don’t believe it,” he said. 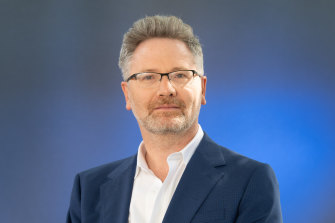 Columbia University’s Professor Adam Tooze is concerned about what is happening in the global financial system. Credit:Getty Images

Such an instrument, if it ever emerges, moves beyond anything plausibly billed as monetary policy. It looks like a naked rescue of insolvent sovereign states in breach of EU treaty law, and invites a challenge at the German Constitutional Court. It is anathema for northern hawks alarmed by the ECB’s slide into fiscal dominance.

“We all know that if there was a legal way to control yields they would already have used it. So it is just sleight of hand,” he said. The ECB can “skew” the reinvestment of its existing portfolio to vulnerable countries but that is a token gesture.

A fresh spasm of Club Med debt angst is coming as market vigilantes test the ECB’s ability to act. The exchange rate will take the strain: Europe’s €2 trillion ($3 trillion) investment giant Amundi says it expects the euro to hit parity against the dollar this year.

Tooze does not think euroland will disintegrate. Europe’s leaders cannot let that happen, but neither will they resolve the incoherence of an orphan currency union without fiscal union. “The whole eurozone has been in suspended disbelief for years. It ought to blow up but it never does because somehow they find ways to improvise,” he said.

“We don’t know what is going to break until it does, but there are a lot of reasons to worry, and there is going to be severe stress”

That does not exclude a crisis along the way, and Italy is the stand-out candidate because it has incendiary politics as well as zero trend growth and a debt ratio of 151 per cent of GDP. The unelected Draghi will soon be gone and the eurosceptic hard-Right leads the polls. Markets will test that too.

The silver lining is that inflation works wonders for debt-dynamics. It erodes the real burden of legacy borrowing through the denominator effect. People across the West should stop fretting about the CPI horror story and remember that bond holders – with broad-shoulders – are paying the main tab for the pandemic.

“Two or three years of inflation above 5 per cent is beneficial: it burns off the debt. But you have to protect vulnerable people from real income losses. That is a poverty problem, and there are policies to address it,” he said.

The UK is assuredly not addressing it. Its government is pushing through the fastest fiscal retrenchment in the developed world seemingly in the belief that public debt is nearing a critical threshold, or judging that mid-sized open economies with big trade deficits cannot take risks.

“It is a rerun of the 2010 panic, but without the rhetoric. I don’t see how they are going to build a working-class coalition like this,” he said.

The arguments over austerity have never been settled. There is a persuasive case that a fiscal squeeze at the wrong moment and at the wrong therapeutic dose is counter-productive on its own terms. It does not lower the debt ratio more than would otherwise occur, leaving aside the lost economic growth and social misery caused along the way.

America is doing its own variant of austerity-lite, swinging abruptly from eye-watering deficits to a negative fiscal impulse, but not because the White House has chosen to do so. Joe Biden cannot get his spending packages through Congress.

Tooze said the Rooseveltian $US6 trillion ($8.5 trillion) New Deal proclaimed during those hubristic halcyon days of early Bidenism have sputtered out. 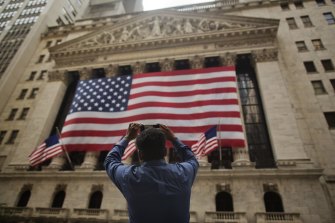 Tooze believes the US is a “huge weak link” in the global economy.Credit:Bloomberg

“It’s completely collapsed. The Democrats are going to face a massive defeat in the midterms this autumn, and they’ll have trouble holding the White House,” he said.

“All they have really done is the Recovery Act, which is really just sending out cheques, and a bit of infrastructure. In the end, Biden is going to achieve less than Obama,” he said.

He does not buy the line that America is roaring back at the head of a resurgent West, even if the autocracies have suffered a crushing reverse over recent months. “I see America as the huge weak link,” he said.

He broadly subscribes to the Fukuyama thesis that the American body politic is by now so rotten within, so riddled with the cancer of identity politics that it is developing a paranoid loser’s view of the world. The storming of Congress was not so much an aberration under this schema, but rather the character of modern America.

His opinion is pertinent since one of his early classics, The Deluge: The Great War and the Making of the Global Order, 1916-1931, was about the rise of America as the global hegemon.

Another of his books, The Wages of Destruction: The Making and Breaking of the Nazi Economy, is about the failed attempt by the authoritarians to hurl themselves against this Anglo-Saxon domination.

Tooze blames the disintegration of Sino-US ties largely on American petulance, describing China’s sins of copyright theft and piracy as the methods of catch-up economies through the ages.

“The escalation was driven by an American backlash. What the US has done on microchips and technology is basically a declaration of war on China. Taking down Huawei was a spectacular act of aggression.”

Nor does he accept that China is falling into the middle income trap. It will recover from the housing bubble, the tech crash, and zero-COVID, because the fundamentals remain intact.

China has escaped the curse of identity politics, albeit by totalitarian means. It has the incalculable resource of what Hegel called “disposition” or what we might call patriotism. “China can call on all its citizens and mobilise the flows of labour in ways that almost no other country can,” he said.

This is not, on balance, my view. I think the US will again heal itself and that China’s sorpasso will fall short as the country succumbs to Japanification and slowly fades into old age. But there is a high risk that Tooze’s deep pessimism on America may be all too close to the mark.