The cost of catastrophe claims at QBE is climbing faster than expected, with the insurance giant warning of an estimated $100 million blowout to its yearly target amid extreme weather events and exposure to the war in Ukraine.

The ASX-listed insurer released a third-quarter update on Monday, which showed the net cost of catastrophe claims in the nine months to October was tracking at around $880 million, with catastrophe allowance for November and December set at about $180 million.

This means QBE’s assumed net catastrophe costs for 2022 will come in at $1.06 billion, higher than its previous allowance of $962 million. Catastrophe claims include cyclones, storms, floods and bushfires. 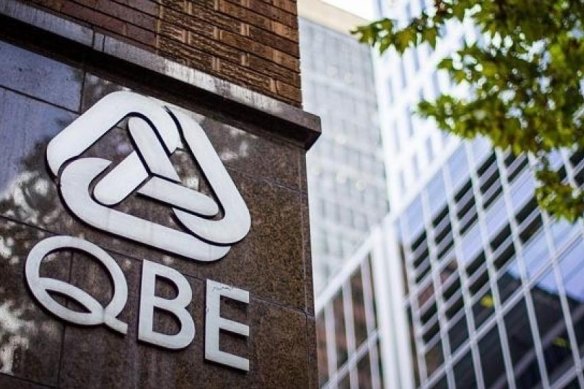 QBE’s share price dropped by more than 3 per cent to $11.91 at the open before bouncing back during the session as investors digested the information released to the market. The insurer’s stock has risen 0.9 per cent in the past 12 months.

The global company, which is headquartered in Sydney but operates in 27 countries, warned that elevated catastrophe activity had continued into the second half of the year, with global catastrophe costs for the insurance industry likely to exceed $US100 billion.

The catastrophe costs include a $75 million charge for exposure to the Ukraine conflict, which was flagged earlier this year, and is in part due to insurance written to planes that are stuck in Russia. Costs were also affected by damage to North American crops from Hurricane Ian, which struck Florida at the end of September.

QBE’s update comes as floods ravage NSW’s central west, with many towns still waiting for rivers to peak. The town of Deniliquin, near the NSW-Victorian border, is facing a double threat, with evacuation orders issued on Sunday afternoon for flooding from the Edward River as strong winds lash the town. Areas where the floods have already peaked are now starting the clean-up process.

However, QBE said other performance measures had been strong in the quarter. Growth in gross written premium was up 6 per cent on the previous quarter. The group predicted its combined operating ratio – a key gauge of profitability which compares premiums with claims and expenses – would be about 94 per cent at the end of the year.

Hugh Dive, chief investment officers at Atlas Fund Management, who has shares in QBE, said the insurer’s stock had sunk heavily at the start of the day but bounced back as investors realised the $100 million was “not a massive blowout”.

“There’s always a bit of carrot and stick with these things. The stick is obviously the extra $100 million in catastrophe allowances, but there are a few carrots in there,” he said.

“The price momentum continued, premium rates increases, and the momentum in the yields on the float … And the combined ratio guiding to 94 per cent which is roughly what they gave in August, they said low to mid-90s so that’s all ok.”

Natural disasters in Australia such as the east coast flooding would have contributed to the extra catastrophe costs, Dive said, but it wouldn’t have affected the company to the same extent as other insurers.

When QBE released its half-year results in August, chief executive Andrew Horton warned that the pace of inflation would be a crucial influence on insurance premiums, which continue to surge as Australian insurers continue to deal with a deluge of disaster claims. 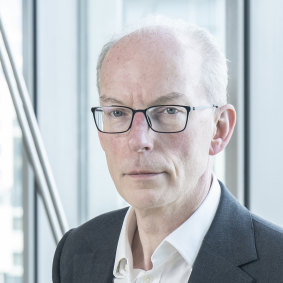 Andrew Horton at QBE’s Sydney HQ. After a career in Britain, working overseas was an attraction for his new role.Credit:Louie Douvis

On Monday, the company said its observations about inflation remained similar to those outlined during the half-year result.

“Despite aggressive central bank action over recent months, risks associated with the persistency of inflation remain elevated, and QBE expects to strengthen long-tail reserves in the second half to build resilience for a more prolonged inflationary environment,” it said.

“The impact will be broadly offset by the release of COVID risk margin, where residual risk associated with COVID business interruption claims has reduced following recent legal decisions.”

In October, the High Court declined to hear a further appeal in a long and complex dispute over “business interruption” cover, and whether insurers are liable for losses associated with pandemic lockdowns.

The decision provided greater clarity to the market because it meant most of the appeals have now reached the end of the road. It led investors to bet that insurance companies would cut their provisions for payouts to businesses that suffered losses due to pandemic lockdowns.