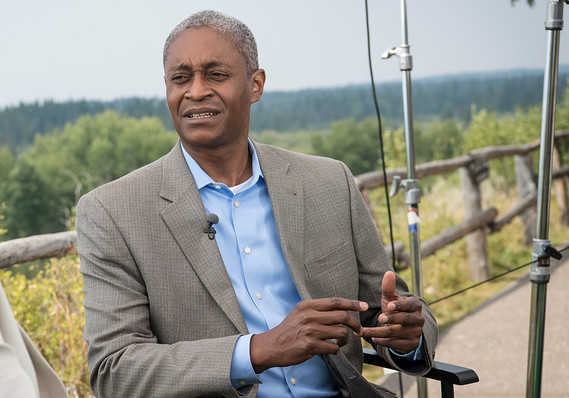 Atlanta Fed President Raphael Bostic suggested Thursday he favors at least some more policy tightening, but did not comment on the timing of any moves.

The Fed’s gradual rate hikes have bought the benchmark interest rate to “within shouting distance” of neutral, a level that neither boosts nor hinders growth, Bostic, a voting member of the Fed’s interest-rate committee, said.

“I do think neutral is where we want to be,” he added, in remarks to the University of Georgia Terry College of Business.

Bostic said he wouldn’t predict the outcome of the Fed’s December meeting, now less than two weeks away.

Economists think the Fed will follow up on its stated intention to hike interest rates again for the fourth time this year.

Bostic said he didn’t see clear signs of overheating or a material slowdown in the economy.

Bostic said that once the data deliver “clearer signals” of where the economy is headed, he would be “fully prepared to support policy actions to mitigate the risks in either direction,” he said.

“There is a lot to like about the current snapshot of the U.S. economy,” he said.

Inflation has softened slightly over the past three months, he noted.

Bostic said he expects gross domestic product to slow over the next few years as the effects of tax cuts begin to wane.

By the end of 2020, he expects GDP will be growing modestly below a 2% annual rate. The trajectory of capital spending makes him skeptical that this year’s 3% growth rate can be sustained, he said.

It is possible that the U.S. economy has gone beyond “full employment,” which could mean the economy was under “high-pressure.” Going back to 1960, every high-pressure period has ended in a recession, he noted.

The Fed must balance the risks of being too timid with the risk of being too muscular, he said. The best way to do this was to “proceed cautiously, with a keen eye on the data,” Bostic said.