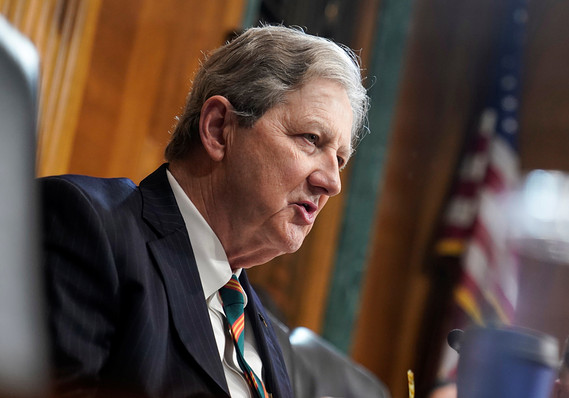 When Sen. John Kennedy asked Fed Vice Chairman for Banking Supervision Randal Quarles on Thursday if banks were too big to fail, he didn’t get the ‘”yes” or “no” answer he was looking for.

Instead, at a Senate Banking Committee hearing, Quarles chose to reframe the question.

“The way that I look at that question is, will regulators in the future or the government in the future, when it’s faced with stress at a large institution, have an option other than providing support for the continued life of the institution,” Quarles replied to Kennedy.

“I think those options will exist,” he added.

It is a rite of passage for banking regulators to be pressed by lawmakers on whether or not banks are too big to fail.

During his Senate confirmation hearing, Fed Chairman Jerome Powell said that there are no banks that are too big to fail.

“I think we’ve made a great deal of progress on that,” Powell said, citing the higher capital requirements and new rules that regulators had imposed on banks.

Like Powell, Quarles credited higher capital and liquidity requirements as a means of preemptively stopping banks from becoming reliant on a government bailout in the event that they fail.

“At the same time, we must be conscious that we have not actually tested the failure of a large bank in the marketplace — surely a good thing!” he said.

“Our economy’s much better and it is still healthy, but we know at some point we’ll have a recession,” Kennedy said. “I think it was [Warren] Buffett who said ‘You don’t know who’s swimming naked until the tide goes out.’”

Earlier this year, the Financial Stability Board, a global forum for regulators which Quarles chairs, announced a year-long initiative aimed at determining if post-crisis reforms were successful at preventing banks from becoming too big to fail. The FSB report is set to be published in June 2020.

Shortly after the initiative launched, Quarles said in a speechthat “the FSB and other global standard-setters developed a framework and a set of policy measures intended to reduce the moral hazard risks posed by systemically important financial institutions.”