Two former Federal Reserve officials are warning the U.S. central bank will struggle to tame the hottest inflation in four decades without sending the economy into a recession.

The critiques were made by the Fed's two most recent vice chairs: Richard Clarida, who until January served as a vice chair for monetary policy formation, and Randal Quarles, a Trump-appointee who oversaw banking regulation until the end of 2021. Their comments come as the Fed races to catch up with inflation – which is at a 40-year-high – by aggressively tightening monetary policy.

"The effect is likely to be a recession, given the intensity of inflation and the degree to which unemployment has been driven down," Quarles said last week during an interview with the "Banking With Interest" podcast. "It’s unlikely that the Fed is going to be able to manage that to a soft landing."

That sentiment was echoed by Clarida, now an economics professor at Columbia University, who said the Fed will need to raise its key rate well into "restrictive territory" to cool consumer demand, slow economic growth and curb inflation.

The Fed voted unanimously last week to increase the interbank lending rate by a half-basis point for the first time in two decades as it ratchets up the fight to combat inflation. Chairman Jerome Powell all but promised two more similarly sized hikes at the Fed's coming meetings in June and July as policymakers seek to "expeditiously" get overnight borrowing costs to a neutral range of 2.25% to 2.5%.

Current market pricing shows that traders expect the rate to rise to 3.0% and 3.25% by the end of the year, according to CME Group data, which tracks trading. That would mean the Fed raises rates at every meeting for the rest of the year, including three half-point hikes. 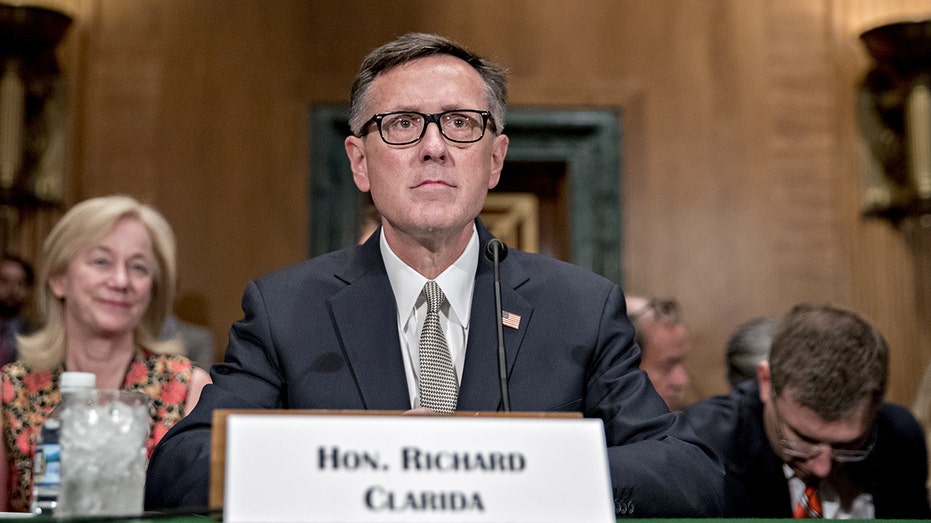 Richard Clarida, vice chairman of the U.S. Federal Reserve, said he would resign from the central bank on Friday, two weeks before his term on the central bank’s board is set to end.  (Photographer: Andrew Harrer/Bloomberg via Getty Images)

The Fed also announced it will start reducing its massive $9 trillion balance sheet, which nearly doubled in size during the pandemic, as the central bank bought mortgage-backed securities and other Treasurys to keep borrowing cheap.

Although the steps marked the most aggressive tightening of monetary policy in decades, the former central bank officials believe that policymakers need to do more to get consumer prices under control.

Clarida, speaking at a conference at Stanford University's Hoover Institute, said policymakers need to raise rates to "at least" 3.5% – if not higher – to stop sky-high inflation.

"The Fed has the tools to meet this challenge, officials understand the stakes, and are determined to succeed," Clarida said. "But the Fed’s instruments are blunt, the mission is complex, and difficult trade-offs lie ahead."

Quarles, a known policy hawk, was even more direct in his criticism of the Fed.

"We would have been better served to start getting on top of it in September," he said, blaming the delay in part on the fact that President Biden did not re-nominate Powell to be Fed chair until November.

Powell has acknowledged there could be some "pain associated" with reducing inflation and curbing demand but pushed back against the notion of an impending recession, identifying the labor market and strong consumer spending as bright spots in the economy.

"It’s a strong economy," he said Wednesday. "Nothing about it suggests it’s close to or vulnerable to a recession."