The recent decision by the Federal Court in the ASIC v Westpac appeal is an important authority on the difference between "general" financial advice and "personal advice."

However, reports of the death of "general advice" are greatly exaggerated. They are more about the selling tactics which parts of industry thought that "general advice" could be used for, rather than the implications of anything which the court actually stated. 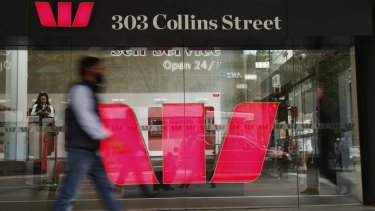 The Westpac appeal decision makes it clear that you can’t dress-up a sales campaign as “general advice.”Credit:Darrian Traynor

However, true "general advice" still exists. It is an interaction with a customer which leaves that customer with a choice to make their own decision – in their own time – after considering the implications of making the decision for themselves or after obtaining personal advice. The customer must not be given the impression that their personal circumstances have been considered.

Profit-making organisations might now struggle to justify paying large workforces of outbound telephone callers to start up conversations which lead nowhere in a commercial sense and which end with leaving the customer to go away and ponder their choices. If so, in that part of the industry, there may be little motivation to provide "general advice" on a large scale.

However, for organisations which are happy to engage with their customers to genuinely expand their customers’ understanding and financial literacy around important choices which are open to them, there is scope for "general advice" to continue being provided.

Australian Financial Services licensees have always been required to act efficiently, honestly and fairly. In Westpac’s case, what was deemed unfair was trying to close a transaction during one phone call. Customers were being asked to decide whether to consolidate their super accounts – a decision which depended on factors which Westpac knew their customers had not yet considered.

Therefore, it was unfair to take the customer to the point of making a decision on the spot. This is an easy lesson for organisations to take on board. Apart from that, it’s business as usual for "general advice."

Luke Barrett is general counsel at UniSuper and chairman of the Law Council of Australia's Superannuation Committee. The views expressed are personal opinions and do not necessarily reflect the views of any organisations affiliated with the writer.