The golden age of the millennials is already over. Generation Z is the new force in consumerism, and this cohort – scarred by the financial crisis and raised clutching a smartphone – has now eclipsed its predecessor in size.

Barclays analyst Hiral Patel argues that Generation Z, who were born between 1995 and 2008, are not just "mini-millennials" and companies are "failing to appreciate the two generational cohorts are different". In fact, in some respects the two generations are complete opposites of one another. 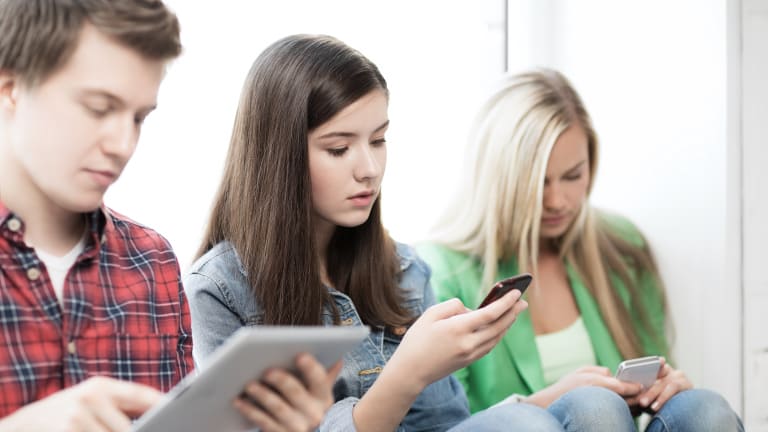 Gen Z is expected to make up 40 per cent of consumers around the world by 2020. In the US they already have $US200 billion ($269 billion) of direct buying power and an extra $US1 trillion of indirect buying power. With the oldest of this generation now entering employment, companies are scrambling to tap this new growing force in consumerism.

The way Gen Z-ers consume information, think about themselves and even enjoy life pose big challenges for companies attempting to entice the next generation of spenders. With a consumer's spending peaking in their 30s, companies try to attract a loyal following when they are young.

"This period when they are teenagers is so impactful on their purchase decisions," says Accenture's Suzy Ross. A boy dazzled by a sports car typically makes the decision to buy it when he is 13 but will only purchase a car like it when he is 50, she explains.

Gen Z have been shaped by the two defining features of the last decade: the financial crisis and smartphones.

Barclays argues that millennials are now focused, idealistic and hedonistic. They value convenience and are relaxed over money. This "me" generation has been followed by a financially-conservative, pragmatic, ethical and sober group wary of what the future holds. The digital natives has been succeeded by technoholics who first laid eyes on smartphones when they were very young and have not averted their gaze since.

Gen Z-ers have been scarred by the financial crisis a decade ago, according to Josephine Hansom of YouthSight, a market research company specialising on millennials and Gen Z. Millennials, by contrast, were defined by boom years and 9/11.

She believes Gen Z-ers are "savers rather than spenders" but are not necessarily "particularly sophisticated in their finances". Some 79pc of Gen Z, which still includes consumers heavily dependent on their parents, said they had a budget, according to YouthSight.

"Throughout their childhood and teens they've been told, 'We're in a recession and finances are bad.'

"When you are told something is very scarce, you treat it very differently."

The effect could be more pronounced in the UK, where the prevailing rhetoric in the political discourse since the crisis has focused on tightening belts and past excesses of debt. Barclays argues that millennials are now also belatedly beginning to hold a more negative view on debt, a trend it attributes to the burden of student debt.

The risk-averse nature of Gen Z is not necessarily a positive development.

"They're not going to be taking out the loans to buy a car or buy a new sofa, or get things on zero per cent finance," warns Hansom.

One in five Gen Z-ers believe that personal debt should be avoided at all costs, while 56 per cent say they have discussed saving money with their parents in the last six months, according to a survey conducted by the Centre for Generational Kinetics.

Barclays says that the desire to avoid personal debt has cultivated an entrepreneurial spirit in Gen Z. Being successful has been shown to be more important to Gen Z than previous generations, and 77pc earn their own spending money through freelance work, a part-time job or earned allowance.

The start of the financial crisis was not the only key moment of 2007 to shape them. The birth of the iPhone and the transformational effect smartphones have had in every walk of life has also underpinned the spending habits of this cohort, also known as the iGeneration.

"This is a generation that went straight to smartphones," says Ross. "From the word go they have had access to the world and information."

They would also prefer to rent a car or bike with a few lazy flicks of a thumb on an app, a cheaper option than buying and more convenient for their immediate needs. Their debt angst and the ascendancy of the gig economy – where employment is dynamic and insecure – could also dissuade them from making big-ticket purchases and opt for rental.

Ross argues: "As a generation they are not looking to acquire stuff.

"Whether it's the economic reality they face or how much capital is tied up in the older generations, they are much more comfortable with fractional ownership, renting and selling things on."

To those who grew up in households dominated by financial insecurity during the last recession, the traditional notion of buying with credit is going to be tough sell.

Companies will have to rethink their approach – and fast.