Developer Don Peebles: Housing market ‘in for a crash landing’

The Peebles Corporation chairman and CEO assesses the housing market and shares his expectations for the November midterms on ‘Maria Bartiromo’s Wall Street.’

Confidence among builders in the U.S. housing market tumbled more than expected in October to the lowest level since the beginning of the COVID-19 pandemic as painfully high inflation and rising borrowing costs forced potential buyers to pull back.

The National Association of Home Builders/Wells Fargo Housing Market Index, which measures the pulse of the single-family housing market, fell for the tenth consecutive month to 38, marking the worst stretch for the housing market since the survey launched in 1985.

Any reading above 50 is considered positive; prior to this year, the gauge has not entered negative territory since 2012, excluding a brief – but steep – drop in May 2020.

The index has fallen to half of what it was just six months ago, when it stood at 76. It peaked at a 35-year high of 90 in November 2020, buoyed by record-low interest rates at the same time that American homebuyers – flush with cash and eager for more space during the pandemic – started flocking to the suburbs. 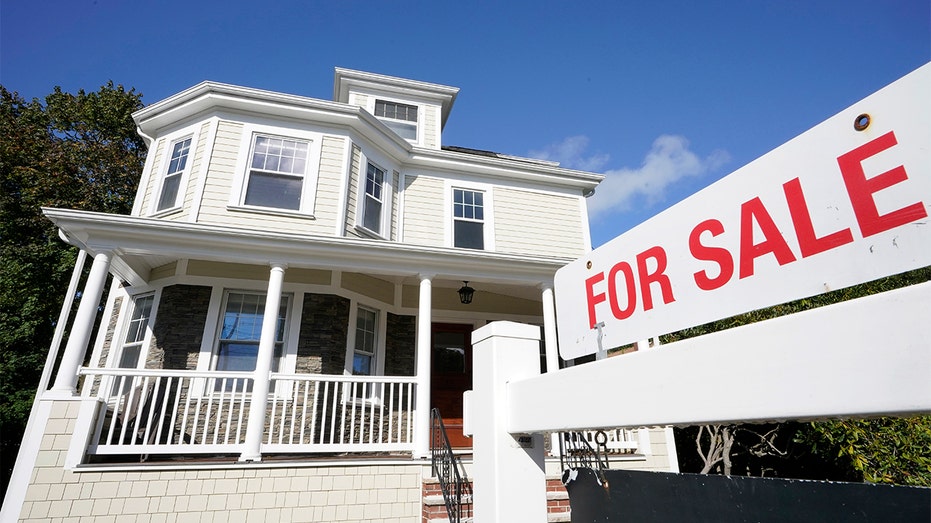 A for sale sign stands in front of a house on Oct. 6, 2020, in Westwood, Massachusetts. (AP Photo/Steven Senne, File / AP Newsroom)

October's reading was below the median expectations among economists for a decline to 43 from last month's recording of 46.

The survey's measure of current sales conditions slid 9 points to 45, while its gauge of sales expectations over the next six months plunged 11 points to 35. The component looking at traffic of prospective buyers slumped six points to 25.

"This will be the first year since 2011 to see a decline for single-family starts," NAHB chief economist Robert Dietz said in a statement. "And given expectations for ongoing elevated interest rates due to actions by the Federal Reserve, 2023 is forecasted to see additional single-family building declines as the housing contraction continues."

Houses in the Harris Ranch community of Boise, Idaho, US, on Friday, July 1, 2022.  (Jeremy Erickson/Bloomberg via Getty Images / Getty Images)

INFLATION MAY HIT SOME RETIREES TWICE

The interest rate-sensitive housing market has started to cool noticeably in recent months as the Federal Reserve moves to tighten policy at the fastest pace in three decades. Policymakers already approved five straight interest rate hikes, including three 75 basis point increases in June, July and September, and have shown no sign of slowing down as they try to crush stubbornly high inflation.

The average rate for a 30-year fixed mortgage climbed to 6.92% for the week ending Oct 15, according to recent data from mortgage lender Freddie Mac. That is significantly higher than just one year ago when rates stood at 3.05%.