While most Australian share fund mangers struggled in the year ended June 30, one stood alone at the top of the performance rankings table with a return of almost 20 per cent before fees and taxes.

Lazard Select Australian Equity Fund blitzed the field to be named by Mercer as the best-performing Australian share fund. Its return for 2021-22 was more than 6 percentage points higher than its second-placed rival.

The performance is even more impressive when compared to the overall Australian sharemarket, which produced a total return for the financial year of minus 6.5 per cent. 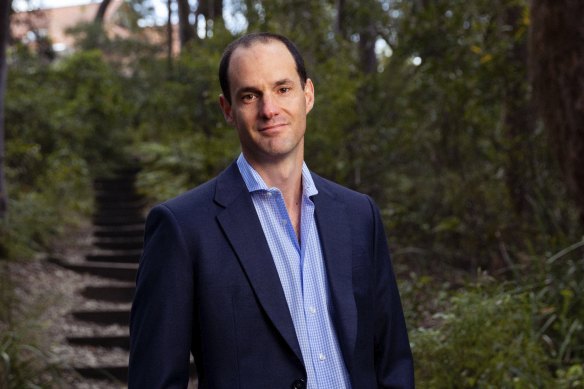 The Lazard Select Australian Equity Fund holds a portfolio of only about 30 stocks and has been running for 20 years.

Aaron Binsted, Australian equities portfolio manager at Lazard Asset Management, which runs the fund, says it is managed with a “value tilt”, meaning it looks for shares trading cheaply in quality companies that have good cash flows. That strategy has helped ensure the fund steers clear of speculative stocks that tend to have high price-to-earnings multiplies, such as the information technology sector and health care.

The share prices of most of these growth companies have fallen significantly as interest rates have risen, as investors demand shares in companies that are profitable now rather than in the future.

“Not being in those stocks has helped the performance of the fund,” Binsted says. “On the other side, we own lots of stable, well established businesses that were ignored by the market in 2020 and 2021,” he says.

“These include companies like Coles, Metcash, QBE Insurance, Computershare and Woodside, whose share prices have remained stable, or have gone higher during the downturn in the market,” he says.

The fund’s largest holding in the June quarter was QBE Insurance at 10.2 per cent, followed by Woodside Energy at 9.6 per cent and AMP at 6.2 per cent.

OBE’s share price jumped more than 10 per cent during the 2021-22 financial year. Rising interest rates boosted the returns the general insurer earns on its reserves – the pool of provisions set aside for future claims.

A rise in insurance policy premiums has also been a positive factor for QBE which, Binsted believes, likely has further to run and is not yet fully reflected in QBE’s share price.

Still, the fund holds some fossil-fuel interests, such as oil and gas producer Woodside Energy and Whitehaven Coal.

The world has under-invested in the energy sector, resulting in higher fossil fuel prices, Binsted says. Whitehaven was one of the fund’s top performers as global coal prices soared.

Binsted believes the deflation of the bubble in the prices of growth stocks has a way to go before the sharemarket returns to “normal”. He is not expecting a repeat of last financial year’s bumper return, but says the fund remains well positioned to continue to do well.