If you’ll forgive a bean-counter’s lament, it’s a pity our success at the Olympics overshadowed our much rarer, more valuable, commercial success, when two young Aussie entrepreneurs sold their business, Afterpay, to the American financial technology giant, Square, owned by Twitter co-founder Jack Dorsey, for $39 billion – making it our biggest-ever company takeover. Oh the honour, the glory, the recognition for poor little Australia!

Yes, I am laying it on a bit thick. It’s certainly a big deal but, as my mum used to say, I hae ma doots about how pleased we should be to see Afterpay and its ilk inflicted on our own young people, let alone young people around the world. 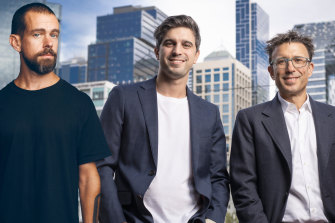 But welcome to the mysterious world of “fintech” – the application of the internet and digital technology to the formerly boring world of paying for things, borrowing money and moving it around.

We’re witnessing the migration to online retailing, we’ve seen Uber shake up – or shake down – the taxi industry, seen Airbnb do over the hotel industry, seen the digital disruption of the media moguls, and now it’s the banks’ turn in the firing line.

All these innovations have taken off because, whatever they’ve done to the careers and livelihoods of people working in the affected industries, they’ve brought benefits – often just greater convenience – that consumers find attractive.

The global tech behemoths – particularly Apple, with its Apple Pay – are moving in on the banks’ territory, while a host of start-up businesses are thinking of new ways to provide a financial service the banks don’t. The big banks are unlikely to take this lying down, but so far they haven’t done much. 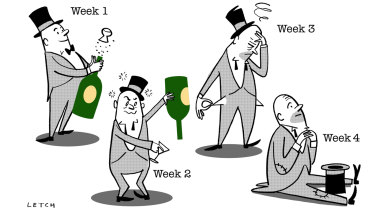 This is where Afterpay comes in. In 2014, Nick Molnar and Anthony Eisen came up with a new way to BNPL – buy now, pay later; get with it – without having to pay interest. You buy something from a retailer – usually for a modest sum, say $1000 or less – then pay off the purchase price in four equal fortnightly instalments.

That’s it. No more to pay. Unlike the old practice of buying things on lay-by, with BNPL you get your hands on the purchase at the beginning, not the end.

The scheme has proved really popular with people under the age of 30 – who seem to have an aversion to using credit cards and the high interest rates that go with them. So you don’t just have one BNPL loan, you probably have several.

The idea’s been so popular that Afterpay’s had a number of competitors spring up, each with slightly different repayment rules. At first it was assumed Afterpay would be hit by last year’s lockdown but, but with everyone stuck at home and buying things online, its business has exploded.

You might imagine it’s making huge profits – especially considering what the Americans are prepared to pay for it – but that’s often not the way success works in the digital startup space, where the emphasis is on funding rapid expansion. Afterpay has yet to declare a profit – or a dividend. But don’t look at the profit, feel the rocketing share price.

By now, however, I trust your bulldust detector is flashing. They lend you money, but they don’t charge interest? There must be a catch. Two, in fact. The first is that Afterpay charges the retailer a “merchant fee” of 4 to 6 per cent of the value of the transaction, plus 30c.

So, it’s the retailer that pays the interest – in the first instance, anyway. And when you remember we think in terms of annual interest rates, 4 to 6 per cent on a loan for just eight weeks is a pretty steep rate.

How does the retailer cover the cost of the “merchant fee”? By raising the prices it charges – to the extent that competition allows. This could well mean customers who don’t use Afterpay help cover the costs of those who do.

But the second way Afterpay recoups the equivalent of interest is by charging a flat $10 fee for a late fortnightly payment. If the payment is still outstanding after a week, a further $7 is charged. On a $150 fortnightly repayment, $10 would be a quite hefty penalty interest rate.

But whereas all this looks and smells like interest payments to a bean-counter like me, it doesn’t to a lawyer. So the BNPL game isn’t subject to the Credit Act that regulates other lenders, including its responsible lending obligation, which requires the lender to perform credit checks and verify a customer’s income and ability to repay.

Someone who borrowed no more than they could afford to repay would come to no harm. But not all of us are so self-controlled and worldly-wise. Especially when we’re young.

I suspect the authorities are pleased to see the fintechs putting our hugely profitable banks under competitive pressure, and will leave it a while before they bring the innovators into the regulated fold. Until then, some poor people may learn financial literacy the hard way.