Home » Economy » Inflation’s on the rise, and worker pay has little to do with it 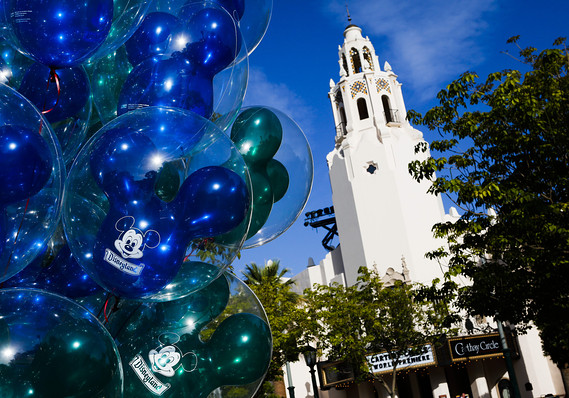 There’s been a lot gnashing of teeth lately about rising U.S. inflation, but it’s not the business cost of employing the working man and woman that’s to blame.

The average American worker earns about $27 an hour, based on the government’s employment report for July. And over the past year hourly pay has risen 2.7%.

That’s not bad, mind you. Wages are actually growing faster now than the 2% or so annual gains that prevailed during most of the nine-year-old expansion.

Yet worker pay usually rises as much as 4% during a boom period, and there’s been basically no change for two years.

“The lack of wage growth remains a huge puzzle,” said chief economist Scott Anderson of Bank of the West. “The law of supply and demand means faster wage growth has to start kicking in at some point here.”

Some yardsticks of worker compensation suggest that point has already arrived, but it’s still far from clear. Nor do rising labor costs appear to be reflected in the government primary inflation gauges such as the consumer price index.

Take the CPI. The cost of living has climbed 2.9% in the past 12 months based on the most recent reading in June. Just one year earlier, the index was rising at a meager 1.6% pace. 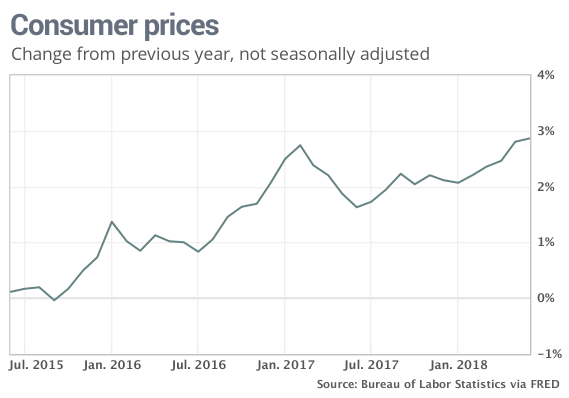 The biggest contributor to rising inflation has been a spike in gas prices. The cost of gas has leaped 24% in the past year, accounting for about one-third of the current level of inflation.

Rising rents and home prices are the other big culprits. The cost of shelter is responsible for about 38% of the current rate of inflation.

Those two items alone are the sources of about two-thirds of U.S. inflation.

In neither case have higher wages played a big part. Higher prices at the pump can be explained by the soaring cost of oil globally. And the cost of housing is mostly an offshoot of a limited number of new and used properties for sale or rent.

The upcoming CPI reading for July, due Friday, is likely to show more of the same. Gas and housing are the biggest sources of rising inflation. The cost of most other goods and services aren’t rising all that much.

How come? Americans are reluctant to pay higher prices. After all, the 2.9% increase in the CPI over the past year has outstripped the 2.7% gain in hourly pay. Consumers simply can’t afford to pay much more even if they wanted to.

That’s the crux of the matter. Tight labor markets and higher costs of raw materials have often spawned sharply higher inflation in the past. But in a modern world of savvy, price-conscious consumers just a cellphone’s click away from the Internet, it’s not so easy for anyone to raise prices.

The Federal Reserve has taken note. The central bank is raising U.S. interest rates to squelch the possibility of the economy overheating, but they certainly aren’t in a rush. Last week the Fed decided to leave rates unchanged for the time being.