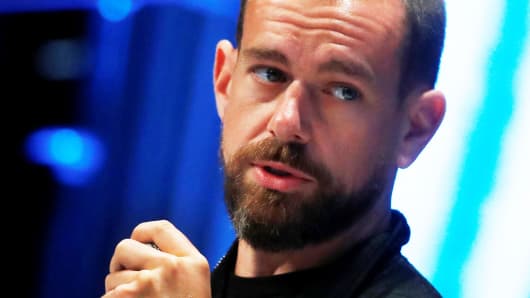 The recent drop in Twitter’s stock is a great buying opportunity, according to J.P. Morgan.

The firm reiterated its overweight rating for the social media company’s stock, downplaying the impact of Twitter pruning fake accounts.

On Friday after the market close the Washington Post reported Twitter was ramping up its efforts in closing fake accounts. The article stated about 70 million accounts were suspended in May and June, with a similar pace continuing in July.

“Overall, we believe there is confusion around these numbers, the correlation to reported metrics is misunderstood, and the sell-off is overdone. We’d be taking advantage of the weakness and recommend buying Twitter shares,” analyst Doug Anmuth said in a note to clients Monday.

Twitter shares rose 1 percent on Tuesday after the report.

Anmuth said the company removing “spammy and suspicious” accounts is a positive for the company over the long-term.

“Importantly, improving quality on the platform is critical for the health of the service and attracting more users and driving stronger engagement over time,” he said.

The analyst emphasized the 70 million number cited by the Washington Post doesn’t directly relate to Twitter’s monthly active users as many of the accounts may be dormant.

Twitter’s chief financial officer Ned Segal clarified in a tweet Monday “most accounts we remove are not included in our reported metrics as they have not been active on the platform for 30 days or more, or we catch them at sign up and they are never counted.”