How legendary Katz’s Deli in NYC turned to subscriptions

New York City’s historic Katz’s Delicatessen began as a small family business in Manhattan but has since grown from just delivering meats to homes to now diving into subscription-based ordering.

For third-generation deli man Jake Dell working out the kinks in running a small business never really goes away, whether it’s been around for 130 years or 130 days.

The 31-year-old is now the owner of the iconic Katz’s Delicatessen, which he has been tasked with turning into a profitable and thriving 21st century brand without losing its iconic New York roots that go back all the way to 1888.

“I think the pressure is not to go further and further in many ways but it’s to stay the same. People love the tradition and the nostalgia of it. There’s that connection to the past if you come here for the first time,” Dell tells FOX Business. “And, I never want to change that.”

The staple sandwich shop, which is nestled into Manhattan’s Lower East Side, was founded by the Iceland brothers but was later turned into Katz’s Delicatessen, when Willy Katz and his cousin Benny took over in 1910. 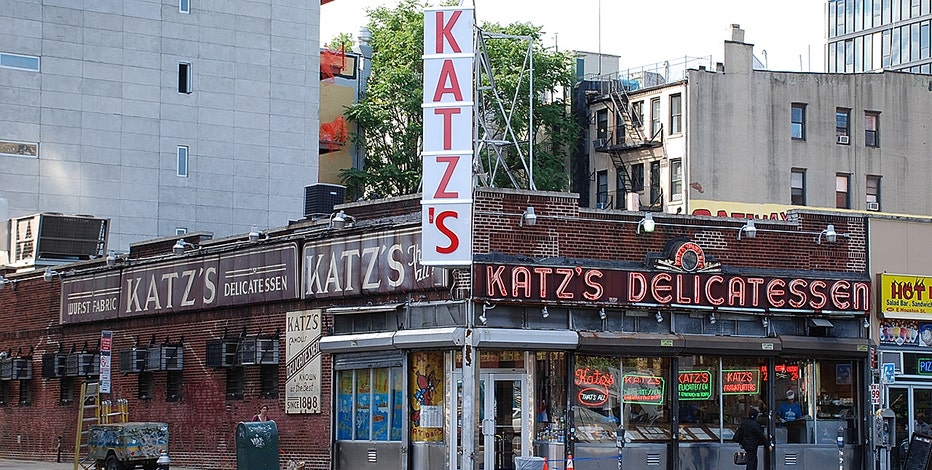 The sandwich quickly became popular among locals and a hit when the family started sending salami to soldiers serving in the armed forces during World War II.

The company’s slogan, “Send a Salami to Your Boy in the Army,” still holds today.

Dell says his grandfather and father took over the business from the Katz family over 30 years ago, when the last of the Katz family members lost interest. And, over last few months, Dell, who was promoted to “Top Dog” a few years ago, has been trying to keep the small business thriving and most importantly make it more accessible to people from all over.

“If you live in Wyoming or Texas it’s hard to visit the Lower East Side, so let me try to bring the food closer to you,” Dell says, who announced in June that the brand is launching its first-ever subscription service.

The new push, Dell says, took years to create because he wanted to nail the logistics, especially for his regulars who have moved away. But honestly, he says he is still trying to figure it out even despite the “overwhelming” response to the program.

“Business is a constant learning experience. You are never really fully an expert. There’s always something new. The subscription model is no different. I went into it with a unique set of expectations and there has been a lot of unexpected things that pop up,” Dell says.

But he says that he learned to just make the best decision with what’s right in front of him and just hope customers like it.

“That’s really what it’s all about, right?”

While overall, orders for the new subscription service have exceeded expectations both in purchases and response, there are still “some kinks” that need to be worked out, he said.

“Like pickles, containers, communication of menus, but that’s business. You always look to improve and make it look better but it’s true in any business, whether you’re 130 years old or a subscription model that is 130 days old, well, not even 130 days old yet.”

Dell says his goal by year’s end is to turn the small iconic deli into an international subscription service.