Investment success is like the choosing of a lottery winner. Both are determined by one ticket (the outcome) being pulled from a bowlful of tickets (the full range of possible outcomes). In each case, one outcome is chosen from among the many possibilities.

Superior investors are people who have a better sense for what tickets are in the bowl, and thus for whether it’s worth participating in the lottery.

Why the Indonesian Earthquake and Tsunami Were So Deadly

In business, financial and market cycles, most excesses on the upside — and the inevitable reactions to the downside, which also tend to overshoot — are the result of exaggerated swings of the pendulum of psychology.

That’s one of the crazy things: in the real world, things generally fluctuate between “pretty good” and “not so hot.” But in the world of investing, perception often swings from “flawless” to “hopeless.” The pendulum careens from one extreme to the other, spending almost no time at “the happy medium” and rather little in the range of reasonableness. First there’s denial, and then there’s capitulation.

Understanding how investors are thinking about and dealing with risk is perhaps the most important thing to strive for.

Here are five lessons I have learned that can make you a better investor:

1. The merits of the asset in question matter only so much, and certainly they can’t be strong enough to always carry the day. Human emotion inevitably causes the prices of assets — even worthwhile assets — to be transported to levels that are extreme and unsustainable: either vertiginous highs or overly pessimistic lows.

2. If the market were a disciplined calculator of value based exclusively on company fundamentals, the price of a security wouldn’t fluctuate much more than the issuer’s current earnings and the outlook for earnings in the future. And yet security prices generally fluctuate much more than earnings. The reasons, of course, are largely psychological, emotional and non-fundamental. The truth is that financial facts and figures are only a starting point for market behavior; investor rationality is the exception, not the rule; and the market spends little of its time calmly weighing financial data and setting prices free of emotionality.

3. “It’s different this time” are four of the most dangerous words in the business world — especially when applied, as is often the case, to something that has reached what in prior times would have been called an extreme.

But the cyclical behavior of the financial past did not result from the operation of physical or scientific rules. In science, cause and effect enjoy a dependable and repeatable relationship, so that it’s possible to say with confidence, “if a, then b.” While there are some principles that operate in the world of finance and business, the resulting truth is very different from that in science.

The reason for this — as I’ve harped on repeatedly — is the involvement of people. People’s decisions have great influence on economic, business and market cycles. And people don’t make their decisions scientifically.

4. Cycle positioning is the process of deciding on the risk posture of your portfolio in response to your judgments regarding the principal cycles. It primarily consists of choosing between aggressiveness and defensiveness: increasing and decreasing exposure to market movements.

The recipe for success consists of (a) thoughtful analysis of where the market stands in its cycle, (b) a resulting increase in aggressiveness or defensiveness, and (c) being proved right. These things can be summed up as “skill” or “alpha” at cycle positioning. Of course, “c” — being proved right — isn’t a matter fully within anyone’s control, in particular because of the degree to which it is subject to randomness. So being proved right won’t happen every time, even to skillful investors who reason things out well. 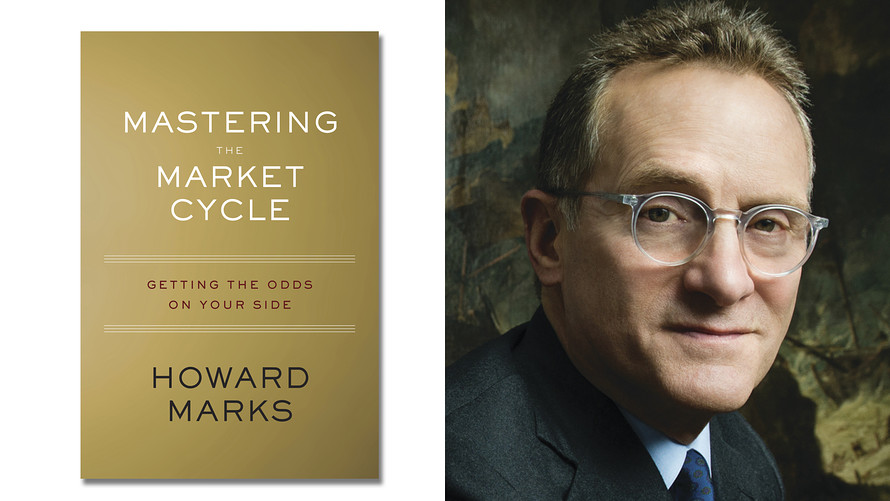 5. Detecting and exploiting the extremes of market cycles is really the best anyone can hope for.

Between the extremes of “rich” and “cheap” — when the cycle is in the middle ground of “fair” — the state of the relationship between price and value is, by definition, nowhere as clear-cut as at the extremes. As a result:

• It’s hard to make frequent distinctions and hard to do so correctly.

• Thus distinctions in the middle ground aren’t as potentially profitable as at the extremes, and those distinctions can’t be expected to work out as dependably.

The reasonableness of the effort at cycle timing depends simply on what you expect of it. If you frequently try to discern where we are in the cycle in the sense of “what’s going to happen tomorrow?” or “what’s in store for us next month?” you’re unlikely to find success. I describe such an effort as “trying to be cute.”

No one can make fine distinctions like those often enough or consistently right enough to add materially to investment results. And no one knows when the market developments that cycle positioning label “probable” will materialize. That means you shouldn’t expect to reach profitable conclusions daily, monthly or even yearly.

Howard Marks is co-chairman and cofounder of Oaktree Capital Management, which is responsible for more than $120 billion in assets. This is adapted from “Mastering the Market Cycle: Getting the Odds on Your Side.” Copyright © 2018 by Howard Marks. Reprinted by permission of Houghton Mifflin Harcourt Publishing Company. All rights reserved.