Home » Economy » One millennial options trader was killing it, then Facebook cost him $180,000

Rather than slither away into the internet ether, Cao took his medicine on Reddit’s “WallStreetBets” forum, where he first announced his aggressively bullish, six-figure options play a few days earlier. He obviously didn’t bank on Facebook issuing a revenue warning and the carnage that would follow. 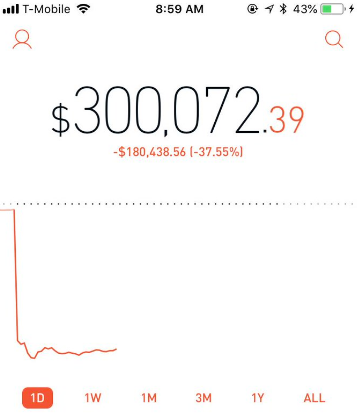 While some investors would understandably hole up in a dark corner clutching a bottle of bourbon, Cao is taking his losses in stride.

“I certainly was not expecting a miss of that magnitude,” he told MarketWatch, “so I was shocked, but in a surprised manner and not in any emotional sense.”

It’s easier, of course, to weather such an enormous blow when his performance over the past three months has been as stellar as he claims: 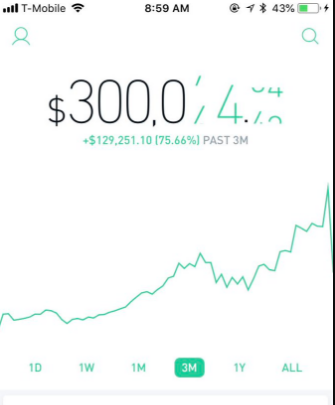 Cao says he’s been playing stocks ever since he won a trading competition in grade school (with paper trades, obviously).

He didn’t get into the real money until his college days at the University of California San Diego, but he says it’s mostly been a “straight line upwards” thanks to heavy bets on Amazon AMZN, -2.98% and some timely crypto plays, which helped him profit enough to make such big options wagers on Facebook. He’s almost completely out of digital currencies at the moment.

“My strategy was/is to invest in Amazon-esque, high-growth/low-margin tech companies and in niche tech like DocuSign DOCU, +1.50%” said Cao, who counts Bridgewater’s Ray Dalio and Carl Icahn — “mostly because he’s so entertaining” — among his favorite investors. “I’m not sure of anyone in investing that openly advocate for this at the moment. Most people think it’s dumb.”

But does this Facebook beatdown change his approach? Yes. Sort of.

“I will de-risk my portfolio while I am still significantly in the green,” Cao said. “Will still stick around but play with a significantly smaller portion of the pie, basically quitting while I’m ahead.” He said he’ll trim options positions from 70% of his portfolio to, at most, 8%, and he’ll carry a “decent cash position” to take advantage of any “Trump freakout” in the stock market.

While he might be wisely circling the wagons in his account, he still believes in the YOLO (you only live once) approach of riding stocks to riches.

“I’m not sure I learned much, since I am still advocating for other young people in my shoes to take the exact same risks I took,” he said. “Just make sure you can handle it mentally and be prepared to exit with profits if you miss big on a bet.”