LONDON (Reuters) – The pound dived towards near three-year lows against the euro on Tuesday after the United Kingdom headed towards a showdown with the European Union over Brexit negotiations. 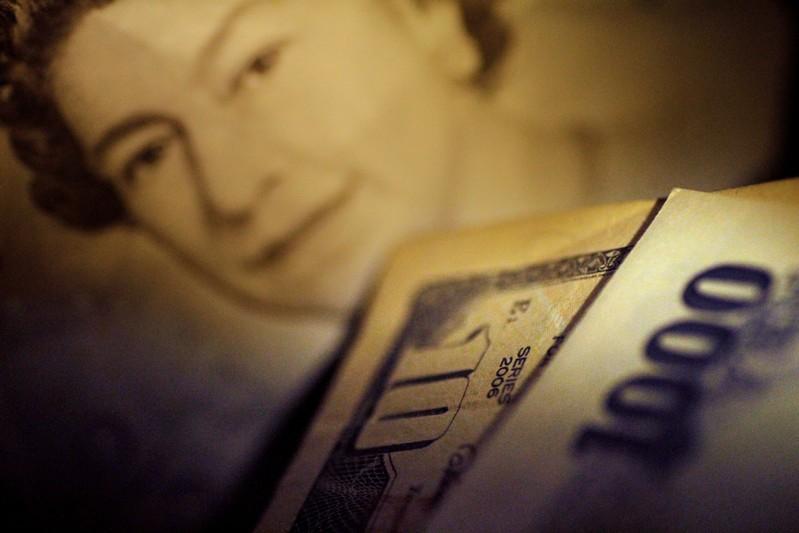 British Prime Minister Boris Johnson fired the opening salvo in his bid to renegotiate Britain’s divorce terms from the EU, saying the backstop – an insurance policy to avoid the return of a hard border on the island of Ireland – should be replaced with a pledge.

The bloc and its leaders have repeatedly refused to reopen the Withdrawal Agreement. European Council President Donald Tusk said a letter sent to him by Johnson included no “realistic alternatives” to the contentious Irish backstop.

The headlines sapped demand for the British currency in a thin August market as investors geared up for more volatility when the British parliament resumes business in early September. Johnson has said Britain will leave the EU on Oct. 31 with or without a withdrawal deal.

“My sense from the market is the PM’s latest proposal to the EU regarding a ‘a legally binding commitment’ on the border will be a no go from the EU,” said Neil Jones, head of hedge fund currency sales at Mizuho Bank based in London.

The falls came after signs in recent weeks that investors were becoming less pessimistic on the pound.

Hedge funds cut their net short sterling positions to $7.22 billion in the week to Aug. 13, down from the previous week’s $7.81 billion, which was the highest since April 2017, according to the Commodity Futures Trading Commission.

Three-month risk reversals in sterling, a contract that encapsulates the Brexit deadline, paint a similar picture. Demand for sterling puts – the right to sell pounds at a pre-agreed price – remains high. But that has eased in the past week, implying investors are less sure sterling will drop.

ING analysts said, however, that any possible spikes in sterling “should continue to be shortlived” given that “negative headline news (is) likely to return soon” as Johnson is due to meet both French President Emmanuel Macron and German Chancellor Angela Merkel during the week.