The U.S. economy added fewer than expected jobs in August – at a time when many Americans are eager to add more positions to their resumes.

As the unemployment rate remained near multi-decade lows, a record-high number of Americans are working multiple jobs, according to data from Deutsche Bank. 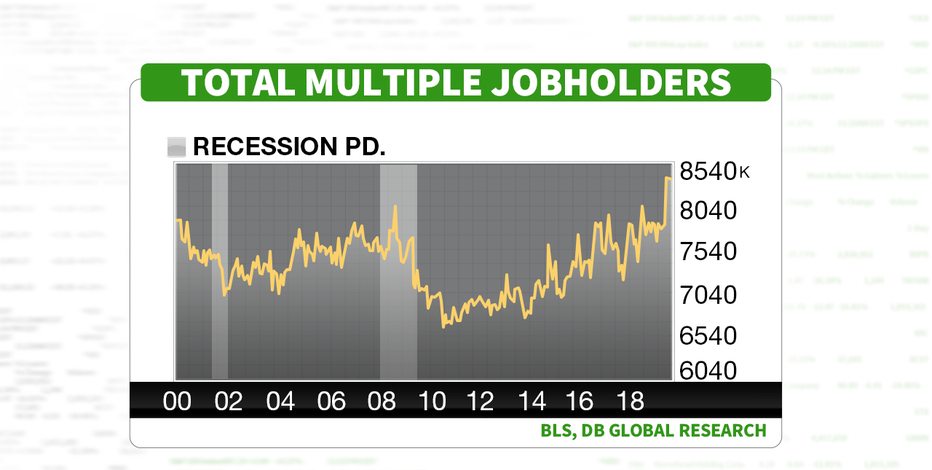 In addition, as the gig economy gains steam, more workers have both a full-time and part-time job. 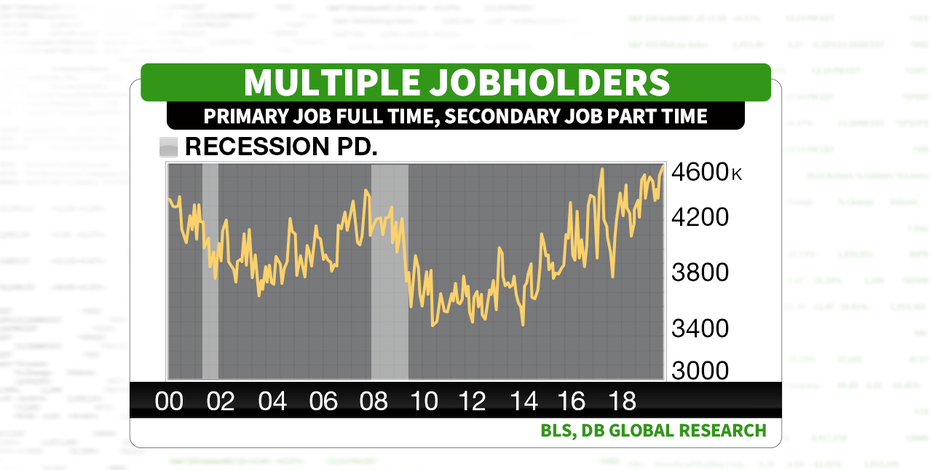 About 5 percent of all workers held more than one job at a time in July.

The trend could speak to wage growth, which has generally remained sluggish in the wake of the financial crisis. For some, the salary of a full-time position is not enough.

Average hourly earnings rose 3.2 percent year-over-year in August, which was above expectations.

Democrats are looking to raise the federal minimum wage to $15 per hour. The current rate, $7.25 per hour, has not been changed since 2009. Arguments against the proposal, however, are that standard of living varies markedly across the country – and the federal government should not set the minimum wage.

The U.S. economy added 130,000 jobs in August, below projections of 158,000. Growth was weighed down by trade uncertainty and concerns about economic growth.

The unemployment rate remained at 3.7 percent – hovering near a five-decade low.