Home » Economy » Refinancing options: How to haggle for the best deal on your mortgage

Borrowers with a variable mortgage rate above 5 per cent are likely not getting the best deal from their banks, with lenders saving their best-priced loans for new customers while leaving their long-standing customers in the cold.

At a time when higher interest rates and inflation are squeezing household finances, variable rate mortgage holders who have been with their lender for a long time are likely to be paying the biggest “loyalty tax”. 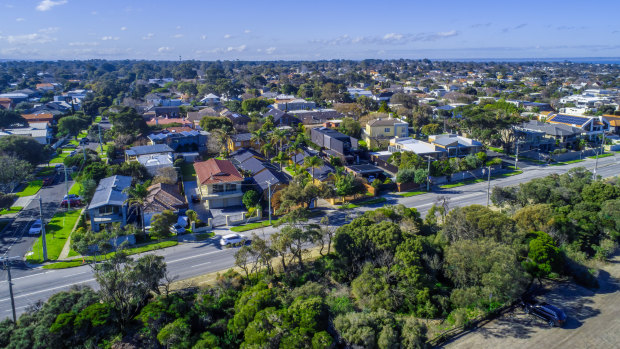 Mind the gap between what you are paying in interest and what your mortgage lender is offering new customersCredit:istock

Modelling by RateCity shows someone who took out one of the big four banks’ lowest variable rates at the end of last year would likely be paying 0.44 percentage points more in interest than new customers are paying now.

Sally Tindall, research director at RateCity, says the average owner-occupier variable rate for existing borrowers will rise to 5.86 per cent once the 0.25 percentage point increase in the cash rate that the Reserve Bank of Australia (RBA) made on Tuesday flows through to variable rate mortgages. It can take several weeks for lenders to adjust their rates.

She says a “competitive” variable rate will be under 4.7 per cent for owner-occupiers paying principal and interest; though some lenders are expected to continue to offer rates under 4.5 per cent even when the latest rate rise flows through.

Since the RBA started increasing the cash rate in early May almost $1,780 has been added to the monthly repayments on a $1 million variable rate mortgage with a term of 30 years, figures from Canstar show.

Tindall says variable rate mortgage holders should check what their lender is offering new customers whose situations are similar to theirs.

“If you haven’t already asked for a discount this year, pick up the phone and ask to get the same rate as your lender is offering new customers,” she says.

If your lender does not come to the party, or the rate your lender is charging new customers is not competitive, have a look at what other lenders are offering, Tindall says.

Those prepared to compare the whole market are likely to make bigger savings, particularly if they extend their search to smaller lenders, she says.

There are switching fees that can add up to several hundred dollars. Some of these could be waived if you have a good track record of repayments and own more than 30 per cent of your home; though some are government fees and charges and not negotiable, Tindall says.

However, not everyone is in a position to shop around.

With the falls in property prices, those who brought their first home recently with a small deposit may be in “negative equity”, where they owe more on the house than it is worth.

“Those buyers with fixed-rate mortgages whose terms are about to end will revert to one of their lender’s variable rate mortgages and those with little or no equity will have little choice but to negotiate solely with their lender,” Tindall says.

Those with less than 20 per cent equity in their home will likely pay lenders’ mortgage insurance if they switch to another lender, which can cost several thousands of dollars, and is often added to the repayments for the duration of the mortgage.

That could make the interest savings by switching to another lender not worthwhile, Tindall says.

Reserve Bank governor Philip Lowe said in the statement accompanying Tuesday’s rate rise that the central bank “expects to increase interest rates further over the period ahead, but it is not on a pre-set course”.

Most analysts are expecting the cash rate to peak at 3.85 per cent by the middle of next year with the cash rate likely to start coming down by the end of 2024.