Home » Economy » Robots, electric cars and face-scanners: China and the US vie to build the future 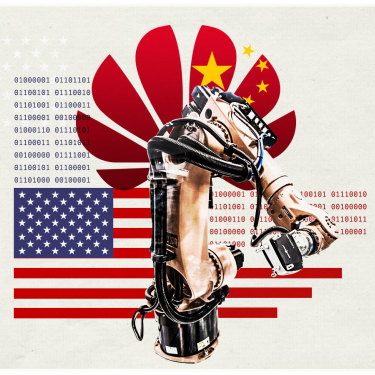 The two nations are vying for supremacy in the 21st century technology revolution. Credit:Fairfax Media

When Chinese Premier Li Keqiang unveiled the “Made in China 2025” 10-year strategic plan in 2015, he laid the foundations for an escalating competition between China and the US to dominate the fourth industrial revolution.

The announcement of China’s plans triggered alarm in the US because it confirmed publicly, for the first time, the scope of its ambitions and the detail of its strategies for achieving them.

Friction between the US and China that started as an attempt by Donald Trump to reduce America’s trade deficit with China has since morphed into an attempt to stymie those technology-driven ambitions.

The US response included bans on exports of sensitive technologies and sanctions on Chinese companies and individuals, as the China hawks in the Trump administration seized the opportunity provided by Trump’s trade war to widen the conflict beyond trade and into a concerted if scattergun effort to derail China’s plans.

Such was the impact in the US that it soon became apparent to the Chinese that by making their ambitions so transparent they had put at risk their ability to realise them. The title “Made in China” has subsequently disappeared from public policy statements, even if the policies themselves remain intact and the urgency with which they are being pursued has intensified.

Those policies are highly focused on technology and are underpinned by specific and demanding targets, massive subsidies and a clear statement of intent.

China wants to use the opportunity provided by the fourth industrial revolution to dramatically upgrade its manufacturing base. It plans to leapfrog its way into dominance of the 21st century technologies that will confer economic and hegemonic supremacy in much the same way that the first industrial revolution powered Britain to global power status and the second enabled the US to displace it.

Among the areas of technologies explicitly targeted by the Made in China 2025 plan are: electric vehicles, next generation information technology and telecommunications, advanced robotics, artificial intelligence, aerospace engineering, new materials, bio-tech and agricultural science. 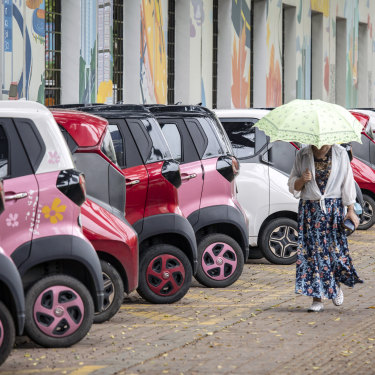 To support that objective there are huge incentives: financial subsidies from the state and local governments along with the usual access to cheap land, cheap finance, tax breaks and state-sponsored “intelligence” from forced technology transfers and industrial espionage.

The novelty of the technologies has created an opportunity for China to vault legacy systems and products and overtake the US and other Western economies, while the fusion between the industrial and military applications of some of them could confer military supremacy.

The initial unfocused response from the US has evolved into the more targeted, sophisticated and expensive suite of policies the Biden administration has started to roll out this year, policies more focused on the US itself than China.

Late last month, in a bill aimed squarely at the competition, the US Congress proposed spending $US250 billion ($323 billion) on incentives for semiconductor manufacturing and on research and development in areas such as artificial intelligence, 5G wireless, quantum computing, biotechnology and robotics – essentially mirroring China’s plans. US President Joe Biden had previously announced plans to spend more than $US170 billion on electric vehicle charging networks. 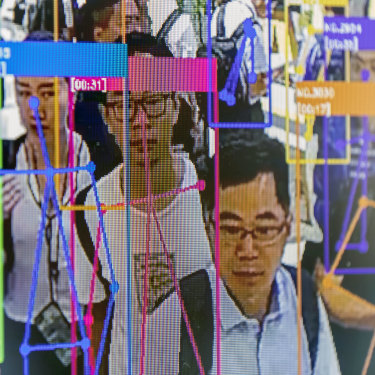 Conversely, the US can attract the best and brightest from much of the world to work in long-established, leading-edge academic and corporate research centres.

Interestingly, the competition between the two powers isn’t being played out in social media technologies.

China’s “Great Firewall” has long blocked America’s social media giants from access to its population while, apart from the data privacy concerns that led to an unsuccessful Trump administration attempt to force the sale or closure of TikTok’s US business, the US has been largely unconcerned about the popularity of some Chinese apps at home.

That disparity in the responses to the development of the big social media platforms conforms to the broad nature of the competition between the countries. China’s “big brother” approach to managing what its citizens and companies see and do within a detailed state-driven national strategic agenda contrasts with America’s aggressively libertarian and entrepreneurial culture.

The technological contest between China and the US – China to usurp the US and the US to protect its position – is for the highest stakes imaginable given the benefits supremacy confers.

The implications of victory or loss are profound. The political and economic systems engaged in the race to dominate the technologies will shape this century.

It took that unveiling of Made in China 2025 for the Americans to realise what was at stake and belatedly respond to the threat.

The Morning Edition newsletter is our guide to the day’s most important and interesting stories, analysis and insights. Sign up here.