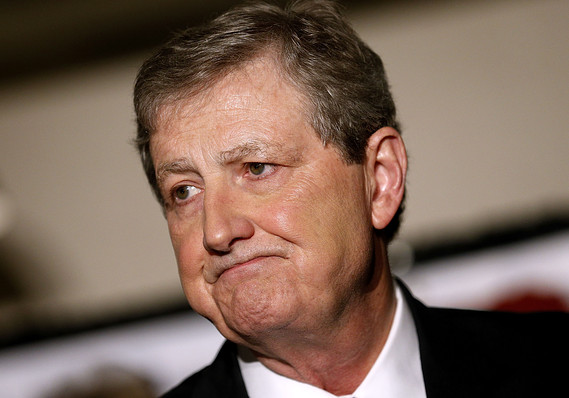 Sen. John Kennedy, a Republican of Louisiana, on Tuesday slammed the self-regulatory body that oversees the $3.8 trillion muni-market “an incestuous…little club” that needs to be overhauled.

Kennedy called for reform of the Municipal Securities Rulemaking Board during comments at a Senate Banking confirmation hearing for Elad Roisman to be a member of the Securities and Exchange Commission. The SEC has oversight responsibilities for the MSRB.

Kennedy noted that the Dodd Frank Act required the MSRB board to have 11 public members and 10 representatives of regulated entities.

Kennedy said he didn’t think that anyone on the board represented consumers. He noted that some of the public seats are taken by former industry executives, including JP Morgan JPM, +0.66% .

According to the MSRB website, Donna Simonetti, a former executive director at JP Morgan, is on the MSRB board for a term that expires in 2021. Ronald Dieckman, a former senior vice president and director of the public finance and municipal bond trading and underwriting department at J.J.B. Hilliard, is also a board member.

“Do you know how the board is picked? I’m glad you asked,” he said to Roisman, who did not ask. “They pick themselves. It is a little club,” he added.

Roisman, currently the chief counsel of the Senate Banking Committee and also previously an aide to former SEC Commissioner Dan Gallagher, said it was important for self-regulatory organization to have transparency.

“We have standards set out in federal law and approved by the SEC and we consistently apply them,” he said.