More than a third of Australian patients are experiencing bill shock when it comes to paying for their treatment, leading many to put off making appointments and questioning the value of private health insurance.

The findings from a study by KPMG and the Commonwealth Bank have prompted the private health industry to urge members to check their cover before treatment, while KPMG analysts say more investment is needed in all-in-one tools for patients to understand the costs. 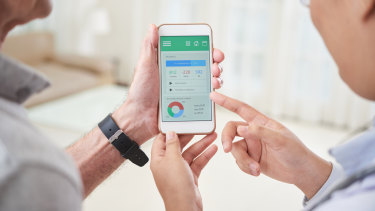 The study of more than 1100 health consumers reveals 42 per cent have been hit by higher than expected out-of-pocket costs for treatment, either because of the gap between their health cover and the provider’s bill or because their claims have been rejected outright.

KPMG financial services partner Hessel Verbeek said despite the high quality of care across the country more investment was needed in digital health services to try to bring together booking, billing and private health insurance and rebate information into one platform.

“A lot of people are not fully across how much of the treatment will be covered by the insurer. This is not really about the [value] of a claim, but more the information that people have,” he said.

The study found 52 per cent of those surveyed said they did not think private health cover provided good value for money, given out-of-pocket expenses were still required for treatment.

The time and effort to process both Medicare rebates and private health claims are also adding costs to the system. A third of patients reported forgetting to bring their cards to appointments, which slows down the claims process.

Meanwhile, one-quarter of those surveyed admitted they often forgot about appointments altogether, causing a need to reschedule.

Pressures are being felt right across the health system as the flu season overlaps with steadily high levels of coronavirus cases. Private health insurers have reported a rush by patients to take up membership to avoid long elective surgery wait times over the past year, but insurers note that cost of living pressures mean they must work hard to remain relevant.

The coronavirus pandemic has seen a boom in businesses offering services for telehealth, billing and appointment bookings. The banking sector has also rolled out tools for doctor’s practices to process claims on the spot, with Commonwealth Bank joining the likes of Tyro with a product to wireless process claims.

However, the system is fragmented and there is no national approach for billing patients for care.

CBA Health chief executive Albert Naffah said modelling showed that with even a 1 per cent improvement in efficiency across the health system with digital tools could save $871 million a year. In the 2019-20 financial year, Australia spent $87.1 billion on healthcare with primary and referred medical services providers, Naffah said.

“Our partners in private health want to solve [this challenge] more so that anyone else,” he said.

The chief executive of industry group Private Healthcare Australia, Rachel David, said many funds already had online tools that patients could use to check how much they would pay for out-of-pocket expenses.

However, she cautioned that members should still talk to their funds directly for advice on what they might have pay. “We still advise that people do ask over the phone what those charges are likely to be,” she said.

One major source of bill shock came from consumers not understanding that funds do not pay for outpatient hospital services, like scans and tests done at a hospital.

“The best way to secure no out-of-pockets is to have the conversation. We’re trying to [make sure] every means possible to communicate with consumers,” David said.