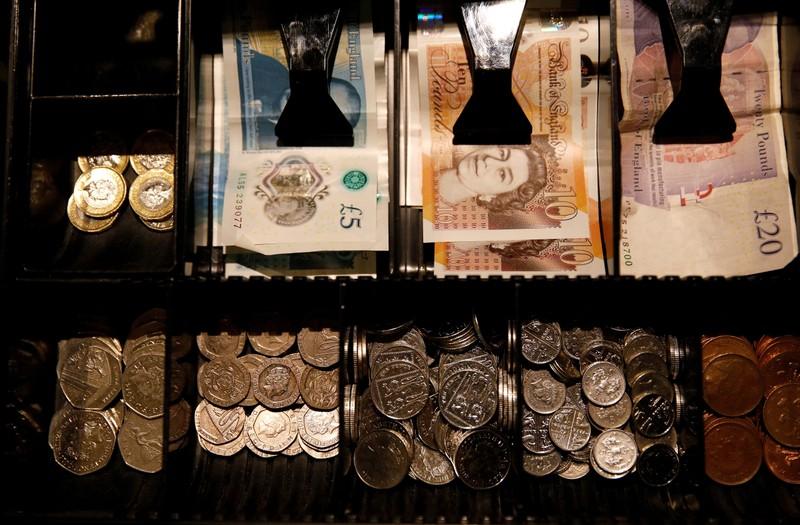 LONDON (Reuters) – Sterling fell back from a near three-week high against the euro on Monday but sentiment towards the pound was better than in recent sessions as investors hoped Britain and the European Union would make some progress in Brexit talks.

The pound last week had its strongest run in two months, helped by investors cutting their bets against the currency and some buying from traders who believe Britain can avoid a no-deal Brexit in October, when the country is due to leave the EU.

He is expected to tell them that the British parliament cannot stop Brexit and a new deal must be agreed if Britain is to avoid leaving the EU.

Johnson has repeatedly said Britain is leaving on Oct. 31 with or without a deal but the prospect of a no-deal Brexit hammered the pound in early August, sending it to two-year lows.

“I expect the pound to be increasingly volatile as the deadline approaches and more and more desperate measures get considered in public and probably even tried in real life,” said Marshall Gittler, a strategist at ACLS Global.

“Hopes that something will be found to prevent a no-deal Brexit will send GBP up, as they did on Friday, but then the currency will come back down once it’s realized that those hopes are unfounded.”

The pound hit a near three week high against the euro on Friday at 90.91 pence.