Amazon was supposed to break the retail industry.

Instead, the sector is rallying. Some of the group’s biggest stocks have recently hit multiyear highs, and the XRT retail ETF is inching closer to record levels not seen since 2015. Stocks like Costco, Nordstrom, TJX, Ross Stores and Five Below reached 52-week highs as recently as last week.

One chart watcher says a breakout to records could be in store for retail. 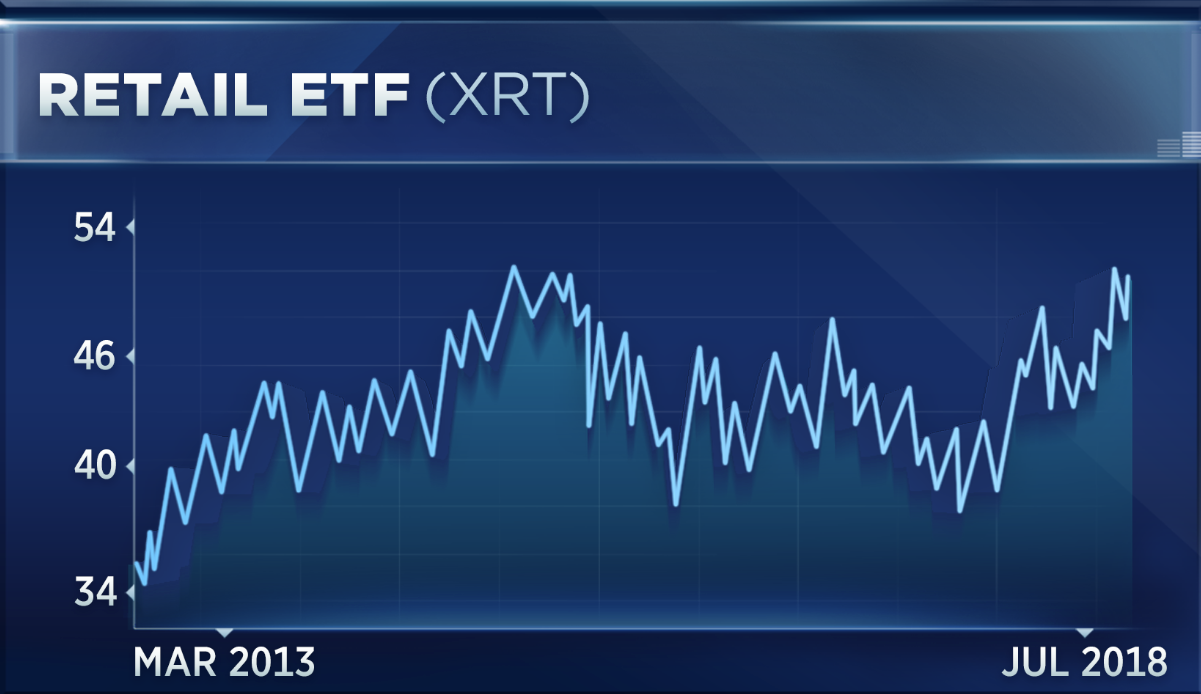 “It looks like we have a double bottom here that’s set up this push, and it looks like if the broader market does stabilize, XRT could punch up through $50,” Todd Gordon, founder of TradingAnalysis.com, said Friday on CNBC’s “Trading Nation.” “It looks like the recovery is in motion.”

A big move through $50 would mark a break above old highs. Gordon also notes that the XRT appears to have formed a “double bottom” after hitting a multiyear low just under $38 in early 2016 and again last August. That chart pattern typically suggests a technical level of support.

It’s been a painful road for retail to get back to these levels, though.

“For a long time it looked like Amazon was going to get the leg up on retail and really put them out of their misery,” said Gordon.

The stretch from 2014 to 2016 saw a soaring Amazon and a XRT ETF flatlining. From the beginning of 2014 through to the end of 2016, Amazon rocketed 88 percent higher. Over that same stretch, the XRT ETF was flat. 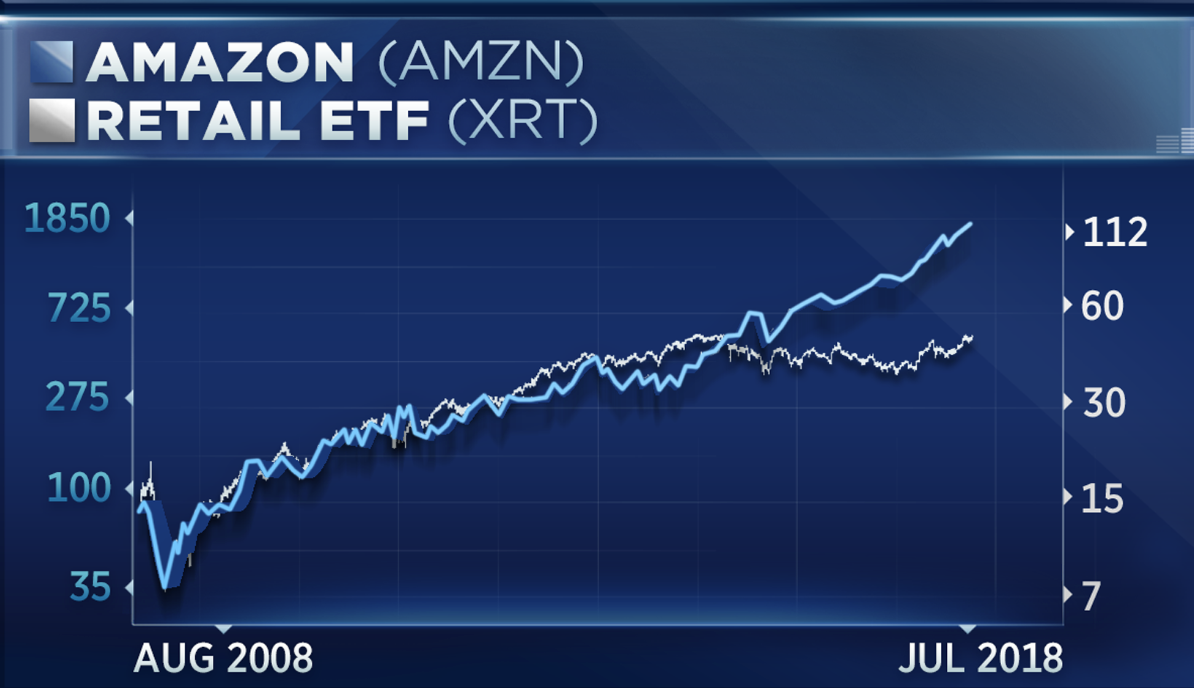 “All of a sudden we’re starting to get a bit of a closure of that gap here,” Gordon said. “XRT is catching back up to Amazon.”

“I like the XRT. I think it can move from a trading perspective probably up to $55,” Seaburg told “Trading Nation” on Friday.

A move to $55 would mark an all-time high, blowing past the previous high of $51.25 set in March 2015. It represents a 2 percent rally from current levels.

While he sees more upside for retail, Seaburg is still far more invested in the Amazon growth story.

“I would make a bet on Amazon in the long term and stick with that story,” he said. “I think the momentum there is much more fierce and it’s going to continue to move to the higher levels.”

The XRT is up nearly 11 percent for the year, putting it on track for its best annual performance since 2013. Amazon is doing far better — its shares are up 55 percent in what could be their fourth-straight yearly double-digit increase.