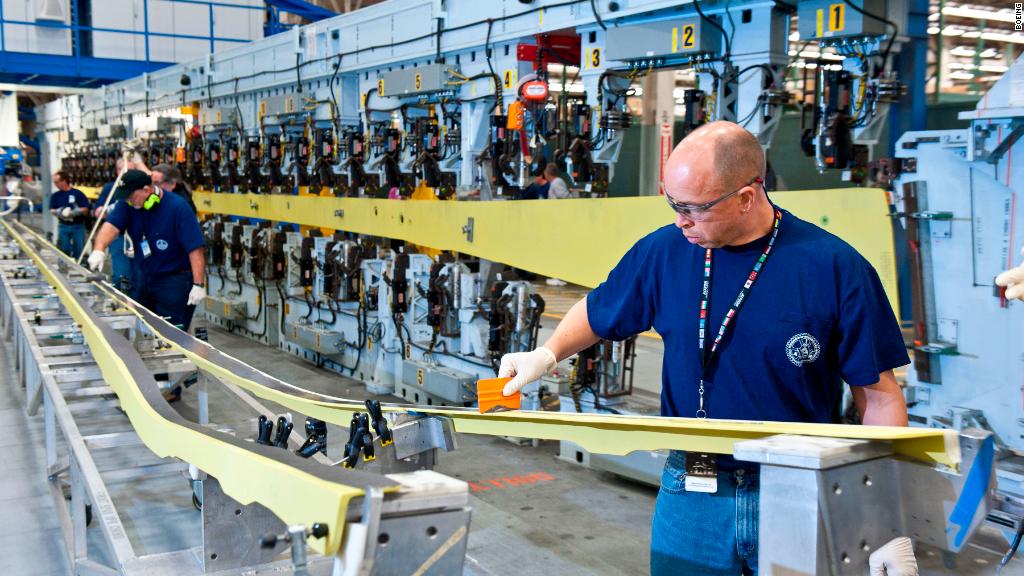 At the end of July, when the Bureau of Economic Analysis released its blockbuster 4.1% economic growth rate estimate for the second quarter, few noticed another announcement from the statistical agency: A total revamp of its gross domestic product calculations, going back decades.

Deep in the guts of what makes up the GDP, the agency had incorporated new information about cloud computing, cell phones, and other rapidly evolving technologies. And while the updated calculations only changed overall economic growth by a tiny bit each year, total business investments climbed by almost a whole percentage point on average for each year between 2002 and 2017.

That’s a big jump, and presents a brighter picture of economic activity after the recession than the one we had before last Friday, the agency said in a briefing with reporters.

Such adjustments aren’t new. Every five years, the federal government’s economic number crunchers announce that they were a little bit off, because of changes in business practices that they couldn’t track in real time.

Accelerating inflation in the 1960s prompted better measurement of price changes, for example. In the 1980s, IBM helped the agency understand how computers were getting cheaper and better at the same time.

“When BEA does one of these benchmarks, they try to target one of these areas where they know there’s been a lot of technological advance that hasn’t been captured in the numbers,” says Brent Moulton, who recently retired after a 30-year career split between BEA and the Bureau of Labor Statistics. “When the decision was made that software really should be counted as part of investment along with hardware, that led to a large increase in growth rates over the 1980s and ’90s.”

But it’s become harder to keep up with those changes lately, as new technologies have diffused through workplaces in ways that statisticians still don’t fully understand.

That mismeasurement could be part of the reason why growth numbers have been disappointing in recent years. If federal agencies haven’t been able to capture all new economic activity, that’s a lot less concerning than the idea that America is really becoming a less dynamic nation.

“One question is whether it accounts for the slowdown that we’ve had in productivity,” says Erik Brynjolfsson, a professor at the Massachusetts Institute of Technology, who studies the impact of technology on the economy. “I think we’re probably missing more and more over time because more of the economy’s becoing digitized.”

Take the discrepancies that BEA corrected for in cell phones and cloud computing. Both came to the agency’s attention through the work of three economists at the Federal Reserve, who didn’t think the enormous investments being made by tech companies after 2007 were showing up in the official growth numbers.

“We were just trying to close the disconnect between the booming Silicon Valley and these macro statistics that suggested that productivity was weak,” says Carol Corrado, one of those three economists, who is now senior advisor and research director at the Conference Board.

After speaking with big tech companies and digging into data the BEA already had, Corrado and fellow Federal Reserve economists Daniel Sichel and David Byrne concluded that what looked like purchases of manufacturing components was actually investment in huge data centers for cloud storage, which packs more of a punch in GDP calculations.

Byrne and Corrado also developed new measurements of cell phone prices, which accounted for rapid increases in power and quality. That boosted growth as well — showing that Internet and communications technology really are contributing to the economy in ways that hadn’t been fully realized.

The tech industry itself has been saying this for years. It now argues that the BEA’s efforts to measure the size of the digital economy doesn’t take into account the many ways in which workers are more efficient because they’re online.

“Manufacturers, small businesses, and farmers all enjoy productivity and economic gains because of the Internet,” says Christopher Hooton, chief economist of the Internet Association, a lobbying group for tech companies. “And we want to capture that, too.”

The challenge of keeping up with changing technologies isn’t unique to the BEA. The Bureau of Labor Statistics has also struggled to keep tabs on the growth of freelance and independent work, for example, which data from sources such as JPMorgan Chase and the Internal Revenue Service suggests is growing even as government surveys don’t show it.

One constraint in keeping up with the times: money. The BLS hasn’t been able to do all the research it would like to because Congress hasn’t increased the agency’s budget, says Cornell University professor Erica Groshen, who finished her term as BLS Commissioner last year.

“BLS knows how to do it, and is keen to do it, but it’s had flat funding for a decade,” Groshen says.

All of the statistical agencies have been buying private data sets, such as transactions from retail scanners, and scraping the web in order to get better and higher-frequency measurements at a lower cost. But data scientists are expensive, and mounting cybersecurity needs have been sucking up resources.

Recognizing the government’s limitations, the research community has stepped in to help. The National Academies of Science has convened a panel on the Census’ annual economic surveys, and this week the Brookings Institution announced a working group co-chaired by former Fed chair Janet Yellen that will examine productivity measurement.

Martin Fleming, chief economist at IBM and a member of the Brookings group, says they’ll help translate the impact of artificial intelligence and machine learning into official statistics before it starts changing every aspect of how we work, rather than after the fact. To do that, the statistical agencies have to learn what questions to ask, so they can collect the relevant information and use it in the right ways.

“We can refine and redesign and introduce new measurements, but it’s all going to come down to what sources of data do we have,” Fleming says.

It’s not necessarily inevitable that all the new inventions that make our lives better actually belong in GDP or productivity numbers at all. A lot of new technology comes in the form of free products like Wikipedia and Google Maps, which may make tasks easier, but subtract from GDP because they don’t cost anything.

That’s why some scholars, such as Erik Brynjolfsson, have advocated for the creation of separate measures that in combination can give us a better sense of what Americans are producing — from free music streaming to the household tasks that so many people perform without pay.

“Free goods don’t show up in GDP, but they do create a lot of value,” Brynjolfsson says. “So the answer is not to fix GDP. It’s instead to have a dashboard that can measure lots of different things.”