So, as we learnt the day after the budget, the cost of living leapt by 7.3 per cent over the past year, right? Wrong. Last week we were told it’s gone up no more than 6.7 per cent for employees, and 6.4 for pensioners and others on benefits.

Why weren’t you told about the second lot? Because the media wanted to avoid confusing you – and because they were better news rather than worse. 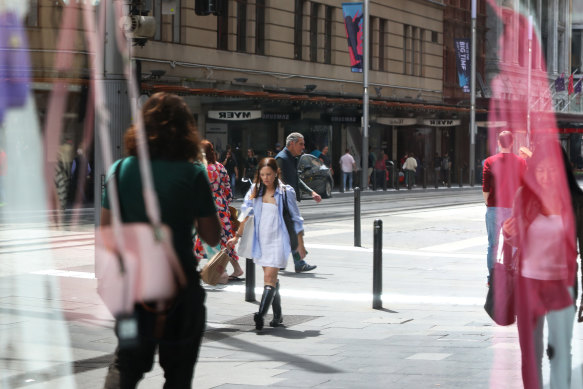 The cost of living leapt by 7.3 per cent over the past year, according to the Australian Bureau of Statistics.Credit:Getty Image

Huh? What’s going on? We’re used to using the consumer price index (CPI) as a measure of the cost of living. But the bureau knows it’s not. So, a week later, it always issues its living-cost indexes for key household types – which the media always ignore.

Before late-1998, the CPI measured the housing costs of owner-occupiers according to the interest they paid on their mortgages. But this was changed at the behest of the Reserve Bank, which didn’t want its measure of inflation to go up every time it raised interest rates to get inflation down.

So, since then, the bureau has measured owner-occupiers’ housing costs by taking the price of building a new house or unit. This doesn’t make much sense, since not many people buy a newly built home each quarter. Many of us have never bought a newly built home.

This is why the bureau also calculates separate cost of living indexes, using the same prices as the CPI, but restoring mortgage interest charges, as well as giving the prices different weights to take account of the differing spending patterns of particular household types, such as age pensioners. 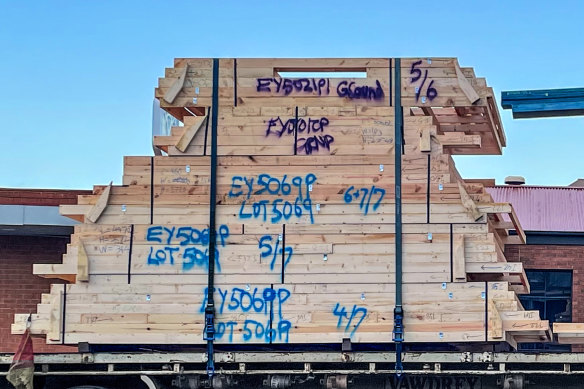 Building supplies were costing more, and taking longer to turn up, as a result of the pandemic.Credit:Paul Rovere

New dwelling prices rose by almost 21 per cent over the year to September, meaning they accounted for a quarter of the 7.3 per cent rise in the CPI. By contrast, the mortgage interest charges paid by employee households rose by more than 23 per cent, but contributed only 12 per cent (0.8 percentage points) of the 6.7 per cent rise in their total costs.

Get it? Since mortgage interest charges are a more accurate guide to the costs of owner-occupiers than new-home prices are, the CPI is significantly overstating the rise in the living costs of everyone, from employees to people on social security (and the self-proclaimed “self-funded” retirees, for that matter).

This is a sliver of good news about the extent of cost-of-living pressure on households. It’s better news for people on indexed pensions and benefits: they’ll get what amounts to a small real increase.

But it raises an obvious question: why on earth has the cost of newly built homes shot up by 21 per cent over the past year? After all, this has added hugely to the Reserve Bank’s need to fight inflation by raising interest rates, to the tune of 2.75 percentage points so far.

It’s true the pandemic has caused shortages of imported building materials, but the real blame is down to the economic mangers’ appalling own goal in using grants, tax breaks and cuts in interest rates to rev up the home building industry far beyond its capacity to expand.

It got a huge pipeline of unfilled orders and whacked up its prices, adding no less than a quarter to our soaring inflation rate. Well done, guys.

This raises a less obvious question: federal and state governments were spending unprecedented billions to hold the economy together during the pandemic and its lockdowns. With the official interest rate already down to 0.75 per cent without doing much good, was it really necessary to cut the rate to 0.1 per cent and engage in all that unconventional money creation?

It makes a good case for the new view that, while monetary policy works well when you want to slow demand, it doesn’t work well when you wish to speed it up. Especially when rates are already so low and households already so heavily indebted.

This is something those reviewing the Reserve Bank should be considering.