Home » Economy » The next financial crisis will be triggered by something nobody’s prepared for, warns market strategist

Kevin Muir, longtime trader and market strategist at Toronto-based East West Investment Management, says he’s preparing for a market storm that nobody else seems to even be considering.

“Contrary to the debt-will-overwhelm-us crowd, I believe the next great financial crisis will not be a deflationary shock, but a return of inflation no one is positioned for,” he wrote in his Macro Tourist blog this week. “Don’t assume I am a hyper-inflationary doomsayer though. At first the inflation will feel great. It’s not until much later will it actually cause any real problems for the economy.”

In that kind of climate, Muir says a return of inflation is the best long-term risk-reward trade out there. “Hands down,” he said. “No other trade even comes close to offering this payoff asymmetry.”

His play: Get long inflation breakevens.

“Although many investors understand that TIPS (Treasury Inflation Protected Securities) are designed to offer an investor a way to insulate their bond against inflation, less recognize these securities offer a way to bet on inflation,” Muir explained in a blog post. “Inflation breakevens are simply the level of inflation the TIPS market is pricing in over the life of the bond.”

He added that if we know the TIPS yield and also the yield on a regular nominal bond of similar maturity, we can calculate the market’s expectation for inflation — the inflation breakeven rate. “It’s nothing more than the difference in yield between the two different types of bonds,” Muir said.

So what’s the play? This is where it gets pretty wonky.

In his words, it’s as simple as getting long TIPS and short the regular bond. “If inflation ends up being more than the inflation breakeven rate,” he said, “then the trade would be profitable. If it ends up being less, it would result in a loss.”

That might be more than the average investor wants to take on. “Whoa!” Muir said, imagining the response. “I don’t want that sort of hassle.”

Here’s the simpler, ETF way to get long breakevens for those who want to stay out of the fixed-income weeds and still profit from spiking inflation: Go long iShares TIPS Bond ETFTIP, +0.21%and short iShares 7-10 Year Treasury Bond ETFIEF, +0.18%in equal dollars. 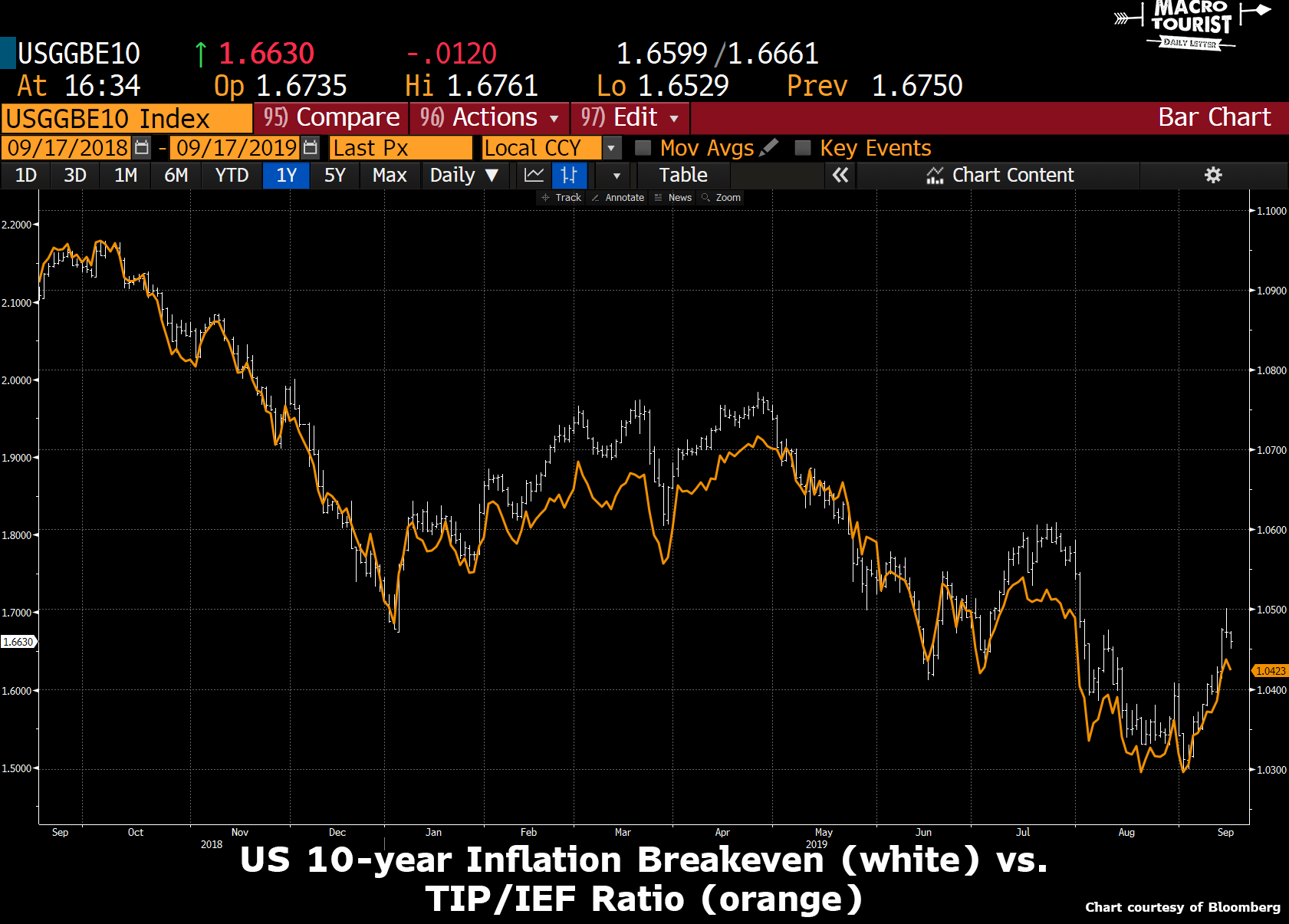 “What ‘everyone knows for sure but just ain’t so’ is the belief that inflation won’t (and can’t) return,” Muir said. “It’s what market participants are least prepared for, and what will hurt the most.”

He predicts that sometime in the next decade that TIPS will see a surge in demand as investors desperately try to hedge themselves, which makes long inflation breakevens a core holding for Muir and one of the few assets he welcomes getting cheaper so he can build his position at better prices.

“Maybe my confidence is misplaced. Maybe all these deflationists are correct that governments are powerless to hit their inflation targets,” he wrote. “However, I am willing to take the other side of that trade. I think governments will figure out how to create inflation, and when they do, it will be too late to buy your insurance.”