Businesses are being swamped by up to eight pages of regulations and guidelines for every page of related legislation, a report has found, lending weight to the Morrison government's call for "congestion busting" in the bureaucracy.

Australia's corporate, banking and competition regulators had published 75,976 pages of quasi-regulation as of May 6, compared with 9524 pages of enabling legislation. 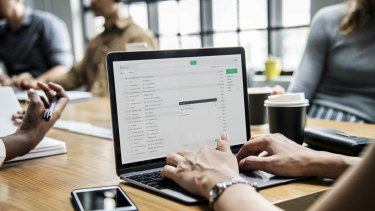 Businesses are being slowed down by regulation, according to the IPA

The figures, from a report due to be released on Tuesday by conservative think tank the Institute of Public Affairs, showed the impact of regulatory "dark matter" on productivity, IPA research fellow Kurt Wallace said.

"While regulation passed by Parliament is subject to a transparent democratic process, regulatory dark matter is being imposed by the regulatory state with little democratic oversight," he said.

Mr Morrison said "congestion busting" didn't just need to happen on roads around the country. "I want to see some congestion busting in the bureaucracy, ensuring that we get things done," he said. 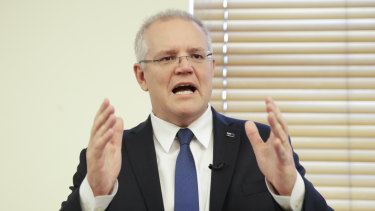 Prime Minister Scott Morrison has called for “congestion busting” in the bureaucracy.Credit:Alex Ellinghausen

According to the IPA study, standards, explanations and extras from the Australian Prudential Regulation Authority totalled 13,110 pages, with a spike in legal guidance in the months since the Hayne banking royal commission. Quasi-regulation documents from the Australian Securities and Investments Commission added 8262 pages.

The Australian Competition and Consumer Commission remains the largest producer of regulatory material, accounting for 44,160 pages because of its remit across all sectors and industries.

"Regulatory dark matter undermines the ability of smaller businesses to compete with larger established firms by forcing them to devote increasing resources to understanding and complying with regulation," he said.

"The need for guidance is also exacerbated by the use of legalese that is inaccessible to businesses, particularly smaller businesses that lack the ability to devote sufficient resources toward legal expertise."

He said the government should take a "one in, two out" approach to regulation to cut red tape.

"This approach was taken by the Trump administration, with one of President Trump's first executive orders requiring that for every one new regulation issued, at least two prior regulations be identified for elimination," he said.

The ACCC, APRA and ASIC were contacted for comment.