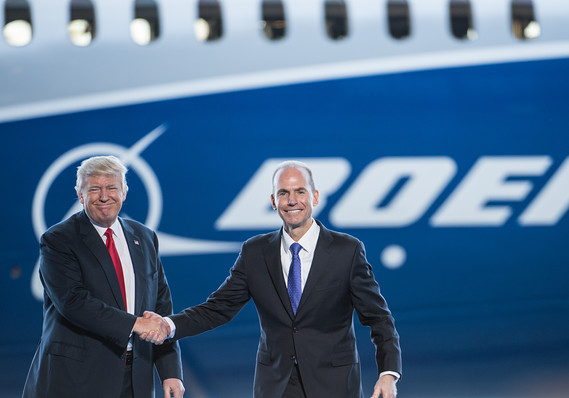 President Donald Trump is scheduled to host business leaders for a dinner at his private golf club in New Jersey on Tuesday, as he encouraged Ohio voters to pick Troy Balderson in a special election and hailed newly reimposed sanctions on Iran.

The White House said Trump will host leaders including the new head of Fiat Chrysler and the chief executive of Boeing. “This is an opportunity for the president to hear how the economy is doing from their perspective and what their priorities and thoughts are for the year ahead,” a White House spokeswoman said.

Trump urged voters in Ohio’s special congressional election to pick GOP candidate Troy Balderson, charging in a tweet that his opponent Danny O’Connor is weak on issues including border security and “will end your Tax Cuts.” O’Connor has criticized Republicans’ tax cuts during the campaign, saying Balderson supports a giveaway to corporations.

The election, being held Tuesday, is seen as a bellwether for November’s midterms. Trump won the district by 11 percentage points in 2016.

Trump also tweeted about the sanctions on Iran that snapped back into place early Tuesday, calling them the “most biting” ever imposed. The administration announced the reinstatement Monday. The sanctions include a ban on importing Iranian carpets into the U.S., as well as a prohibition on trading Iranian gold. The U.S. had agreed to relax sanctions on Iran under the 2015 nuclear agreement, a deal Trump abandoned in May.