FILE PHOTO: A paramilitary policeman gestures under a pole with security cameras, U.S. and China’s flags near the Forbidden City ahead of the visit by U.S. President Donald Trump to Beijing, China November 8, 2017. REUTERS/Damir Sagolj/File Photo

China’s strictly controlled news outlets have frequently rebuked the United States and the Trump administration as the trade conflict has escalated, but they have largely refrained from specifically targeting Trump.

The latest criticism from the overseas edition of the ruling Communist Party’s People’s Daily newspaper singled out Trump, saying he was starring in his own “street fighter-style deceitful drama of extortion and intimidation”.

Trump’s desire for others to play along with his drama is “wishful thinking”, a commentary on the paper’s front page said, arguing that the United States had escalated trade friction with China and turned international trade into a “zero-sum game”.

“Governing a country is not like doing business,” the paper said, adding that Trump’s actions imperiled the national credibility of the United States.

The heated dispute between the world’s two biggest economies has roiled financial markets including stocks, currencies and the global trade of commodities from soybeans to coal in recent months.

The United States and China implemented tariffs on $34 billion worth of each other’s goods in July. Washington is expected to soon implement tariffs on an additional $16 billion of Chinese goods, which China has already said it will match immediately.

On Friday, China’s finance ministry unveiled new sets of additional tariffs on 5,207 goods imported from the United States worth $60 billion.

FILE PHOTO: Chinese and U.S. flags are set up for a signing ceremony during a visit by U.S. Secretary of Transportation Elaine Chao at China’s Ministry of Transport in Beijing, China April 27, 2018. REUTERS/Jason Lee/File Photo

That move was in response to the Trump administration’s proposal of a 25-percent tariff on $200 billion worth of Chinese imports.

The trade war, rising corporate bankruptcies, and a steep decline in the value of the yuan versus the dollar have raised concerns that China’s economy could face a steeper slowdown.

The government has responded by releasing more liquidity into the banking system, encouraging lending and promising a more “active” fiscal policy.

U.S. companies are putting in place measures to cushion the impact of the trade row, including price hikes, and a number of companies – from industrial firms to home furnishers and toymakers – have said they will move some sourcing and manufacturing outside of China.

China’s exports are expected to have maintained solid growth in July despite the new tariffs on billions of dollars of shipments to the United States, though the outlook has darkened as both sides raised the stakes in the trade brawl.

The vitriol from the People’s Daily follows Trump’s comments on Twitter from Saturday in which he boasted that his strategy of placing steep tariffs on Chinese imports was “working far better than anyone ever anticipated”, and that Beijing was now talking to the United States about trade.

Trump cited losses in China’s stock market as he predicted the U.S. market could “go up dramatically” once trade deals were renegotiated.

China’s stocks were lower on Monday as Beijing’s latest tariff threats escalated the tit-for-tat Sino-U.S. trade war, though the central bank’s efforts to shore up the tumbling yuan helped to stabilize the currency. 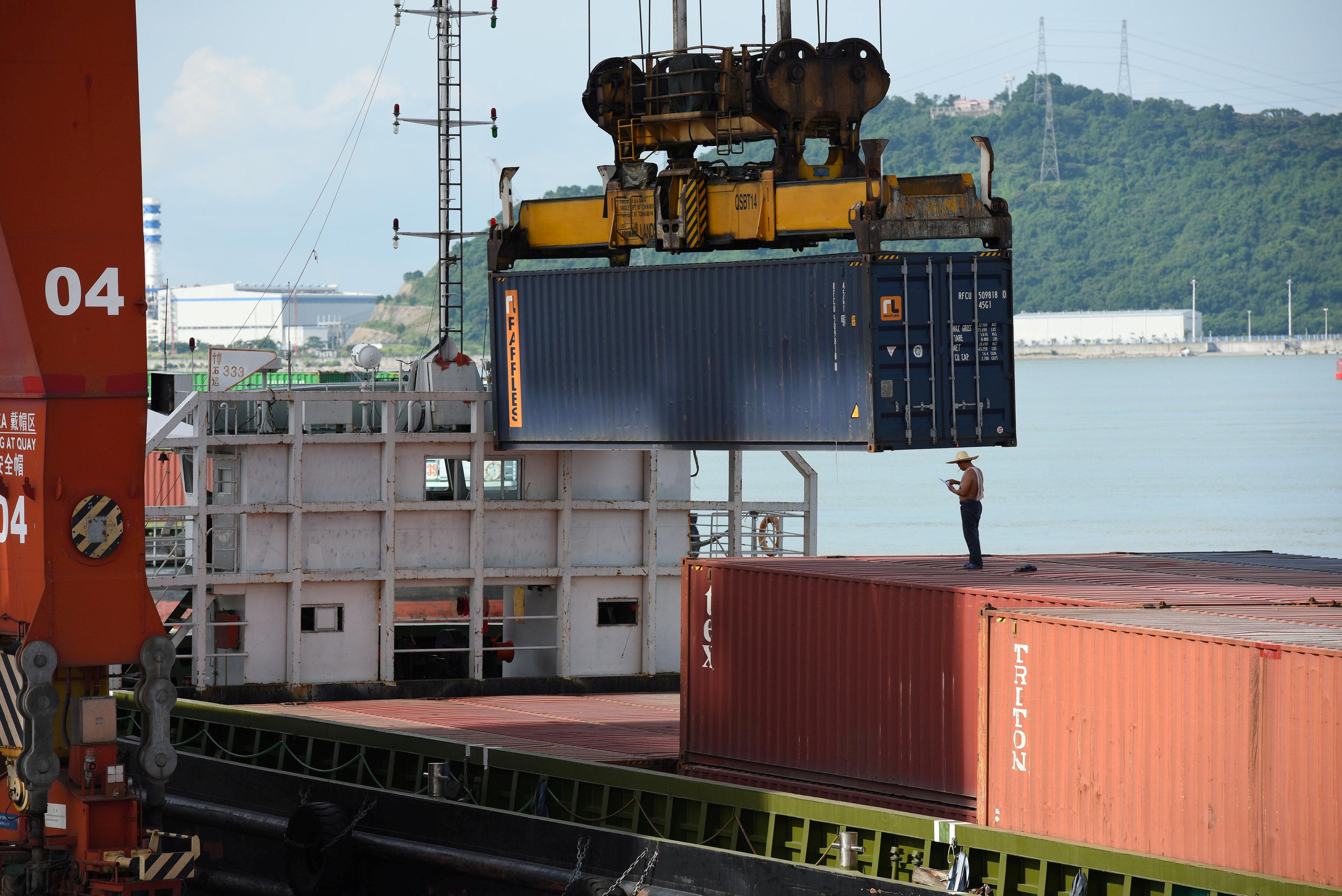 McCarthy said that while China’s proposed new tariffs appeared proportionate, “White House tweets claiming an upper hand for the U.S. over the weekend risk another round of confidence sapping exchanges.”

Yet, a flurry of articles in Chinese state media emphasized the resilience of China’s economy and downplayed concerns about the impact of the Sino-U.S. trade war.

“Market participants foresee a relatively stable Chinese currency in the near term, without fear of impacts from the U.S.-China trade dispute. They expect solid economic growth momentum amid policy fine-tuning,” an article in the official English-language China Daily newspaper said, citing Chinese economists.

On Friday, the People’s Bank of China said it would require banks to keep reserves equivalent to 20 percent of their clients’ foreign exchange forwards positions from Monday, in a move to stabilize the yuan.

“Leading China’s economy on a stable and far-reaching path, we have confidence and determination,” another commentary in the main edition of the People’s Daily said.

Trump has threatened tariffs on over $500 billion in Chinese goods, covering virtually all U.S. imports from the Asian giant, demanding that Beijing make fundamental changes to its policies on intellectual property protection, technology transfers and subsidies for high technology industries.

“China has time to fight to the end. Time will prove that the U.S. eventually makes a fool of itself,” the Global Times said.