In testimony to the US Congress this week Federal Reserve chairman Jerome Powell, while reaffirming the Fed’s commitment to continuing to raise interest rates and shrink its balance sheet, added a couple of significant caveats that introduce a note of uncertainty about future US monetary policies.

Powell said gradual rate increases were the best option "for now’’ while also implicitly questioning whether a US yield curve that has been inching closer to inverting was signalling that monetary policy is tighter than the Fed has been assuming. 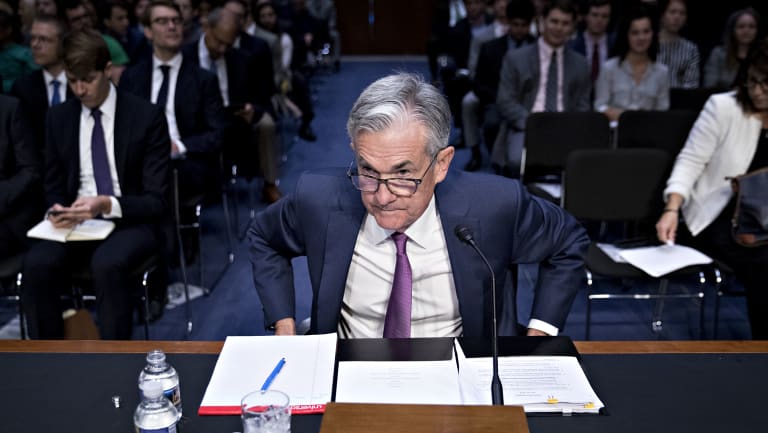 Given the centrality of the US economy and financial markets to the global economy and markets the course of US monetary policy has global consequences.

Where it had appeared the policy was settled for the next couple of years at least – a continuation of the steady ratcheting up of rates and the pre-programmed shrinking of the Fed’s balance sheet – Powell’s comments raise a question mark over that assumption.

There had been some in the market concerned that the Fed was committed to doing too much too quickly.

The spread between two-year and 10-year US Treasury bonds has narrowed to only 26 basis points, a level not seen since the financial crisis. The prospect of the US yield curve inverting – short-term interest rates rising above long-term rates – has ignited discussion about the potential for a US recession.

The yield curve has inverted ahead of every post-war recession (although not every inversion has preceded a recession) with the diminishing spreads and flattening curve pointing to investor scepticism about the sustainability of current US economic growth.

That could be because investors believe the rate of growth, perhaps accelerated by the Trump administration’s tax cuts, will force the Fed to move more aggressively; or that the big increase in US debt and deficits required to finance those tax cuts will choke off the growth; or that the Trump trade policies will undermine it.

There may be a more technical explanation for why the yield curve is threatening to invert.

In the post-crisis environment there has been a lot of talk about the "new normal’’ and the new "neutral’’ policy rate – the level of interest rates which balances savings and investment within an economy at a level that delivers full employment and stable inflation. It’s an issue the Fed and other central banks, including our Reserve Bank, have devoted increasing attention to.

There’s an argument that the increasing impact of capital-light technology, ageing populations, rising savings in both developed and developing economies are behind the flat-lining productivity levels, low inflation rates, meagre wages growth and weak economic growth rates experienced within the developed world in the post-crisis era – that there has been a structural change in the global economy.

That would imply the neutral rate today would be lower than it would have been a decade ago.

Effectively he was saying that as the US yield curve moves towards an inversion it might be signalling that the Fed’s current policies are tighter than they should be, or at least closer to that point than the Fed has appreciated. 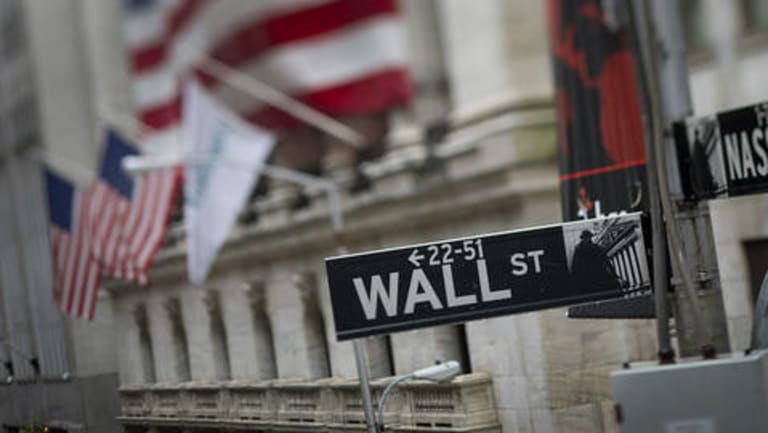 Some are warning the global economy can’t withstand a tightening of monetary policy.

A Fed miscalculation could have dire consequences. Macquarie Group’s head of Asia strategy, Viktor Shvets, told Bloomberg this week that financial markets were warning the Fed that the global economy can’t withstand its tightening of monetary policy.

He said the Fed was "destroying money’’ via its program of not reinvesting some of the securities it acquired as part of its $US3.6 trillion of bonds and mortgages purchases post-crisis. At the moment it is not reinvesting $US40 billion a month of those securities. In October the monthly rate will rise to $US50 billion.

It was always going to be a delicate and potentially dangerous path to normalisation of their policies and those balance sheets.

Effectively, the Fed is withdrawing liquidity and buying support for US government bonds (about $US230 billion of maturing bonds won’t be reinvested this year and $US600 billion next year) even as the US Treasury is issuing increasing volumes of predominantly short-term debt to fund both maturing debt and the rapidly-expanding US government deficit.

Shvets' argument appears to be that the extent of the build-up in global leverage post-crisis means that the world can’t cope with the withdrawal of US dollar-denominated liquidity and increased rates. The rest of the world and financial markets will force a halt to that process of shrinking the Fed balance sheet, he said.

Earlier this week former Fed chairman, Ben Bernanke, speaking at an event to mark the 10th anniversary of the crisis, was critical of the debt-financed Trump tax cuts and spending increases at a time of near full employment, while former US Treasury Secretary Henry Paulsen said that unless the US acted to rein in the rate of growth in government debt "that is the most certain fiscal or economic crisis we will have.’’

The key central banks – the Fed, European Central Bank and Bank of Japan – have expanded their balance sheets by nearly $US15 trillion in the post-crisis era while presiding over a decade of low or even negative rates.

It was always going to be a delicate and potentially dangerous path to normalisation of their policies and those balance sheets.

The Fed, having only relatively recently embarked on that process, may now be discovering – along with the rest of us – just how delicate and dangerous it is in a world that was highly leveraged and fragile even before the erratic policy-making and volatility associated with the Trump administration had to be factored in.