A new United Nations report released Wednesday outlined the horrific statistics on worldwide hunger levels, showing that billions of people are facing food insecurities or are on the brink of starvation.

The report, "The State of Food Security and Nutrition in the World," says world hunger rose in 2021, with around 2.3 billion people facing moderate or severe difficulty obtaining enough to eat. The number facing severe food insecurity increased to about 924 million. 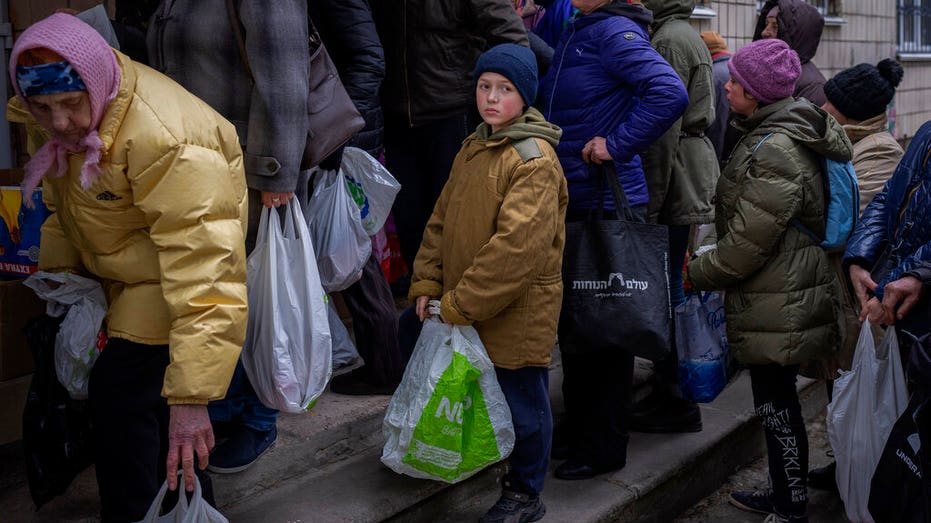 FILE: Sergei, 11, waits his turn to receive donated food during an aid humanitarian distribution in Bucha, in the outskirts of Kyiv, on Tuesday, April 19, 2022. (AP Photo/Emilio Morenatti, File / AP Newsroom)

Issued by the World Food Program, the U.N. Food and Agriculture Organization, U.N. Children's Fund, World Health Organization and International Fund for Agricultural Development, the report says the 2021 statistics make clear "the world is moving backwards in its efforts to end hunger, food insecurity and malnutrition in all its forms."

The heads of the five agencies say in the report that in addition to the disruptions to supply chains from the war in Ukraine that are driving up food prices, more frequent and extreme climate events are also causing supply problems, especially in low-income countries.

The report says hunger kept rising last year in Africa, Asia, and Latin America and the Caribbean, but at a slower pace than from 2019 to 2020.

David Beasley, head of the U.N. World Food Program, said the analysis shows that "a record 345 million acutely hungry people are marching to the brink of starvation" — a 25% increase from 276 million at the start of 2022 before Russia invaded Ukraine on Feb. 24. The number stood at 135 million before the COVID-19 pandemic in early 2020. 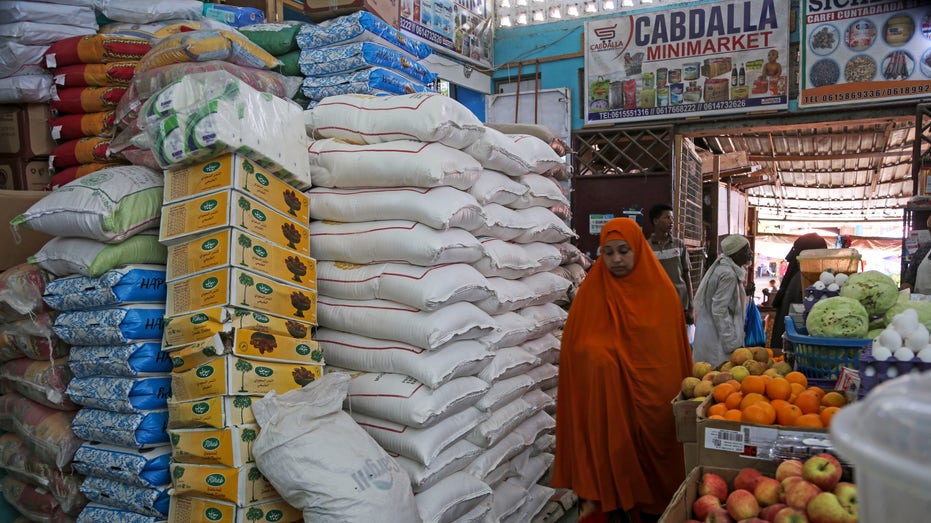 A woman walks past sacks of wheat flour piled high in the Hamar-Weyne market in the capital Mogadishu, Somalia Thursday, May 26, 2022.  (AP Newsroom)

"There's a real danger it will climb even higher in the months ahead," he said. "Even more worrying is that when this group is broken down, a staggering 50 million people in 45 countries are just one step away from famine."

The prevalence of "undernourishment" — when food consumption is insufficient to maintain an active and healthy life — is used to measure hunger, and it continued to rise in 2021. The report estimates that upwards of 828 million people faced hunger last year.

Before the war, Ukraine and Russia together accounted for almost a third of the world's wheat and barley exports and half of its sunflower oil. Russia and its ally Belarus, meanwhile, are the world's No. 2 and 3 producers of potash, a key ingredient of fertilizer.

Beasley called for an urgent political solution that would allow Ukrainian wheat and grain to re-enter global markets.

U.N. development goals call for ending extreme poverty and having zero hunger by 2030, but the report says projections indicate that 8% of the world's population — nearly 670 million people — will be facing hunger at the end of the decade. That is the same number of people as in 2015 when the goals were adopted.