Varney: Pelosi’s impeachment event was an exercise in ‘self-promotion’

FOX Business’ Stuart Varney on how Nancy Pelosi’s impeachment meeting was a ‘charade’ compared to the celebration of the US-China trade deal signing.

FOX Business’ Stuart Varney, in his latest “My Take,” argues that not covering Pelosi’s impeachment news conference on “Varney & Co.” on Wednesday was the right move.

Instead, Varney said, he focused on what was considered the most significant event of “perhaps the year”: the signing of the US-China phase one trade deal.

“The speaker's event was an exercise in self-promotion,” he said. “A vindictive and hypocritical spectacle.”

Varney said Speaker Pelosi called the meeting “solemn” and warned we should not be “frivolous” with the constitution. After these comments, Varney said it went “downhill.”

Speaker Pelosi signed the articles and then proceeded to hand out pens to the seven chosen managers for impeachment. The pens had Pelosi’s name engraved onto them in gold, Varney said, and it seemed to be more of a celebration than something solemn. 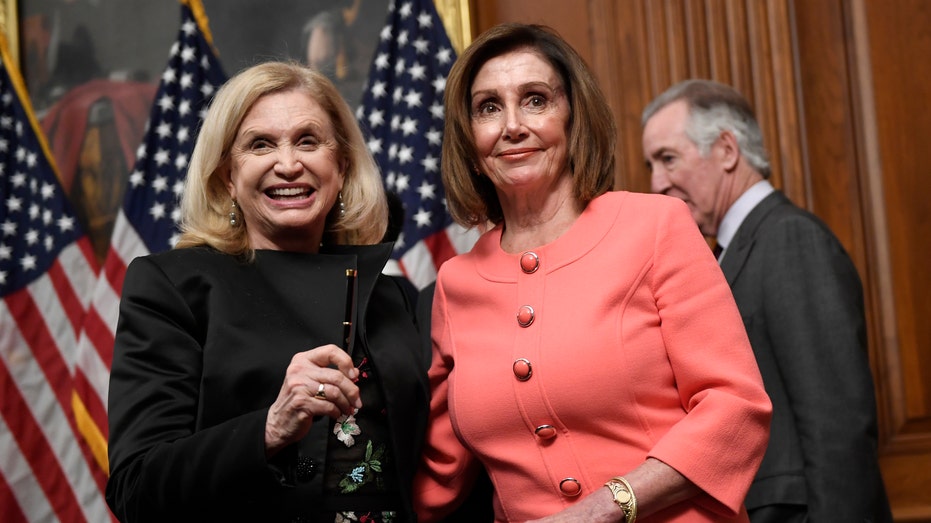 “Smiles all round, and of course, selfies with the triumphant speaker,” he said. “It wasn't solemn. The speaker was gloating, almost gleeful.”

After the signing, the articles were walked over to the Senate. Varney said there were no smiles in sight.

“They knew the camera was on,” he said. “It looked like a death march with Adam Schiff, top Trump hater right up front –what a charade.”

Varney said they know Trump will never be removed from office; the Senate will not kick him out.

“They just wanted to trash him,” he said.

Speaker Pelosi, according to Varney, has not accomplished anything besides giving out “souvenir” pens. So, Varney said, instead of forcing this “charade” on his viewers, he focused on the China trade deal signing.

“A deal that massively helps farmers, manufacturers, energy companies, tech companies and boosts the already strong economy,” he said. “I’ll call that a celebration of success."